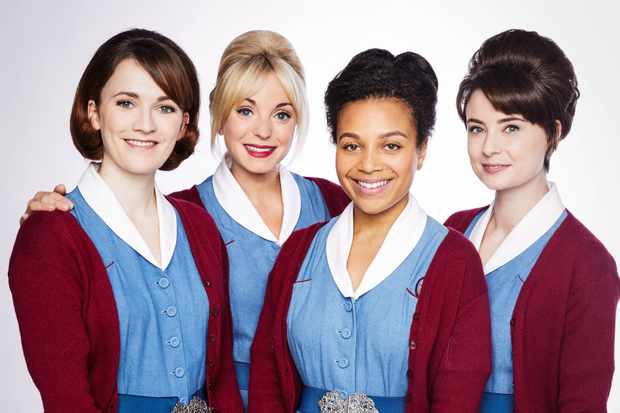 ‘Call the Midwife’ is a BBC period drama that first aired on January 15, 2012. It can definitely be called one of the most successful British shows of recent times. Having been on the air since 2012, the show will now enter a season nine, with its renewal confirmed since the show had struck a three-season deal with BBC back in 2016. For those interested, Season 8 of ‘Call the Midwife’ just ended on March 3, 2019. The show sources much of its subject matter from historical events and revolves around a group of extraordinary and courageous midwives who deal with the ’50s England and the social inequality. The show enjoys critical acclaim in both the US and the UK for its portrayal of social issues of the time in a manner that is both engaging and entertaining. ‘Call the Midwife’ has won numerous awards and commands a staggering 9.1 rating on TV.com.

Call the Midwife Cast: Who is in it?

Season 8 of ‘Call the Midwife’ saw several changes with characters leaving and new cast members being added. Of the new faces, we will see Miriam Margolyes of ‘Harry Potter‘ fame take to the screen as Sister Mildred, a forthright and indefatigable sister from the Order. Her role has been defined as “a gentle, kind, and forthright nurse, who joins the wives at the facility with Chinese babies in her hands”. Other new members who have been confirmed as regular cast for season eight are Fenella Woolgar who plays Sister Hilda, Ella Bruccoleri as postulant Sister Frances and Georgie Glen as Miss Higgins, the surgery’s new receptionist. Some actors like Victoria Yeates quit the show and moved on to the more lucrative role of Bunty in the ‘Fantastic Beasts‘ franchise. However, the door for her return has been left open and she just might be coming back in the future.

Season 9 is likely to feature all of the new faces we saw in Season 8 along with some of the series regulars that we have known and grown fond of over the years. These include Helen George as Nurse Trixie, Jennifer Kirby as Valerie, Leonie Elliott as Lucille, Linda Bassett as Crane, Stephen McGann as Patrick and Laura Main as Shelagh Turner.

Call the Midwife Plot: What is it about?

‘Call the Midwife’ has a simple plot that is laden with the complexities of time and society. It is centered around the work of nuns and midwives on Nonnatus House, which is a nursing convent and is a part of the Anglican religious order. These brave women have to cope with the wide range of medical problems in the Poplar district of East End of London that was desperately poor and lacking in resources in the 1950s. The plot, across the eight seasons, has focused on the sisters and nurses as they carry out several nursing duties across the community. Nonetheless, their primary concern is to help with safe childbirth and look after the countless newborns, a task which is monumentally difficult considering the fact that 80 to 100 newborns used to be born in Poplar alone, each month.

While Season 8 ended on a highly emotional note, there are several new strands of the storyline that could be picked up in the upcoming Season 9 which is supposed to be set in 1965. However, what will most likely make up the central plot of the new season is how the women turn to show support to street abortions, having failed to receive a termination legally provided to them by the NHS. Notably, this is a continuation of the agitation that began in the previous season and has not seen a fruitful conclusion yet. As the midwives campaign for women’s rights to have safe and legal abortions, the social issues of the show will serve as a backdrop to the twists and turns in the personal lives of the characters that we have grown so fond of. Of the Nonnatus House favorites, we are likely to see Valerie coming to terms with her grandmother’s imprisonment while Lucille carries on her romance with Cyril.

However, instead of focusing on the microcosmic occurrences of a season, what really seta apart ‘Call the Midwife’ is the wide range of social issues it takes on so boldly. Setting the show in the 1950s allows the portrayal of how much autonomy women lacked over their bodies and the complications that arose from this situation. Our society has for a large part looked unfavorably upon abortion, seeing it as killing a human life, oftentimes ignoring the circumstances under which the child was created, and mostly ignoring the opinion of the woman in whose body the child is growing. ‘Call the Midwife’ addresses all these issues and more as it grapples with topical socioeconomic and cultural issues that still remain prevalent to this day. Some of the other pertinent issues that the show takes on include stillbirths, prostitution, incest, homosexuality, mutilation and more importantly how religion and faith ties into the process of childbirth. This bold look is more important now than ever when we are seeing an increasing trend that is attempting to overturn the abortion laws in place in the USA, undoing years of progressive work. ‘Call the Midwife’ is extremely important in such a time to hold a mirror in front of society’s eyes and point out that ultimately women should have a right to their own body.

Call the Midwife Season 9 Release Date: When does it premiere?

Season 8 of Call the Midwife premiered on December 25, 2018. While Season 9 of ‘Call the Midwife’ does not have an official release date yet, following the pattern of the previous seasons we can hazard a guess as to when the show will air. It will most likely release on December 25, 2019, first premiering with a Christmas special episode before launching into the eight-episode season, which will most likely start in 2020. The show airs on BBC One.

Read More in TV Preview: How to Get Away With Murder | Sharp Objects