Can ‘Star Wars: The Force Awakens’ Land Into the Oscar Race ? 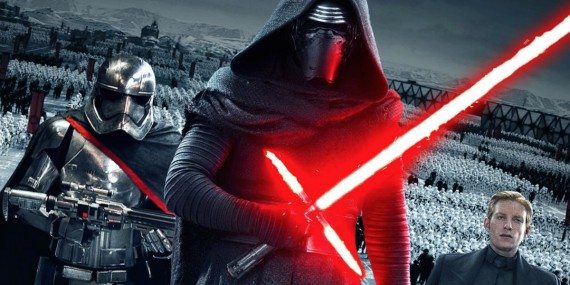 The answer is yes; it very well can. I am thinking beyond the obvious nominations for visual effects, sound and sound editing.

The first Star Wars (1977) film was nominated for a whopping ten Academy Awards including Best Picture, Best Director and Best Screenplay and won seven Academy Awards including musical score, editing, sound, art direction and more. The picture also took the Los Angeles Film Critics Award for Best Picture and was seen on many ten best lists. That same year it cannot be forgotten, Steven Spielberg gave us the superb Close Encounters of the Third Kind (1977), the years best film, which had nods for Best Director and many more but oddly NOT Best Picture despite being many peoples choice as the years best film, including me.
The Empire Strikes Back (1980) a greater film, easily the best of the Star Wars films was, incredibly, snubbed for Best Picture and Best Director, earning just three nominations, winning for sound and earning a special award for visual effects. Return of the Jedi (1983) was nominated for four Oscars, again winning a special award for Visual Effects but no others.

The ill fated prequels, which filled the pockets of George Lucas, did not fare well with either the critics or the Academy, the first nominated for three, the second for one and the third, and best of the prequels for a single award.

There are people within Hollywood who dislike the Star Wars films and for that matter George Lucas, but just as many who love them and adore Lucas as a pioneer. The fact it has been passed over to Disney and JJ Abrams could bode well for the franchise, and indeed the picture could be in the running if it is great.

And in that lies the key…it must be great — and not just good.

Let’s not forget that the Academy expanded the nominees for Best Picture up to ten so there is room for blockbusters in the grouping of Best Picture. JJ Abrams is the real deal, the man is an excellent storyteller and fine filmmaker, his revamp of the Star Trek franchise is first rate. If he can do the same for Star Wars then yes the film could land in the race.