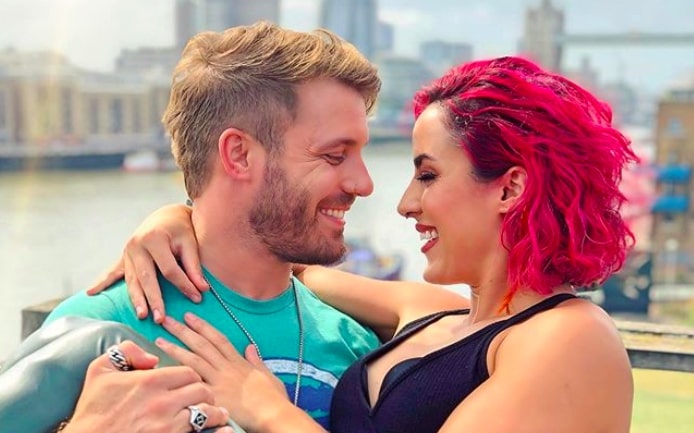 MTV’s ‘The Challenge’ is spiked with adrenaline. Even the viewers can’t help but feel the intensity of the reality game show. It has spanned over several seasons and continues to rise on the popularity charts. As viewers, we have been involved in the lives of the show’s participants even off the screen, and when it comes to Cara and Paulie, where does one start?

This couple’s rocky relationship has always been a thing of curiosity. If rumors make one doubt if they have broken up, they have contributed their fair share to stage their own fake break up too. In any case, the two bring different kinds of energies to the show, and for that reason, the dominating couple will perhaps be a hot topic for much discussion in the future as well.

Sorbello started off on ‘Fresh Meat,’ whereas Calafiore is ‘The Bachelor’ alum. In any case, they have cut out their presence on ‘The Challenge.’ Their relationship had quite the rocky start right from its inception. However, as viewers, we knew that the sparks were definitely there. Paulie was dating then-girlfriend Danielle Maltby when the two met. This by no means stopped him from starting a relationship with Cara. However, a blowup kind of ended things badly for both of them. Cara and Paulie, nonetheless, got back together. Since then, the two have been in each other’s Instagram posts, and their on-screen dynamics were quite notable as well.

The longevity of love wins over the opinions of hate. PERIODT #FindYourHappy

That said, their relationship doesn’t seem to be at the forefront of their lives at present, at least based on what we can see on their social media. This came out as quite a bit of a red flag concerning their relationship. The hints they have been throwing were quite the indicators. The first one perhaps was when Cara said that she is perhaps moving away from Montana, which happens to be where she stays with Paulie. They barely featured in each other’s stories during their ‘trips,’ and it seemed like they were tapering towards the end of what once was a dynamic connection.

This is my person.

The other breaking news was when they announced that they weren’t going to be a part of this season of ‘The Challenge: Total Madness.’ To abate worries, Cara came forward on Instagram live to state the reasons why they wouldn’t be appearing on Season 35. The first reason she stated was that her horse wasn’t doing well. The second was that cast members were fed up with Paulie sending them home.

Cara Maria Sorbello and Paulie Calafiore: Are They Still Together?

Yes, it definitely seems like the two are still together. At a quick glance, it is quite difficult to really say if they are together, but sometimes, the truth lies in the details. It’s true that the couple does not post pictures of themselves together as frequently as they did before. Most of their posts now are more about themselves than their relationship. That said, most of their solo videos and pictures are taken by each other.

(Swipe for happiness) Thank you to everyone for sharing their birthday stories and for all the beautiful comments and well wishes. I truly had the happiest birthday I could have asked for. Another year older and feeling the happiest I have been in a long time. ♥️ i am glowing up. 🙌🥰 Cheers! . . Photog/birthday singer: @paulcalafiore_ Special appearance by my princess @natalienegrotti . . Horse cake recipe: Boil oats in a small saucepan with a small amount of water. The less water the thicker the oats. Mush some bananas and molasses in. Shape and turn upside down on a plate and decorate with horses fave treats. 🥰

If Cara is working out, it is filmed by Paulie, and vice versa. Recently, the two even celebrated Cara’s birthday together, where Paulie sang her happy birthday. It seems like they have entered a phase where their love is more about supporting each other than filling each other’s feeds with their photos.

The goofy side of their relationship now seems to manifest through their Tik Tok videos. It’s perhaps true that things between them have undergone a dramatic change, but from what we can see at the moment, they still seem to be very much together.

Read More: Is The Challenge Scripted?