When Does Cardinal S04 Come Out? 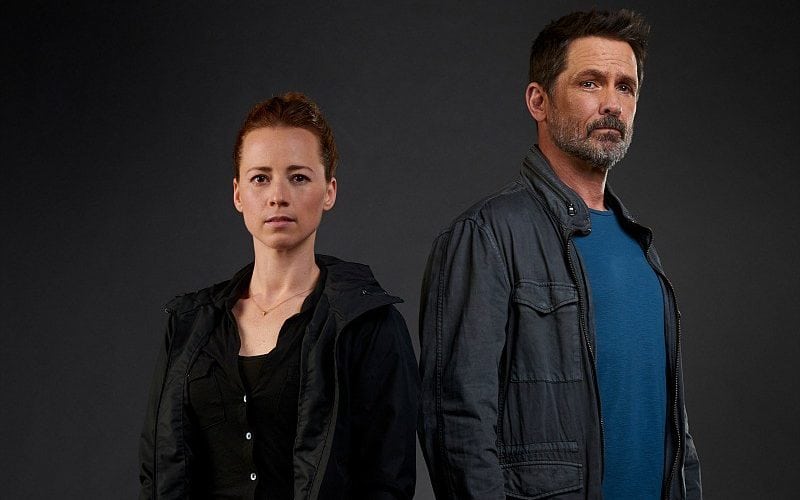 ‘Cardinal’ is a Canadian crime drama by CTV about homicide detective John Cardinal, who returns to his hometown after ten years to join the homicide brigade to investigate the death of a teenager with the help of his new partner Lisa Delorme. The series first premiered on January 25, 2017, in Canada and is an adaptation of Canadian novelist Giles Blunt’s crime novels about detectives John Cardinal and Lise Delorme in the fictional city of Algonquin Bay.

Season 1 of the show, consisting of six episodes, is based on Blunt’s award-winning novel, ‘Forty Words for Sorrow’ (2000), and explores the story of an ongoing investigation into the murder of a young girl. After receiving favorable reviews, ‘Cardinal’ was renewed for its second and third seasons, and CTV announced the renewals on February 28, 2017.

Well, CTV again renewed the series for a fourth and final season in 2019. Here’s all you need to know about ‘Cardinal’ season 4.

Cardinal Season 4 Release Date: When Will It Premiere?

‘Cardinal’ Season 4 premiered on April 6, 2020, on CTV in Canada. It is titled ‘Cardinal: Until the Night’ and will consist of six episodes. It should wrap up with its finale in May 2020.

For its US audience, ‘Cardinal’ is available on Hulu. Season 4 should land on the platform after it finishes airing on CTV. In all likelihood, ‘Cardinal’ season 4 should premiere sometime in June 2020 in the US.

Cardinal Season 4 Cast: Who Is In It?

The cast of the show comprises Billy Campbell as the titular character, John Cardinal, while Karine Vanasse takes up the role of Cardinal’s partner, Detective Lise Delorme.

Season 4 sees all the above cast members making comebacks, barring Deborah Hay, who left the show after season 3.

Cardinal Season 4 Plot: What Is It About?

Season 1 of ‘Cardinal’ focuses on the investigation into the murder of a young girl, 13-year-old Katie Pine. The season begins with Pine’s body being discovered in an abandoned mine shaft, and the mystery gets grittier and more intense with each passing episode. It also delves into a dark secret from Cardinal’s past and shows the evolving relationship between the titular character and Delorme, who starts the season with an investigation into Cardinal.

Season 2 picks up from the solid base established by Season 1, and opens with a magnificent first episode. The story of Season 2 revolves around a mysterious woman, initially known simply as “Red”, who shows up in town with amnesia. Later, it is found that she has a bullet lodged in her brain, and that someone is out for her head. The season follows Cardinal and Delorme as they seek to uncover Red’s identity and her pursuers, and is a gritty tale of crime, betrayal, and loss.

Season 3, too, begins on a strong note with Cardinal trying to come to terms with the suicide of his beloved wife, Catherine. However, as the story unfolds, Cardinal begins to question whether Catherine indeed committed suicide, while being involved in the investigation of a mysterious double murder.

Season 4 is titled ‘Until the Night’ and its official synopsis goes as follows: “Murder returns to Algonquin Bay, and this time it’s colder than ever.” CTV further adds: “Set against the bitterly cold and sometimes outright hostile environment of an Algonquin Bay winter. Season 4 challenges police detectives John Cardinal (Billy Campbell) and Lise Delorme (Karine Vanasse) in fresh, frigid, and frightening ways.” The case revolves around a prominent Algonquin Bay politician, who reports that her husband missing. Cardinal and Delorme suspect that this is an incident of a high-profile abduction.

For the latest clips and extras from season 4, you can check out the show’s official website.