Were Carl and Sandy in The Devil All The Time Real Serial Killers? 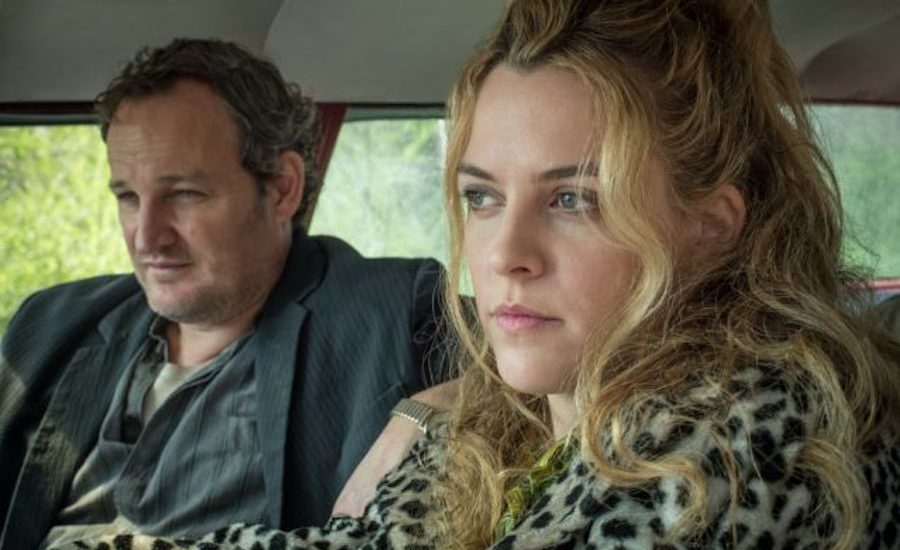 ‘The Devil All The Time’ follows the story of several people, whose lives intertwine in some shocking and fateful ways. One arc follows a couple who go around the state, giving rides to hitchhikers, taking them to isolated places, and then killing them. A photo op accompanies this, before as well as after the victim has been killed. Their dreadful actions are scary and make you think twice about ever hitchhiking again. Considering the sheer number of serial killers in and around that time in America, we wonder if Carl and Sandy were real too. Let’s find out.

No, Carl and Sandy are not specifically based on any real-life serial killers who killed hitchhikers in Ohio, but Donald Ray Pollock, the author of ‘The Devil All The Time’ did research a few serial killers to get a sense of their psyche. John Wayne Gacy, also known as the Killer Clown, had been one of his inspirations. Gacy had been active in the seventies, during which he raped, tortured, and murdered at least thirty-three people, a lot of them were young boys. He was known to lure his prey to his ranch house, under the pretext of helping them or providing them with drugs and alcohol. When he was caught, twenty-six bodies were found under the crawl space of his home, with others buried somewhere else or thrown in the Des Plaines River. For his crimes, he was sentenced to death and was executed by lethal injection in 1994.

Another serial killer whom Pollock researched was Donald Henry Gaskins. Hailing from South Carolina, Gaskins not only raped and killed his victims but was also known to eat them. With a troubled childhood and a streak of crime, he had been sentenced to prison before his true nature came to light. He escaped from prison and joined a traveling carnival, staying active in the game from the early fifties to the eighties. It was when he confessed about his crimes to someone else that the police got a whiff of his actions. Eight dead bodies were found buried in his backyard and he claimed that his tally was actually around a hundred. He was sentenced to death and died in 1991, but before that, he killed another fellow inmate in prison.

While Gaskin and Gacy committed horrendous crimes, they did not have an accomplice. Looking into the history of couples who were active serial killers around fifties and sixties, two cases come into focus. The first is the case of the Moors murders, committed by Ian Brady and Myra Hindley. They had been active between 1963 and 1965, which falls in the timeline of ‘The Devil All The Time’, but their playground was not Ohio, but Manchester, England. The couple targeted children, aged ten to seventeen, and would sexually assault them before killing them. The bodies would be disposed of at Saddleworth Moor. Both of them received life sentences, with Hindley appealing several times for a lenient sentence claiming that she had been reformed. But reprieve did not come for “the most evil woman in Britain”, who died in 2002 at the age of sixty, having served thirty-six years in prison. Brady, on the other hand, pleaded for death, and eventually died in 2017 at the age of seventy-nine.

Another couple who had been actively murdering people in the same timeline as the film were Caril Ann Fugate and Charles Starkweather. Fugate had been a mere fourteen years of age when she met a nineteen years old Starkweather. Prior to this, he had already been indulged in a life of crime, and once they got together, things only got worse. Fugate’s introduction to Starkweather’s streak of murders came with the death of her own family. One day, she came back home to discover that her boyfriend had killed her mother, her step-father, as well as her half-sister, who was just a baby. She later claimed that he had told her that her family was being held hostage and that they’d be fine if she co-operated. For six days, they stayed in the same house but had to run away when the neighbors and Fugate’s relatives got suspicious.

Following this, they killed a seventy-year-old man and his dog, in his farmhouse; two local teenagers who gave them a ride; a wealthy industrialist in Lincoln, his wife, their maid, and their dog; and a traveling salesman who had been asleep in his car. They were eventually caught, by which time Fugate had turned against Starkweather. She claimed innocence all the while, saying that she had been more of a captive than an accomplice. Starkweather, however, said that she had been a part of murders and was the most trigger-happy person he’d ever met.

At the end of the trial, Fugate’s theory of being a hostage was not found credible and she was sentenced to life imprisonment. Starkweather, on the other hand, was sentenced to death and died by electric chair in 1959. Seventeen years later, Fugate received parole, considering that she had been a model prisoner. Following this, she lived for a while in Lansing, Michigan, and eventually married a man named Frederick Clair, who died in 2013 in a car accident. Fugate was last known to have resided in Hillsdale and had appealed for a pardon which was denied by the Nebraska Parole Board.

Read More: Is The Devil All The Time a True Story?