Will There be a Carmen Sandiego Season 3 on Netflix? 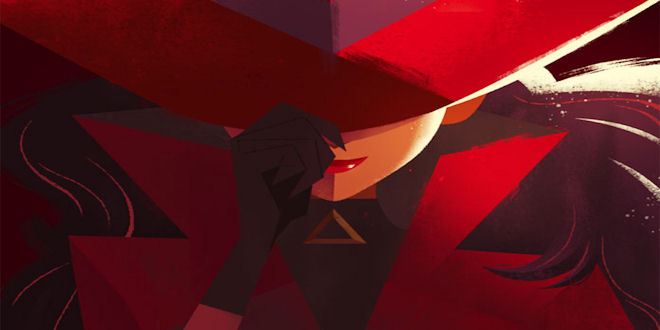 Netflix has also been quick on its feet to recognize their core audience: Millennials who are well into their twenties at the present form up, by far, the largest bulk of their subscription clientele, and it will also be the generation Netflix will be catering to in the immediate future. While there might have been a seemingly infinite barrage of new original offerings and purchased distribution licenses on shows and concepts made from scratch, Netflix does attempt to tickle their most-beloved generation’s nostalgia, harking back to relics of the close past. The first headline-breaking attempt among these was the Castlevania adaptation back in 2017.

While it was later on chalked out as a latch-on point for Netflix’s bigger multi-billion dollar investment into the anime market, the brand value of Castlevania piggybacks on the success of the number of video games that were produced on several platforms from the early ’90s till the current decade. Perhaps Netflix’s only other comparable attempt since then to harp on a major iconic figure originating from the video game industry of yore is their animated original – Carmen Sandiego. The first and the second seasons of the show premiered on January 18, 2019 and October 1, 2019 respectively, on the streaming website. But will there be Sandiego season 3? Here’s everything we know.

In the beginning, the more skeptical fans of the franchise had some legit concerns about voice talents. It was a grave task to pull it off well – if nothing else, it would be an immensely challenging task to step into the shoes of Rita Moreno, the voice actor to represent Carmen Sandiego in the 90’s Fox Kids-sponsored TV adaptation of the character’s misadventures (Where on Earth is Carmen Sandiego?; up till Netflix, this show had undisputed claims to being the gold standard in the lore department of the franchise).

For the younger readers among us, to clarify, Rita Moreno is among the only living actors to ever have won all four major annual awards related to film and TV entertainment in the US – an Oscar, a Grammy, an Emmy, and a Tony. Some of this crisis was alleviated because Netflix’s rendition of the character cranks it back a notch to focus on a much younger Carmen as opposed to the mature criminal mastermind well into her thirties that we are accustomed to from Fox’s show or the several video game versions, even though there is no canon origin that takes priority.

At any rate, the chosen heir to Rita Moreno’s legacy, Gina Rodriguez, has been phenomenal in playing Netflix’s Carmen (to her credit, she is also a celebrated actress with a Golden Globe Award in the bag for the rom-com series ‘Jane The Virgin’). The other member of the main cast in Netflix’s Carmen Sandiego would also be immediately recognizable especially to sci-fi lovers. Finn Wolfhard, a.k.a Mike from Stranger Things plays the ‘Player’ in the show. I

It is a no-brainer that both Gina Rodriguez and Finn Wolfhard have cemented their seats as the staple choice to represent the main cast in season 3 as well, and we will also most likely see Liam O’ Brien return as Professor Maelstrom, and Dawn Lewis return as the ACME boss.

Carmen Sandiego Plot: What is it about?

The comparison we had drawn earlier with Castlevania is well-founded. Carmen Sandiego was originally a video game which was on its own anchor to many innovative concepts new to the medium for its time, the mid-1980’s. Granted, both the nomenclature and the characterization of Carmen Sandiego was an afterthought assigned to David Siefkin, the game would nevertheless go on to be successful in an unprecedented area: education.

Carmen Sandiego was also among the earliest examples of edutainment through video games. It received much more traction later on in the reality TV show scene with PBS’ spinoff from the franchise that tried to capitalize on the kids’ game show trend set off by the success of ‘Double Dare’.

Both the video games and these reality shows echo the question ‘Where in the world is Carmen Sandiego’, but the origin story was only explored in Fox’s 1994-1999 animated series based on the franchise. The Netflix rendition, however, seems to go opposite against the established lore – instead of the VILE (an international organization of villains) head figure, Carmen here seems to be more of a vigilante Robin Hood figure, a thief that battles other thieves while often harbouring shared interests with ACME, heretofore her arch-nemesis detective organization.

Carmen Sandiego Season 3 Release date: When will it premiere?

Carmen Sandiego Season 2 premiered on October 1, 2019. As far as the next season goes, there hasn’t been any official announcements yet. What we do know is that the cast of the show has indicated that there are more seasons coming. Also, the fact that the legacy of Carmen Sandiego is huge and two seasons in no way justifies that. So, we are pretty sure that the show is coming back again next year. If renewed, Carmen Sandiego Season 3 will most likely premiere sometime in June, 2020.

Check out the season 2 trailer below. If you have been looking to dig into Netflix’s Carmen Sandiego for the first time, catch all the episodes of the previous season on Netflix.