Who Is Carole Whitworth? Where Is She Now?

When it comes to true crime documentaries, Netflix has never failed to deliver, and even this time, with its release of ‘I Am A Killer: Released,’ it didn’t disappoint. This spin-off of ‘I Am A Killer’ has the same concept – featuring interviews of convicted murderers. However, unlike the latter, this documentary series follows the story of a single individual, Dale Wayne Sigler, who was convicted of capital murder in 1991 and was sentenced to death. He was on death row for three years, but after the State of Texas amended its laws, his defense team was successful in getting it reduced to life imprisonment.

This change in sentencing also meant that Dale would be up for parole within 30 years. And, as the series showcased, a woman who has helped him at every step of the way, especially after his parole, is his pen-pal, Carole Whitworth.

Who Is Carole Whitworth?

Carole Whitworth is a 71-year-old woman who resides in Texas and always believes in the good in people. She met Dale at the Wayne Scott Unit in Angleton, while she was there visiting her step-son. Dale walked in, and her son introduced the two to one another. As soon as they got to talking, Carole realized that Dale was genuinely a nice and caring man. This was, of course, after Dale had found faith and had become a man of God. Carole always wanted to be someone who helped others, who was there for those who felt discarded or alone, so when she found out that Dale didn’t have anyone, especially in Texas, she stepped in. She and Dale started exchanging letters and soon got to know one another.

Over the 9 years that they communicated via words, Carole got over 200 letters from him, all of which she has saved. When their connection got stronger, Dale started calling her “Mama Carole” and said that she truly is his second mother. Considering how he has not seen his biological mother face to face since 1997, and probably won’t see her for a while because of her failing health, it seems like a maternal figure is something that he desperately needs. And, Carole is happy to play the part. When Dale was up for parole and needed a place to stay, he shyly asked Carole if he could parole to her. After a single moment of hesitation, she said okay.

Carole’s family had a lot of reservations about Dale, but she stood up for him every time. She even spoke of how much she believed in him. On camera, she admitted that she herself had little doubts and worries, but they were always fleeting. Carole said that she knows him, she accepts him, and that she wants to be there for him, for as long as possible.

Where Is Carole Whitworth Now? 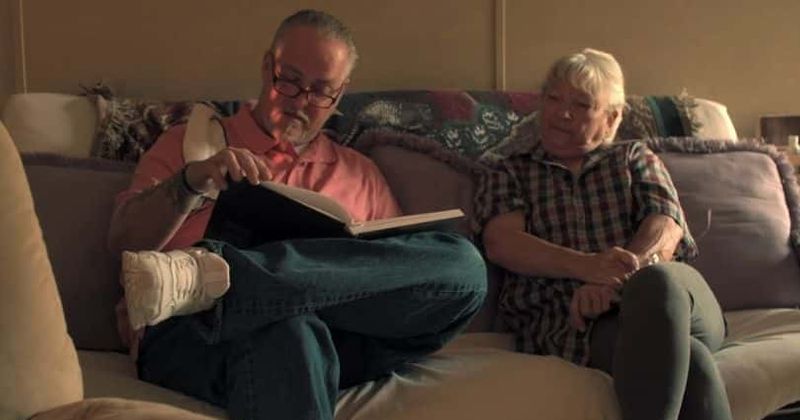 Carole Whitworth still resides in her mobile home in Texas with Dale Sigler. The relationship between the two is just like any other mother-son duo. They have their arguments, their bad days, but in the end, they always kiss and make up. In the series, Carole mentions that Dale managed to win not just her heart but the heart and trust of everyone that he has met. Ever her skeptic family understood him and felt okay with him living with her. Carole didn’t know all the details of his crime when she opened up her life, her home, and her heart to him, but when she asked and did find out, all she felt was remorse and sadness for him, no fear for herself or her situation. Compassionate and strong may just be an understatement to describe her. (Featured Image Credit: Netflix)