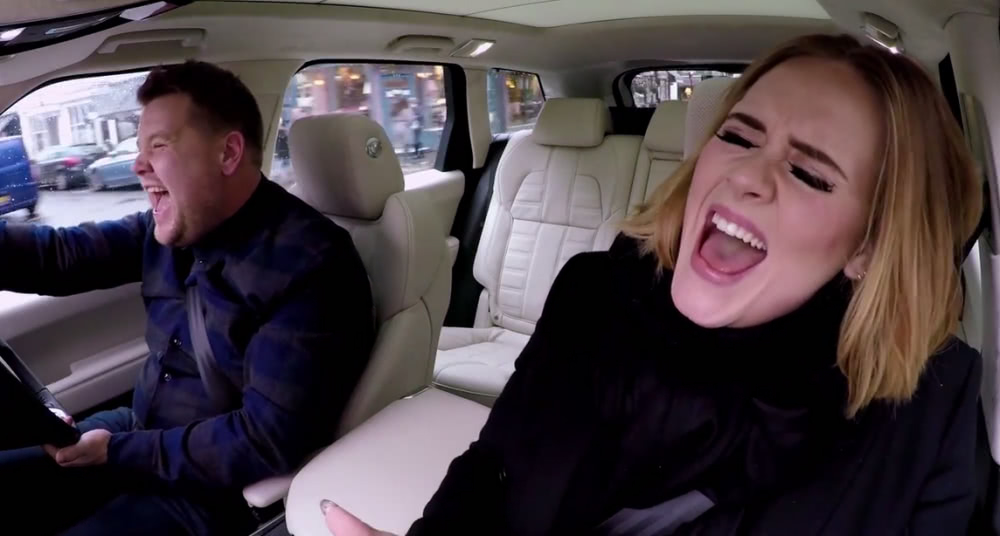 ‘Carpool Karaoke: The Series’ is a reality web television show that debuted on Apple Music in 2017. It is a based on the Carpool Karaoke segment of ‘The Late Late Show with James Corden’ and features celebrity pairs who drive together inside a car and sing-along to popular songs. An Emmy winner, it is produced by CBS Television Studios and Fulwell 73. James Corden, Ben Winston, and Eric Pankowski are credited as the executive producers. Created by Winston and Corden, the show is directed by Benjamin Green and Blake Webster.

Carpool Karaoke Cast: Who is in it?

‘Carpool Karaoke’ is well-known for its odd celeb pairings. We have seen combinations of John Legend and Alicia Keys; Billy Eichner and Metallica; Corden and Will Smith; Corden and LeBron James; Miley Cyrus and her entire family; and Sophie Turner and Maisie Williams from ‘Game of Thrones’. Then there have also been stars from ‘Star Trek: Discovery‘ (Sonequa Martin-Green, Mary Wiseman, Anthony Rapp, and Doug Jones); Jason Sudeikis and The Muppets; The Lonely Island and “Weird Al” Yankovic; Snoop Dogg and Matthew McConaughey; Rashida Jones and Quincy Jones; Lil Yachty and Tyra Banks; Jamie Foxx and Corinne Foxx; Neil Patrick Harris and Tyler Perry; and Linkin Park and Ken Jeong.

Carpool Karaoke Plot: What is it about?

Created as a spinoff of James Corden’s Late Late Show’s recurring section, ‘Carpool Karaoke’, the eponymous show is Apple’s second attempt in original programming, after its short run with ‘Planet of the Apes’ (the series version). ‘Carpool Karaoke’ first premiered on Apple Music, but later on, shifted to Apple TV for its second season. Each episode features celebrities who ride together and sing along to music that plays inside the car. Along the way, they visit places that hold meaning to them, hum on tunes from their own playlists, and give surprises to passersby on the lanes. Branded as a short-form singalong show, it has garnered a huge fan base since its debut in 2017.

‘Carpool Karaoke’, after its release, received widespread acclaim, both from critics and the audience. There was a bit of criticism too. For instance, as per Variety, “For a segment that emphasized spontaneity and intimacy, Carpool Karaoke on Apple Music feels distancing–highlighting how dissimilar the guests are from the audience, instead of the other way around.” But still, it is an enjoyable ride as we get to know about our favorite stars’ personal musical preferences.

For example, on the Jones episode, Rashida shoots questions at her dad Quincy Jones, about his work with icons such as Sinatra and Michael Jackson. On the way, they hum along to Q’s hits. On the ‘Star Trek: Discovery’ episode, Sonequa, Anthony, Doug, and Mary discuss their Trekker fanbase while singing to numbers of David Bowie, Ed Sheeran, and Rent. Again, the Foxx dad-daughter duo argues over their favorite bands. In this case, it is the Charlie Daniels Band vs. Cardi B. We can go on and on. But we think, by now, you get why this show has garnered such a massive fan following.

Carpool Karaoke Season 3 Release Date: When will it premiere?

‘Carpool Karaoke’ season 2 premiered on October 10, 2018 on Apple TV.  This was after an announcement by the tech giant in February 2018, which stated that the series had been renewed for a second installment. After spanning 19 episodes, it concluded on March 28, 2019. This title is a part of Apple’s ambitious plans to further expand its slate of original programming on its streaming service. As per latest data, the company would be investing a huge amount on its original shows, which includes deals with personalities such as Oprah Winfrey, Steven Spielberg, Reese Witherspoon, and Jennifer Aniston, to name a few. Moreover, the company is further augmenting its video-streaming attempts by launching the subscription-based Apple TV+, which launches later in 2019 and has scheduled more than 12+ shows to be released on the platform. Additionally, since ‘Carpool Karaoke’ relies heavily on the already existing stardom of fan-favorite celebs, which easily pop up on social media and YouTube, it is, of course, a safe bet.

Now, as far as a third season is concerned, here is the good news. Apple has renewed the series for a third season, and production is already underway. To add to the excitement, the latest installment is all geared up to include the cast of ‘Stranger Things‘ (Finn Wolfhard, Millie Bobby Brown, Gaten Matarazzo, Caleb McLoughlin, Noah Schapp, and Sadie Sink) on one of its episodes. The number of episodes should be around 20 if we go by the figures from previous seasons. However, Apple has not announced an official release date for the next season yet, but we expect it to debut later this year. We shall update this section with concrete news on ‘Carpool Karaoke’ season 3 release date as and when we learn more.

While we wait for an update on ‘Carpool Karaoke’ season 3, check out the official trailer for season 2 of the series. Additionally, if you have not watched the show yet, you can head to their official website and catch up on all the previous episodes.