Is Carson Kressley Married? Does He Have Children?

Describing Carson Kressley as only a TV personality, actor, and designer might just be an understatement. The fashionista began his career as an independent stylist, working at Ralph Lauren from 1994 to 2002. Later, he gained the necessary exposure and rose to fame in 2003 by being the “fashion savant” of the Fab Five on Bravo’s ‘Queer Eye.’ After that, he only rose higher, boogieing on season 13 of ‘Dancing with the Stars’ and landing the role of a judge on ‘RuPaul’s Drag Race,’ picking apart every bit of the Drag Queen performances done in front of him. Well, let’s find out about his personal life.

Born to Willard and Barbara Kressley on November 11, 1969, in Allentown, Pennsylvania, Carson Kressley was raised with his sister Diana and brother Brian W. Kressley in the unincorporated community of Orefield. With his family owning a farm and raising ponies, the siblings competed in equestrian events from an early age. And now, while Carson is conquering the entertainment industry, his sister, Diana Kressley-Billig, as a national champion equestrian who runs the 125-acre farm in Lynn Township that has been in the family for four generations, is doing the same in her field. 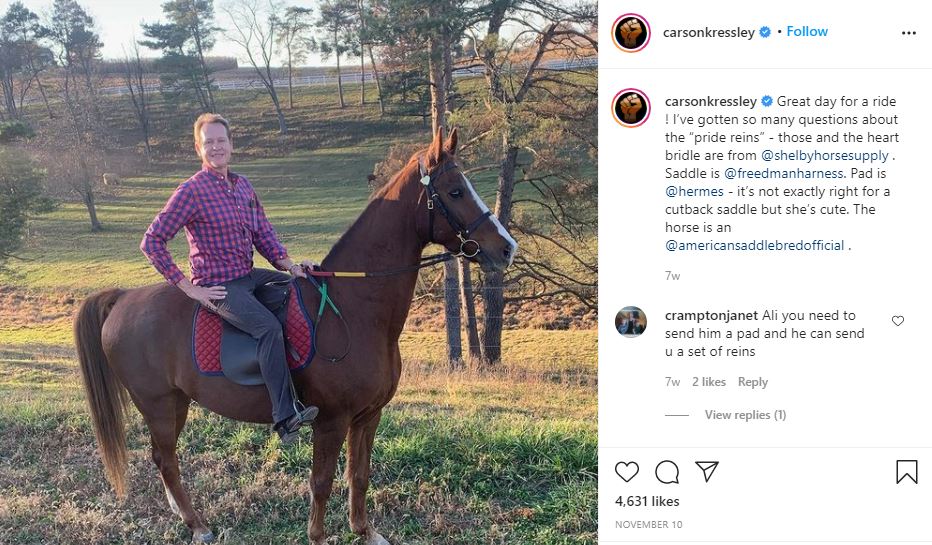 Carson recalls his childhood years in Lehigh County to be idyllic. Yet, even though he has been open about his sexuality to the public from the very beginning, his parents were amongst the last to learn about it. In fact, Carson came out to them just days before the premiere of ‘Queer Eye’ (originally ‘Queer Eye for the Straight Guy’). “Literally, the weekend before the TV Guide was coming out with us on the cover and the show’s name, I had to tell them,” he admitted to The New Zealand Herald. But thankfully, as they already had an idea about it, it wasn’t traumatic or a big deal.

Carson Kressley opened up about the details of his personal life in 2016, revealing that he had previously been in a relationship with former Atlanta Falcons defensive lineman Esera Tavai Tuaolo. He didn’t go into too many details, like when it happened or for how long they dated, but the fashion guru only had the kindest things to say about the NFL player who came out in 2002 following his retirement two years prior. 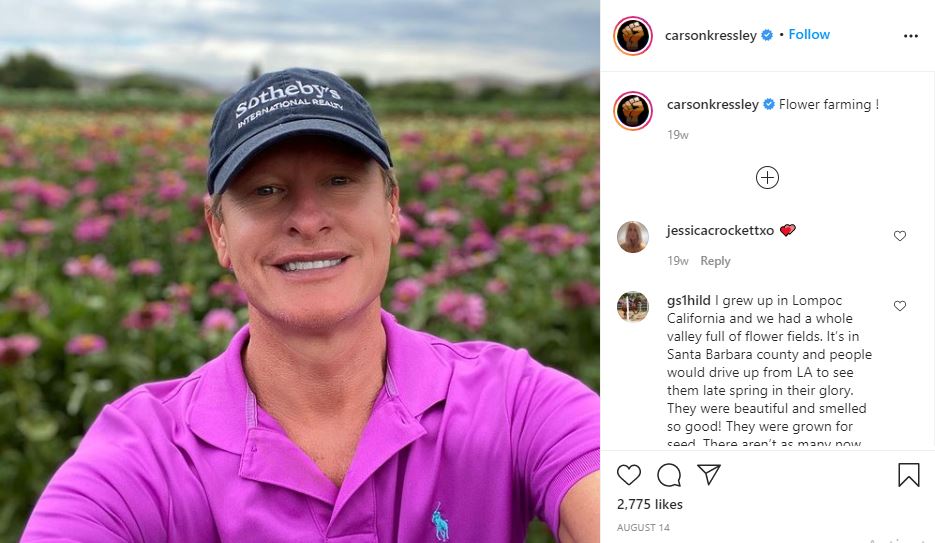 Speaking to Bravo TV after that, Carson admitted that dating a footballer was “pretty sexy” and that even though he and Esera weren’t together for long, he wouldn’t have minded marrying him at that point. Furthermore, considering how he and Esera have remained friends to this day and don’t even object to complimenting each other publicly, we think it’s safe to assume that, despite what happened, they parted on good terms.

Carson Kressley currently seems to be single, with his only relationships being with his new Cane Corso dog, and of course, his horses. In the past few years, though, there have been rumors that romantically linked him to Thom Filicia, his co-star on ‘Get a Room with Carson & Thom.’ But they have remained just that – rumors. 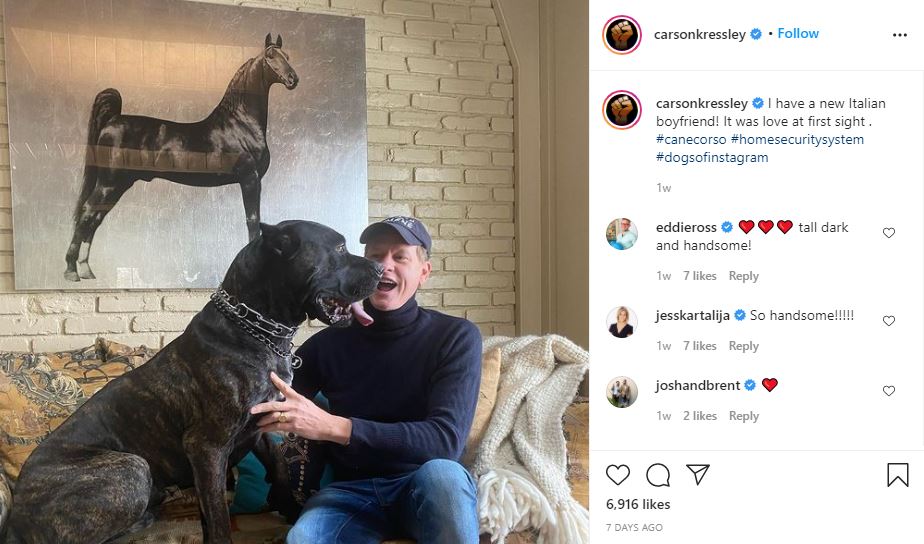 After all, the pair have since admitted to their friendship and stated that instead of getting involved with each other, they usually play the role of a wingman. “We kind of help [each other meet people],” Thom said. “It’s very funny, you know; it’s easier to talk to someone you’re not flirting with so I’m really good. I can help him out when he’s being a little shy.”