Are Caryn Chandler and Matt Roloff Still Together? 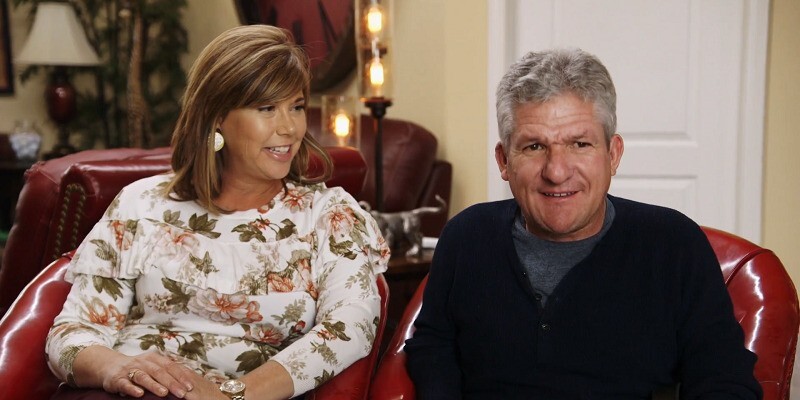 When ‘Little People, Big World’ premiered in March 2006, even the show’s cast member, Amy Roloff, didn’t think it would become as successful as it is today. Lo and behold, a few episodes turned into 20 seasons. The show chronicles the daily activities of the Roloff family, comprising Matt and Amy Roloff (now ex) and their kids – Zach, Jeremy, Molly, and Jacob. The two parents, along with their son Zach, suffer from dwarfism. Over the years, the reality show has managed to garner critical acclaim for its responsible treatment of people of short stature. It has also sparked controversies, mostly because of the volatile dynamics between Matt and Amy Roloff.

Apart from the two, there is one more person who has often been the center of many sensitive matters on the show – Caryn Chandler. Since she is not a part of the main cast, many fans are unaware of her origins and current whereabouts. So, who is Caryn Chandler, and where is she now? Read on to know.

Caryn Chandler and Matt Roloff: How Did They Meet?

Caryn Chandler is originally from Surprise in Arizona, AKA Grand Canyon State.. She suffered a nasty divorce battle, more like a slug fight, with her ex-husband Joseph Chandler, with whom she shares two kids, Brittany and Connor. Before being put under the spotlight on the show, Caryn used to work on Matt’s farm as a manager and later as a personal assistant.

We all had such a wonderful time at the reception.. so many families merging from all over the globe .. family came from Iowa, Michigan, Florida, Chile, London, India, California, NY, Oregon just to name a few. (&in no particular order lol). All celebrating Jacob and Izzy’s union in the most Special way! @carynchandler1 and I sat back in amazement of the entire event… even the part where it poured rain was fun and exciting! :)).

After working for a decade, Caryn finally quit her job in 2018, which frankly isn’t surprising, as she has actually become a member of the Roloff family.

Thankful for spending Thanksgiving in Arizona w these beautiful souls. 💛 Wherever u find yourself today … I wish you love & happiness. If u have a chance, enjoy some dutch apple pie. My fav. 😉 #thanksgiving #surprise #arizona #family

Caryn has regularly been a hot topic of discussion/argument between Matt and Amy, and many suspect Caryn’s proximity to Matt, even when he was married to Amy, to be the reason. And in Amy’s memoir, A Little Me, she has spilled some beans, which only add fuel to the fire.

Amy has hinted on finding “messages, pictures, and other things” on Matt’s phone that are pretty inappropriate to share between an employee and an employer, especially when he is still married to someone else.

Ok. This is some serious Roloff family business that I’m going to lay out for you all!! … I am the most Blessed Grandpa on the planet earth.. not to take anything away from All the other Blessed Grandpas’ out there in grandpa land… but over the past several days ( I haven’t been on social media much) because we’ve been a bit occupied.. most of you probably know my 3rd grand baby Lilah Ray was born to my son Zach and his amazing wife Tori Over the past several days… I’ve taken a hundred different photos and dozens of videos of all the incredible experiences we’ve had as an extended family. Soon our fourth grand baby will arrive. But this post is about the latest edition to the Roloff family. Lilah is a professional baby.. no other way to say it!’ ..Just like her big brother Jackson and her cousin Ember she is Amazing in every way. She’s beautiful, calm, cool and collected. She eats and sleeps just like a professional baby. Out of the many photos taken over the past few days I choose these to share because they show the family unity that came together to make everything perfect. … And another perfectly crafted individual grandchild enters the world for this very very proud grandpa! #lovelovetoAllthegrandpasoutthere #bringonmoreimready

However, fans of the show have not always been kind to her, and she has suffered social media bullying by people who refer to her as a “gold digger,” “money grabber,” and “house breaker,” among many other things. Instead of allowing it to affect her mental peace, Caryn has continued to be optimistic concerning her relationship with Matt.

Are Caryn Chandler and Matt Roloff Still Together?

Caryn is still an active part of the show. With Amy entirely out of the picture — now that she is engaged to her boyfriend Chris Manek — Caryn lives with Matt on his farm at Portland, Oregon, and is very much a part of his family. Her Instagram posts are a testament to the fact that Matt’s kids’ have been more than welcoming of their father’s girlfriend.

“Disney Magic” really is a thing. 🥰

All the sweet babies were around today ! ☺️ Glad I’m gettin around better to be able to enjoy them.

In fact, they also have a name for her – Cha Cha.

That doesn’t mean that she has left her old life behind. Caryn regularly visits her hometown, Surprise, Arizona, to spend some quality time with her parents and kids – Brittany and Connor.

Cheers to all the wonderful, amazing Mamas out there … uplift and celebrate each other today !!! Blessed w/ my two kids & forever grateful to my beautiful mom for always showing me the way. 💐 Happy Mothers Day !! 🌸

She recently had a bone spur removal surgery, and is currently recovering at home, with Matt, by her side.

Today… I said goodbye 👋🏼 to the painful bone spur that had made its home on top of my foot for 2 long years! Huge thanks to Matt for being there to support me and help me recover. 🥰

Rumors of Matt and Caryn’s wedding have been doing rounds on the internet for a while now. However, Matt has confirmed that although they do wish to get married and settle down peacefully, it might be a while until the wedding bells ring. He added that they might probably hold the thought until Amy ties the knot with Chris. Fair enough!