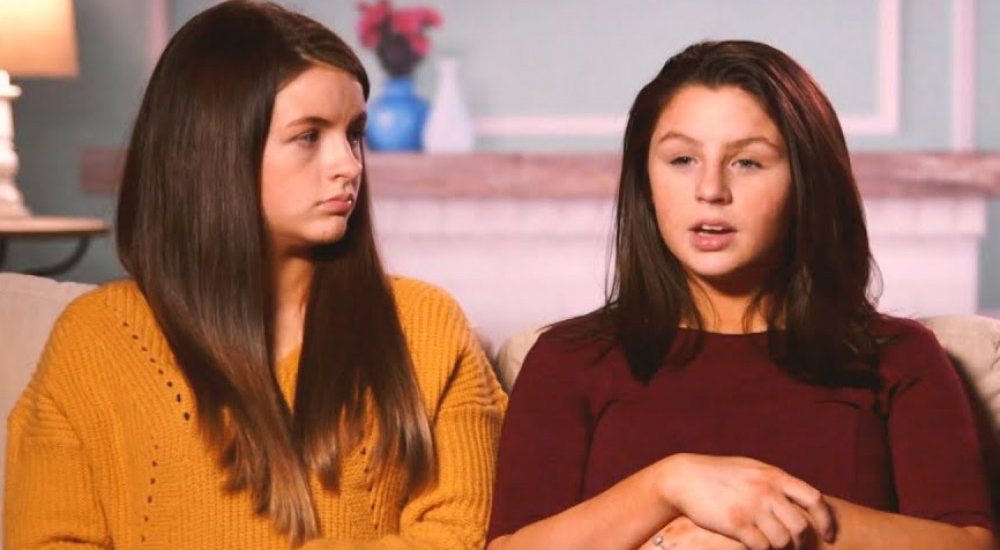 TLC jumped onto the teen pregnancy bandwagon a few years ago when they realized what a money-maker the concept is. With ‘Unexpected,’ TLC expected to compete with the likes of MTV’s ‘Teen Mom’ and ’16 and Pregnant’ series. ‘Unexpected’ is a reality TV series that chronicles the surprise pregnancies of teenage moms-to-be, their respective partners’ and family’s interaction and involvement throughout the pregnancy months, and their roles after the baby’s arrival.

From proms to baby showers to graduation, the show covers each milestone in the dramatic lives of the teenage mothers that are featured in each season. So far, there have been three seasons of the show, and if you’re wondering what the ‘Unexpected’ mothers and fathers are up to now, we have all the info right here.

McKayla and her high school boo Caelan have always had a tumultuous relationship, documented on TV ever since she became pregnant four years ago as a 16-year-old. They had a son together, and then a second pregnancy blessed them with a daughter. Continuing their on-again-off-again relationship, McKayla and Caelan decided to move in together at the beginning of 2020. Things didn’t work out between them, and they broke up after an explosive fight.

Happy Mother’s Day to all the mamas out there, I’m so lucky to be the mama of these two amazing kids. I love you so much Timothy & Gracelynn 💛

McKayla and the two babies have moved back in with her grandparents, who raised McKayla as well, and she is currently dating a mystery man. Careerwise, McKayla recently revealed that she has been selling risque photos of herself on an adult-themed app. Caelan has taken to YouTube to talk about how much he misses his kids and is seemingly doing his best to claim custody and establish legal rights as their father. However, we are not sure if he is still together with his new girlfriend, Hana Fawaz.

Happy 3rd Birthday to my best lil friend. You’re the best daughter I could ever ask for, you’re so smart & strong & beautiful. You amaze me everyday, thank you for saving me my babygirl. I love you more than life itself. 💞

Lexus got pregnant at 15 and gave birth to a beautiful little baby girl back in 2017. Her mom and grandmother supported her through the tough years of raising a child as a teenager. They apparently had a lot of experience, both mother and grandmother, also being teen moms. As of today, they still live together and support each other.

Lexus graduated from school just last year in 2019. She and her baby daddy Shayden, are not together anymore. Though, according to Shayden’s Instagram post, he still loves her and will keep trying to win her back. Reportedly, Shayden is also about to become a daddy again, with someone else this time.

Lj’s Baby Shower was so beautiful 💙

Lilly and James had a baby girl together after dating for only a couple of months in high school. Lilly was only 16 at the time when she became a mom. She had her own mother for support, though. Not having been together long enough to really know each other, it comes as no surprise that Lilly and James did not last long as a couple.

Lilly is now ready for baby number two, due in November 2020, with a new man – her current boyfriend, Lawrence Charles Bishop III. James keeps away from the media glare and doesn’t have much going on in the way of social media. So, it’s hard to say what he’s up to these days, but he seems to be a doting father to their daughter.

I couldn’t decide so you get all 4

Chloe was 16 when Max (then-18) got her pregnant. They had their baby girl in 2018. But the couple, unfortunately, didn’t last, due to many factors. For once, Chloe’s mom never warmed up to Max, and he also had substance abuse issues time and again. There were also rumors of a physical altercation between the two, but they were never confirmed.

The couple broke up in early 2020 after Max fell off the sober wagon yet again. Previously, Max had trouble with the law and was charged with felony theft a couple of years back when he pleaded guilty to stealing money and credit card from his friend’s grandmother. As of today, Chloe, 19, attends Arizona State University as Max lives close to her and baby Ava and strives to clean up his act and become a more responsible father.

We had to get matching pjs because why not

Laura and Tylor had their baby boy Lucas as teenagers, just like other couples on the show, and then they got married, unlike many others. Laura and Tylor were all set on becoming the last ones standing, staying together for the longest time out of all the ‘Unexpected’ couples. In 2019, they welcomed their second child – a baby boy named Leo, and in early 2020, they announced a third pregnancy, hot on the heels of their second baby.

My motivation for everything sits in these two kids right here. Miss you guys❤ #happyfathersday

Unfortunately, in June 2020, Laura announced that she had miscarried the third baby. After four and a half years of being together, the couple, who had been moving around due to Tylor’s US Navy posting, ultimately broke up in June 2020. While Laura is currently focusing on being the best mother to her two boys, Tylor has recently come out and revealed his on-going struggles with depression.

When they were first introduced in season 2 of ‘Unexpected,’ no one thought Emiley and Diego would last long. That was because Diego was kind of a brute to Emiley throughout. They had a baby girl in 2018 and split up soon after in a pretty messy breakup. But over the last couple of years, both have done significant growing up in life, and now they both seem to be on amicable terms.

The former couple has managed to maintain a healthy co-parenting relationship, for the sake of their daughter. Emiley has moved on romantically and is now in a pretty serious relationship with a Texas guy, Hunter Lynn. Diego has straightened up his act and joined the US Army. He is also seeing someone else, a woman named Madison Malik from Kent State University.

In one of the most unbelievable twists of modern reality TV, high-schooler Matthew Blevins got two girls pregnant, former BFFs Hailey Tomlinson and Hailey Tilford. Matthew had a baby girl first with Tomlinson and then dumped her via a text, moving on to Tilford. He then topped it all with denying paternity to Tilford’s baby, born in early 2020.

my family completes me 💗💗

Now, both teen mothers have kicked deadbeat dad Blevins to the curb and are now friends again, making sure that their kids know and love their half-sibling. Tomlinson (also known as Hailey One) is seeing a new man named Darren, while Tilford (Hailey Two) is dating a guy named Cole, who seems to have an uber-sweet relationship with her infant son.

After a lot of relationship drama – breaking up, denying paternity, moving towns, living together, getting engaged, breaking up again – it looks like Rilah and Anthony have finally separated for good. The couple shares a baby daughter named Malayah together. Rilah and Anthony broke up after she filed domestic abuse and battery charges against him. The case is yet to be heard in court, and as of right now, it is unclear how involved Anthony is in raising their one and a half-year-old daughter.

The best gift I’ve ever received 😫💓

Tyra and Alex had their baby girl Layla in March 2019. The young couple was together for quite some time before breaking up in mid-2020. Their split was amicable and mutually decided to be the best course of action as they each navigate parenthood and college life. Tyra and Alex want to focus first on being the best parents to Layla and may think about their relationship in the future.

Tyra is currently juggling mommy duties with college. According to her, Alex is still her best friend and will remain so. Alex is currently gearing up for a new sibling as his pregnant mother nears her due date in November 2020.

Happy birthday to my right hand.. I’m grateful for everything you do & for always being behind me no matter what 💙

Tyra’s younger sister Tiarra got pregnant within months of her sister. She gave birth to a baby girl in late 2018 and is still very much in love with the baby daddy, Dee Ragland. As of 2020, Dee has enlisted in the US Airforce and has recently completed basic training. Dee and Tiarra seem to make an incredibly cute couple, and as of right now, it is unclear what their plans are for their future. They are not engaged or living together currently but are still going strong.

Read More: Where Is The Cast Of Sister, Sister Now?