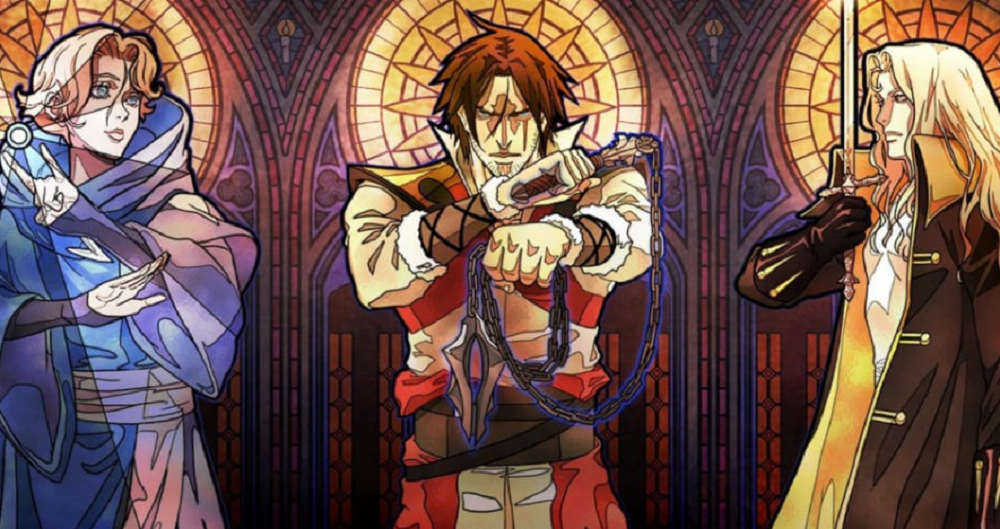 Over the years, several attempts have been made to traverse video games into the big screen, but almost none of these have managed to leave their mark and Konami’s ‘Silent Hill’ happens to be one of these games. However, on the other hand, Konami’s ‘Castlevania’ has now become one of the best game adaptations ever made and somehow with each season, it has managed to raise its standards to a whole new level.

Its fanservice is relevant, its action is very well-choreographed, and most of all, its characters are simple, yet profound and understandable. If you love this adaptation as much as the rest of the world and have been eagerly waiting for it to get renewed, read on further to know everything about its fourth season.

Castlevania Season 4 Release Date: When will it premiere?

The first season of ‘Castlevania’ premiered on July 7, 2017 on Netflix, with a very short runtime of 4 episodes. On the same day itself, Netflix had confirmed that it would be returning with a second season. Its second season later released on October 26, 2018, featuring a total of 8 episodes and this was eventually followed by its season 3 which released on March 5, 2020. Like all the previous seasons of the anime, season 3 received some really optimistic reviews from gamers and non-gamers alike. Moreover, even its inconclusive ending suggested that it would eventually return with another season.

The good news is that Netflix has already green-lit its fourth season. Although other details regarding this season are still under the covers, going by the previous release schedule of the series, we can expect ‘Castlevania’ Season 4 to release sometime in July 2021 on Netflix.  The streaming giant even announced this news on its official twitter account and posted a brief clip from Season 3 in which Forgemaster Isaac can be seen looking at his mirror. Check out the tweet below:

Sir Mirror has some Castlevania news, reply with 👏 to summon him from his box… pic.twitter.com/XdCPlTsAQM

Since no major changes have been made to cast of the series throughout its runtime, we again expect Richard Armitage (Trevor Belmont), James Callis (Adrian “Alucard” Tepes), Graham McTavish (Vlad Dracula Tepes),  Emily Swallow (Lisa Tepes), Theo James (Hector), Adetokumboh M’Cormack (Isaac), and Bill Nighy (Saint Germain) to play their respective roles in the next season. Moreover, it is also pretty obvious that Powerhouse Studio will again animate the show and Warren Ellis will pen down its script.

Where to Watch Castlevania Online?

You can stream all three seasons of ‘Castlevania’ on Netflix.