Will There be a Catastrophe Season 5 or is it Cancelled? 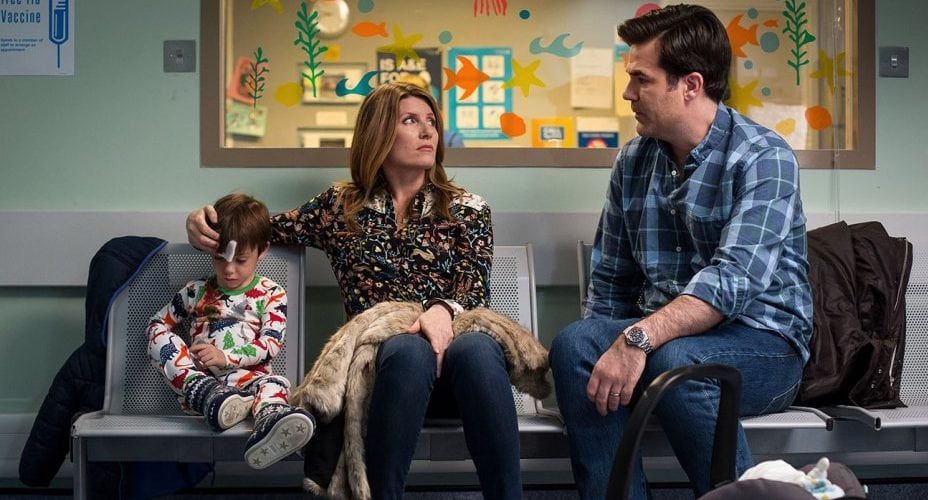 ‘Catastrophe’ is a British television sitcom that airs on Channel 4. in the UK and on Amazon in the US. The show has been created by and stars Sharon Horgan, who credit include ‘Game Night‘. Rob Delaney stars alongside her and shares the credits as the co-creator of the show.

British sitcoms have often tended to stand out and ‘Catastrophe’ is no different. The show has received universal critical praise and has always remained high in ratings, besides being a winner at the BAFTAs and being nominated for Peabody and Primetime Emmy Awards. Rotten Tomatoes surmises the show as “Catastrophe proves that there’s still a place for simple romantic comedy on television, as long as the actors have chemistry and the jokes are laugh-out-loud funny.”

The show first came out on January 19, 2015, and has seen a total of four seasons so far. But will there be a Catastrophe season 5? Let’s find out.

Catastrophe Cast: Who is in it?

Sharon Horgan and Rob Delaney take the center stage in the show as Sharon Morris and Rob Norris, respectively. Guest appearances have included names like Ashley Jensen, Mark Bonnar, and the late Carrie Fisher, among others. Notably, Fisher was a huge part of the show as she played the role of Mia Norris, that is, Rob’s mother. Naturally, her death cast a shadow on the show as a whole. However, leave it to the creative geniuses of Horgan and Delaney to move past that.

Catastrophe Plot: What is it about?

Sharon is an Irish primary school teacher living alone in London. When she meets, Rob, an alcoholic American executive, at a bar, her life turns topsy turvy. Their six-day fling results in Sharon’s pregnancy, which Rob only finds out about after he moves back to Boston. However, not being one to shirk responsibility, Rob settles down in London. Sharon and Rob become a couple and marry shortly after before Sharon gives birth to their son who was a result of the fling. They later also have a daughter.

Delaney spoke of being a couple with Sharon on the show and where he expected the story to take them in the future. He said, “We sort of think of our spiritual forbear as the Before Sunrise, Before Sunset films. They rather beautifully dip in once every ten years on this couple, and that’s an amazing way to tell a story. That’s not out of the question; (it) wouldn’t be a crazy way to do it”.

While this sounds like a touching tale of love that will give you hope that even your most casual flings can lead to a lifetime of happiness, that is not the case of ‘Catastrophe’. Sharon and Rob have trouble settling in and of course, as they did not know each other well enough prior to this very serious commitment, the two have to learn all this under fire, with the added complication of being parents.

The difficulties in their lives are compounded by their family members and friends on either side. The show not only deals with how this family functions, but also brings up relevant topics like alcoholism, grief, and death. This was most evident in the episode that marked Fisher’s last appearance for the show.

‘Catastrophe’ season 4 premiered on March 14, 2018. Just before the premiere, show’s official Twitter account released a statement that fourth season will be the final season for the show.

Even though, ‘Catastrophe’ season 5 is officially cancelled, fans shouldn’t give up hope. There’s a good chance that the show may be revived few years down the line. In fact, Delaney himself entertained the possibility of the show going in another direction and showing Sharon and him in their golden years. Not to mention, he had also previously said how ‘Catastrophe’ is a spiritual successor of Before films. If that’s any indication, we might get to revisit Sharon and Rob sometime in future. What we don’t know is exactly when.

While we wait for any positive news on season 5, check out the trailer for Season 4 below.