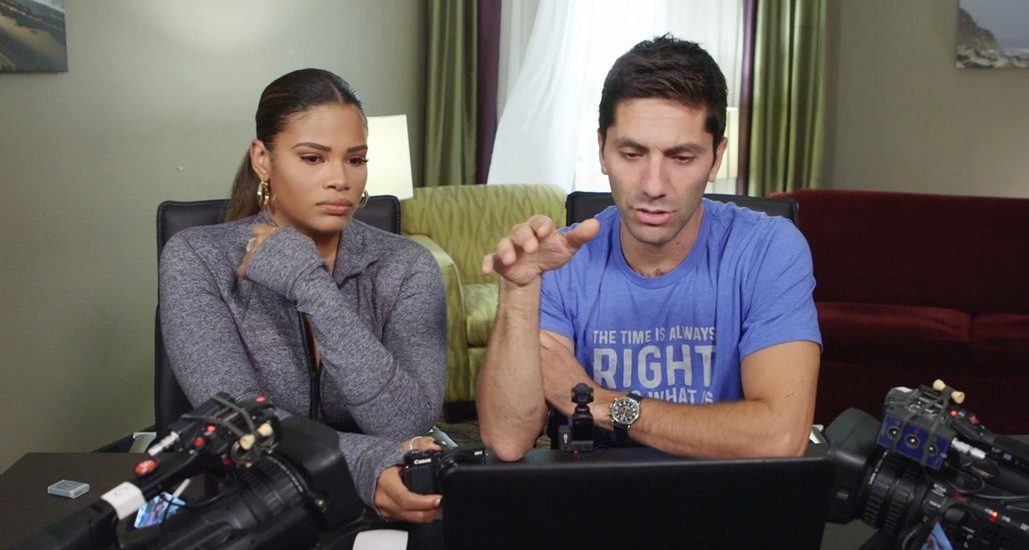 People with a fake presence on online channels started to be officially called ‘catfishes’, thanks to a wildly popular documentary, ‘Catfish’, which premiered in 2010. It stars Nev Schulman, who then progressed to host its tv adaptation: ‘Catfish: The TV Show’ on MTV. Featuring stories of deception that are triggered by one’s ability to hide behind the veil of social media — under the guise of a completely different persona — ‘Catfish’ is a fascinating, eye-opening reality series. Eight seasons in and counting, here is when ‘Catfish’ season 9 will land on tv screens.

‘Catfish’ Season 8 premiered on January 8, 2020, on MTV. It aired its 10th episode on March 11, 2020. Since then, fans had been curious to know if the show’s eighth outing had already wrapped up. After all, this was one of the shortest runs the series had ever seen — with its preceding season comprising a whopping 40 episodes.

But let us confirm that the eighth edition indeed ended after a brief run. And the 2020 COVID-19 pandemic had a big role to play here. You can check out this official tweet from the show that confirms our claim.

Say it with me: 👏What👏a👏finale👏

With the return of one of the most notorious #Catfish repeat offenders we've ever seen, things went from bad to worse when we found out Ashley hadn't changed her ways… at all. https://t.co/Tzfjv5RL44

Coming to its renewal status, here’s the good news! Almost immediately after season 8’s conclusion, MTV renewed the show for its ninth edition. But the creators had to tweak the format due to the ongoing pandemic. Season 9 is the first virtually filmed installment from the series. And it will grace tv screens sooner than expected. ‘Catfish’ Season 9 will premiere on August 5, 2020, at 8 pm ET!

Since its inception, ‘Catfish’ has been hosted by Nev Schulman, and he will make a comeback in the ninth edition as well. Speaking of the new season, Schulman said: “Being at home the past few months has given me a new appreciation for the importance of physical experience and human contact. I never understood how much my interactions with people and traveling both locally and around the country was intrinsic to my sense of self. I’ve realized, as many of us have, that when you are isolated from others, any form of human contact and communication can carry a great deal of meaning. It has served to further my understanding and appreciation of the relationships we uncover on the show and deepen the intrigue of each episode.”

In season 8, he was joined by Kamie Crawford, who replaced Max Joseph (Nev’s co-host up to season 7). Kamie is also confirmed to make a return in season 9. Of course, alongside the hosts, we meet a bevy of participants, who reach out to Nev and Kamie, seeking help in their online relationships. The featured individuals are usually victims who have developed an emotional attachment to people in the virtual world, without ever having met them in-person. Nev and Kamie then guide them in discovering if their social media contacts are ‘real’ or ‘fake’.

Check out the trailer for season 9 below:

Read More: Best Shows Like Too Hot to Handle