Where To Stream ‘Cats’? 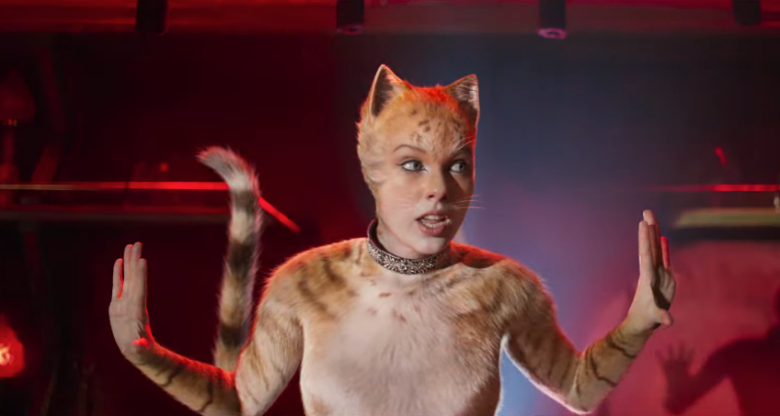 T.S. Eliot is widely known as one of the true masters of modernist poetry. He is someone whose writings are always laced with references to history, philosophy, religion, and so on. But Eliot never shied away from his lighter side and ended up writing a book that talks about the psychology and social behaviors of cats in a rather amusing manner. This book of poems, ‘Old Possum’s Book of Practical Cats’, is what the 2019 film ‘Cats‘ is based on. Tom Hooper, the director of the film, has earlier proved his mettle in the musical genre with his 2012 film ‘Les Misérables‘.

The film’s brilliant cast is one of its major highlights and includes the likes of Idris Elba, Judi Dench, James Corden, Jennifer Hudson, and a small but rather important appearance by musical sensation Taylor Swift. You must be eager to know where you can stream ‘Cats’ at the moment, and we are here to tell you just that. But before we do so, let us take you through what the film is actually about.

What Is Cats About?

The film revolves around a tribe of cats who are known as the ‘Jellicles’. We follow them as they decide among themselves who will be the one who gets to travel to the Heaviside Layer and come back to the earth as a new cat altogether. The book ‘Old Possum’s Book of Practical Cats’ was at first adapted into a stage musical and was really popular among theater audiences before its film adaptation. The major problem with the film is that here the characters simply look like humans in cat costumes, and thus nothing that they do can really be believable.

Is Cats On Netflix?

Netflix is now one of the biggest names in the world of entertainment, and its influence can be felt in the realms of films and TV shows alike. Netflix’s highly curated collection of content has made the streaming platform popular all over the world. Although you will not be able to stream ‘Cats’ on Netflix, you can check out similar films on the platform like ‘Searching For Sugar Man‘, ‘Across The Universe‘, ‘Bathtubs Over Broadway‘, and others.

Is Cats On Hulu?

During this time when competition in the world of online streaming has skyrocketed, Hulu is a platform that has been able to hold on to its appeal among the masses. This has been possible because of the streaming platform’s highly curated collection of films and TV shows. Owing to the fact that ‘Cats’ is running successfully in theaters right now, you will not be able to stream the film on Hulu. But you can definitely check out similar musicals on the platform like ‘Rent‘, ‘Ballet 422‘, and ‘Rags‘.

Is Cats On Amazon Prime?

Amazon Prime has a brilliant collection of content sourced from around the world and has always strived to provide its users with a varied number of options to choose from. This ideal has helped the platform gain a solid number of subscribers from around the world. Though you will not be able to find ‘Cats’ on Amazon Prime, you can enjoy other musicals on the website like ‘Leave The World Behind‘, ‘A Night At The Roxbury‘, and others.

Where Can I Stream Cats Online?

‘Cats’ is still running successfully in theaters, and thus there is no chance at the moment for you to stream the film online. This film boasts of an unbelievably strong star cast and is running in 3D in theaters across the world. If you wish to enjoy the film thoroughly, take your family along to the theaters and have a wonderful time indulging in the world of these amazing characters.

Is Cats Out On DVD and BluRay?

‘Cats’ will be available on DVD and BluRay by March 2020, according to the producers and distributors of the film. If you wish to rent the film or buy the softcopy of the same, you shall also be able to do so from the same date onwards. However, if you cannot wait that long, preorder your copy of the movie here.

Can I Stream Cats Online For Free?

‘Cats’ is a high-budget animation film that has a brilliant star cast and is running successfully in theaters. Thus, there is no chance that the film will be available for free anywhere at the moment. If you are a true lover of cinema, do make sure you always pay for the entertainment you receive. This is the only way in which we can make sure that the artist gets his or her due for putting in an immense effort into making a film.