Are Cely And Johnny From Love Island Still Together? 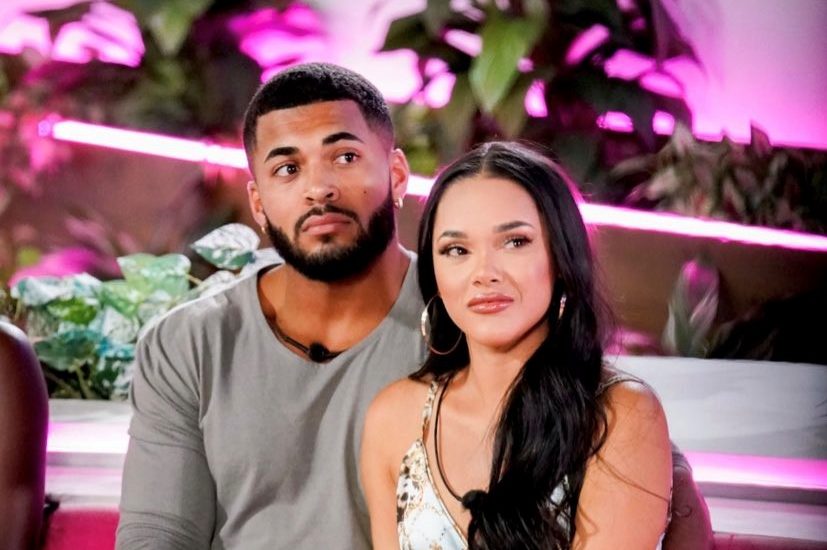 The “island” on the second season of CBS’ hit reality show, ‘Love Island,’ is basically a casino rooftop in Las Vegas. Due to the ongoing pandemic, the Islanders are confined to a luxury villa atop a Vegas hotel. However, the drama germinating from love, lust, and romance is still as potent as the first season. It only intensified since five new girls and boys have entered the Casa Amor. Each week, the Islanders couple up, and the ones left alone risk elimination.

Some Islanders stayed in the Villa while a few were sent over to Casa Amor to welcome the newcomers. Cely Vazquez, a 24-year-old legal secretary from Sacramento, paired up with 22-year-old Johnny Middlebrooks on Day 1 of Season 2, and they have been getting close, ever since. But their relationship has not been without its ups and downs. Let’s take a closer look at Cely and Johnny’s relationship!

On Day 1, Cely paired up with three different men before settling on Johnny. Throughout the season, Cely and Johnny won the viewers’ hearts by being super cute together. They seemed to have a real connection that made the fans believe that they would be the couple that sticks together till the end. Then came the newbies in Casa Amor. One of the new Islanders, Mercades, swept in and set her eyes on Johnny from the moment she entered the “island.” Johnny, too, admitted that he was attracted to Mercades’ bold personality.

Cely and Johnny had been separated for less than a day, with Cely back at the main Villa, when Johnny decided it was time to make out with Mercades. It started with Johnny getting the dare to let someone lick whipped cream off his hot bod, and he picked Mercades. Just as the horror of it (and possible repercussions) was sinking in the minds of fans, the two sat down to have a heart to heart and their chemistry was pretty clear for everyone to see.

As Cely, back in the Villa, confessed that she thought Johnny was the one for her, Mercades made it very clear to Johnny that she finds it hard to stay away from him as he is just too attractive. Johnny told her that he wanted to see where he stood with Cely first, but Mercades derailed the Cely conversation by distracting him with a kiss. They spent the rest of the night making out. The next day, after speaking to the other guys, Johnny shattered Mercades’ hopes by telling her that even though they have chemistry, he feels that he has a deeper connection with Cely.

Are Cely and Johnny Still Together?

Inside the main villa, Cely said that she would be devastated if Johnny came back from Casa Amor with a new girl in tow. Oh, if only she knew the drama coming her way! Meanwhile, the other guys in Casa Amor made some really insightful comments when Johnny told them about his night, saying that Mercades was really aggressive. A surprisingly wise Carrington said, “Your girl is definitely pushing the paper but you’re signing every cheque.” Yes, thank you! Caleb gave it to Johnny straight by telling him, “I think Cely loves you.”

Because all of this just happened very recently, we currently do not know if Johnny and Cely are still together or if they split up over Johnny’s indiscretion with Mercades. Fans can only hope that Johnny does not break Cely’s heart and that the ensuing drama (once everyone is back from Casa Amor) does not result in the power couple splitting up. According to popular opinion, fans want Johnny to be with sweet and funny Cely and not the “aggressive” Mercades. Right now, it sure seems like Johnny still wants to be with Cely, but how will Cely react when she finds out about his late-night makeout sesh? Guess we will have to wait to find out.

Read More: Are Caro And Ray From Love Island Still Together?