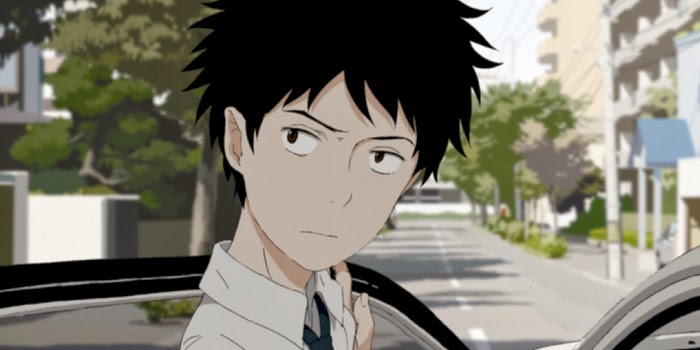 Cencoroll (also known as Senkorōru in Japanese) is a sci-fi anime film series produced by Anime Innovation Tokyo and Aniplex. The film series is based on an award-winning one-shot manga called Amon Game, which won the Grand Prix Award in Kodansha’s Afternoon Shiki manga competition in 2005. Almost single-handedly written, designed, directed, and animated by the manga’s author Atsuya Uki, the first movie, titled Cencoroll, had its world premiere on July 28, 2009, at the Fantasia International Film Festival held in Canada.

In Japan, the film was released on August 22, 2009, and it made its US debut on September 25, 2009 at the New York Anime Festival. Since then, fans of the movie have been waiting to hear about a second part, and the good news is that Cencoroll 2 has been approved. Here’s everything you need to know about the second film.

Cencoroll 2 Release Date: When will it premiere?

Since Cencoroll premiered on July 28, 2009, fans of the movie had been demanding a sequel. Their wishes finally came true after a decade when, in March 2019, it was announced that Cencoroll 2 would be releasing soon.

In what should come as a delight to fans, it has been announced that Cencoroll 2 will be released in Japan on June 29, 2019, and will be part of a package known as Cencoroll Connect, wherein the first movie will be screened first, followed by the sequel. Hence, people who have missed out on the first movie can catch up before watching the second movie on the big screen. For those who have already watched a first part, a recap should come as a treat.

You can watch ‘Cencoroll’ on Crunchyroll with its original Japanese audio and English subtitles.

Cencoroll is set in an alternate timeline, and the first movie deals with the invasion of giant white shapeshifting creatures which suddenly appear outside a fictional Japanese city modeled after Sapporo in Hokkaido. Of course, when the invasion takes place, the Japanese Self-Defence Forces are quick to respond, and launch a counteroffensive against the invaders, but not to much effect. Meanwhile, panic grips the residents of the city as the fear of destruction looms large. Compounding the problem is the fact that humanity is completely clueless about the origins, nature, and motives of the creatures, and thus cannot formulate an effective strategy to counter them.

In this backdrop, the show focuses on two high school students – the brave and inquisitive Yuki and the secretive Tetsu – who seem to have a piece of the puzzle. Unknown to humanity, Tetsu has one of these creatures as a pet, and being a shapeshifter, the creature lives amongst people, hiding in plain sight. It’s also shown that Tetsu can control the creature, which he has named Cenco, with telepathy. However, one day, Tetsu’s secret gets leaked when Yuki discovers Cenco, and the duo then have to do their best to save humanity from destruction using the knowledge they have. However, this proves to be far from easy as another boy with mysterious links to the creatures attacking the city shows up, and takes an unhealthy interest in Cenco. Determined to keep Cenco safe from harm, Tetsu and Yuki thus head into a full-scale battle with the stranger with the fate of the city hanging in the balance.

As far as the second movie is concerned, we don’t have details about its plot yet. That being said, you can be pretty sure that Yuki, Tetsu, and Cenco will all return in Cencoroll 2.

There are four main characters in the movie series, and below, we’ve provided you with brief backgrounds on each of them.

Tetsu Amamiya: One of the main protagonists of the show, Tetsu appears to be a typical high school student, but he hides a secret – he has a giant white amorphous creature called Cenco as a pet, and has been hiding him in plain sight for a while. Further, Tetsu and Cenco share a strong bond, and Tetsu has the ability to control Cenco through telepathy.

Yuki: The other main protagonist of the movie, Yuki also studies in the same school as Tetsu, and is an inquisitive and brave young girl. Although she is initially unaware about Tetsu’s secret, she discovers Cenco when the creature is hiding in the form of a bicycle. When Tetsu comes to retrieve the bicycle, Yuki unwittingly pokes Cenco in the eye, causing it to transform into its normal, massive size. Subsequently, Yuki and Tetsu, along with Cenco, embark on a mission to save their city from the attacking monsters.

Cenco: The creature around whom the movie series revolves, Cenco is a non-human creature of unknown origin who has the power to shapeshift into anything, from a bowl of porridge to a bicycle to a weapon. When Tetsu discovers Cenco, the two immediately form a strong bond, allowing Tetsu to control Cenco using telepathy. Later in the movie, Cenco also shows loyalty towards Yuki owing to her kind demeanor. Apart from the ability to shapeshift, Cenco can also teleport every now and then, giving him tremendous mobility.

Shuu: The main antagonist of the first movie, Shuu is a mysterious young man who has control over two creatures similar to Cenco. Later, it is revealed that he is behind the attacks on the city. As the movie progresses, Shuu learns about Cenco and develops and unhealthy obsession with the creature as he desires to control Cenco too. To further his plans, he manages to kidnap Yuki, and uses her as bait to draw Tetsu and Cenco out. What follows is a massive battle, and it ends with Shuu losing his control over his two creatures, which effectively kills them, thereby restoring peace in the city.