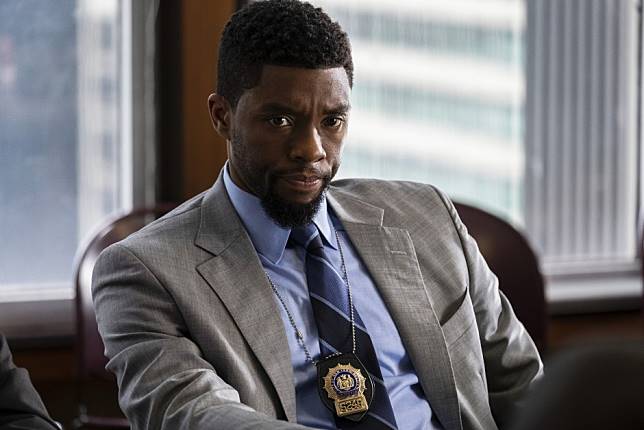 It must feel good to be Chadwick Boseman. This actor had the distinct honor of being the leading man in 2018’s billion-dollar cinematic phenomenon, ‘Black Panther‘. An all-black star cast depicting empowered black characters in a Hollywood movie! That’s a long way off from decades of black stereotypes shown on-screen that have been negative to the hilt. And yet Boseman, along with the rest of the cast of ‘Black Panther’, made it work. And how! Last year, Boseman also made it to Time magazine’s list of the 100 most influential people.

Boseman started out in theater and got a few roles in television during the early 2000s. He made his small-screen debut in 2003, in an episode of ‘Third Watch’. This was followed by periodic appearances in episodes of the series, ‘Law & Order’, ‘CSI: NY’ and ‘ER‘. An interesting anecdote from his early TV career – he was cast as Reggie Montgomery in the TV soap, ‘All my children’. Boseman lasted for just a week as he complained to the creators that his character was too much of a racial stereotype. Boseman was promptly fired and replaced by Michael B. Jordan, with whom he acted fifteen years later in ‘Black Panther’. However, it must be noted that the character changes suggested by Boseman were later incorporated by the writers of the show.

In 2008, Boseman joined the cast of ‘Lincoln Heights’ and also made his film debut with a small role in ‘The Express’. By 2010, he became a regular on the TV show, ‘Persons Unknown’, which received mixed reviews. In 2013, Boseman landed his first leading role in ’42‘, as the real-life baseball champion Jackie Robinson, the first African-American to play in Major League Baseball. Boseman gave an incredibly sincere, touching performance of a youth who had the chance to turn the page in American history by leading race integration in sports.

Boseman’s next performance was a tour de force as he undertook the daunting task of portraying the godfather of soul, James Brown, in 2014’s ‘Get on Up’. Initially, Boseman had even wondered if he should accept the role. He wasn’t sure if the baffling life and grandiose personality of James Brown could ever be accurately depicted on film. Boseman captured the complexity of Brown’s persona with such dexterity that audiences and critics alike wholeheartedly drooled over the film.

2016 was an important year for Boseman. He signed a five-film deal with Marvel and commenced playing the character of T’Challa or Black Panther, an African prince from the nation of Wakanda and the first black superhero on film, in ‘Captain America: Civil War’. Boseman’s career grew from strength to strength as he played the lead role in ‘Black Panther’ in 2018. His rendition of the character was a reassurance to many that films having an all-black star cast can break box-office records and also smash racial color codes in Hollywood. Boseman went on to reprise the role in ‘Avengers: Infinity War’ in the same year.

With that said, the question that might be circling your mind is what is the next Chadwick Boseman project? Well, the good news is that we have a clear answer to that question. We know what he is working on. So, without waiting any further, here’s the list of the new films and television shows of Chadwick Boseman. We can only hope that the new Chadwick Boseman performances are as good as some of his recent ones. 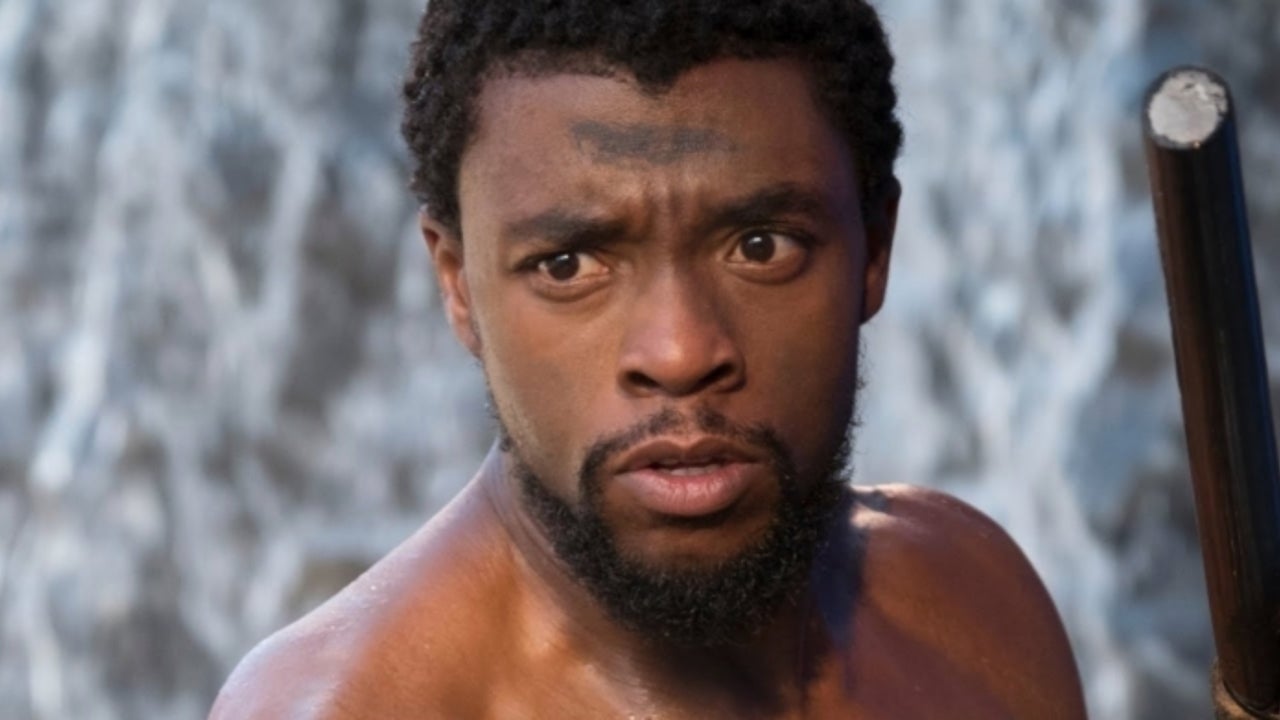 Racism has always been a problem in the USA ever since the days of slavery. At times it has been overt, and other times it has been subtle. However, the ugly head of racism has always been present. Thus, it is not too much of a stretch of the imagination to understand that it might have interfered with artistic endeavors at one time. After all, art is a representation of the culture of a race, and if racism is present, there is going to be a distinction made in art.

This is the background that ‘Ma Rainey’s Black Bottom’, the upcoming musical drama film tries to uphold. Directed by George C. Wolfe, the movie has been written by Ruben Santiago-Hudson. It follows the titular Ma Rainey, who is also known as the ‘Queen of the Blues’. As she tries to make a record in a studio in 1927, there are artistic differences as tensions begin to show up. Tempers boil and there is a visible rift between the singer, her band members, and the white agent and producer.

The movie promises to be an exploration of race and the power dynamics, and Boseman, who is making a name for delivering nuanced performances, will definitely be looking forward to standing out in the role. With talented cast members like Viola Davis, the project is sure to be headed for success. 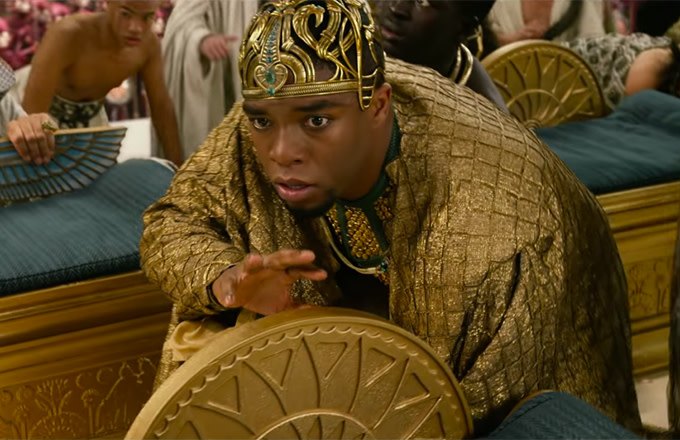 ‘The Black Child’ is an upcoming science-fiction series. It has a cast including the likes of Chadwick Boseman and Common. Nothing is known about the plot or the roles of these notable castmembers for now. However, going by the title, there will surely be a black child in the center of things. Perhaps the series will use science-fiction to turn the lens on the issue of racism in society.

It will be exciting to see how the actors deliver stellar performances to take the show to new heights. 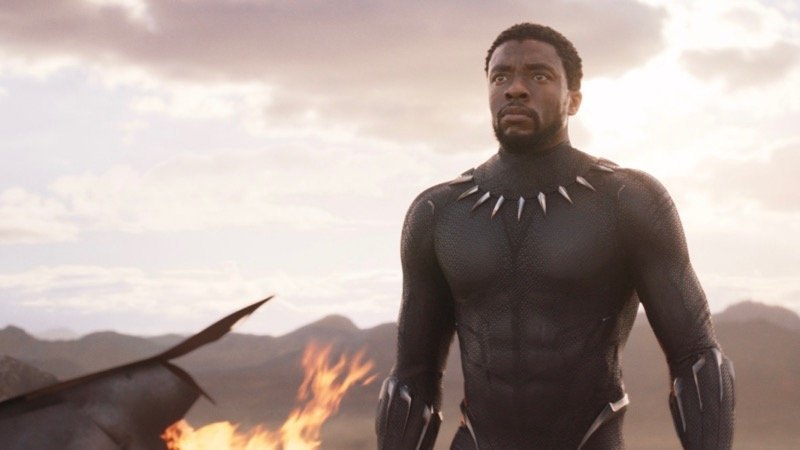 ‘What If…?‘ is Marvel’s upcoming animated series that is poised to air on Disney+. The show marks Marvel’s entry into the world of television, ready to emerge as a major player in this field, just as they have done in the case of films. ‘What If…?’ follows a simple enough premise.

It promises to take a look at the pivotal moments within the MCU and envisioning what would happen if the events unfolded in another way. Take for example Mjolnir. We will see what happens if Loki gets the enchanted hammer instead of Thor. The premise is fascinating and will allow the people at MCU to explore the possibility of the multiverse.

Not much else is known about how the plot will play out or the release date. However, we believe each episode will take a look at a different instance. A lot of notable actors are on board to lend their voices to the show. Boseman is going to be voicing Black Panther, and perhaps we will see what would have happened if Killmonger was never defeated. 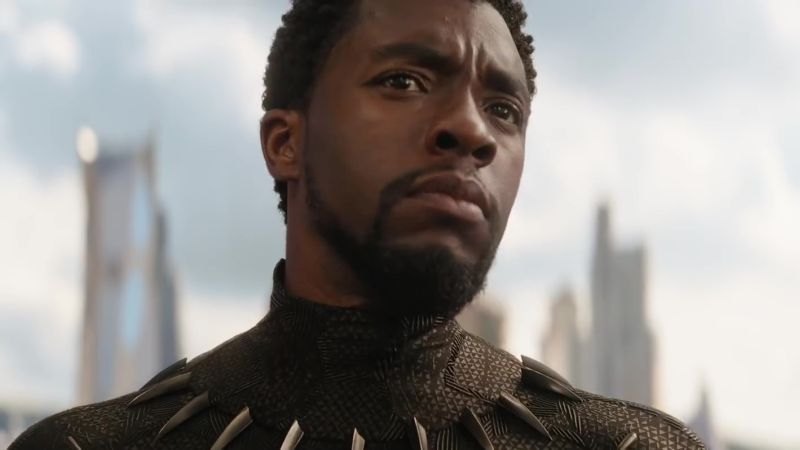 It is time for Wakanda to step into the spotlight once again, as the sequel to the highly acclaimed ‘Black Panther‘ is slated to be released on May 6, 2022. Ryan Coogler is attached as the director once again and is in charge of coming up with the story. Considering his success in the first film, and the representational politics that he portrayed, the ‘Fruitvale Station‘ director will be looking to recreate his magic here once again.

As is Disney’s nature, the cards are being kept close to the chest and nothing is known of the plot at the moment. Naturally, Chadwick Boseman will be back as the titular Black Panther and it remains to be seen if he will be facing new villains this time, or if old nemeses will keep troubling him. Notably, in the first movie, we saw Wakanda preparing itself to step out of the shadows and interact with the world. From the comics, we know that the Black Panther spent a lot of time, fighting crime in the streets of the US, making sure the people were safe from atrocities. There have been issues where the Black Panther has gone up against the Ku Klux Klan as well.

Perhaps the upcoming movie could explore such a plot, considering its political relevance in the US, at a time when neo-nazism seems to be on the rise once again. 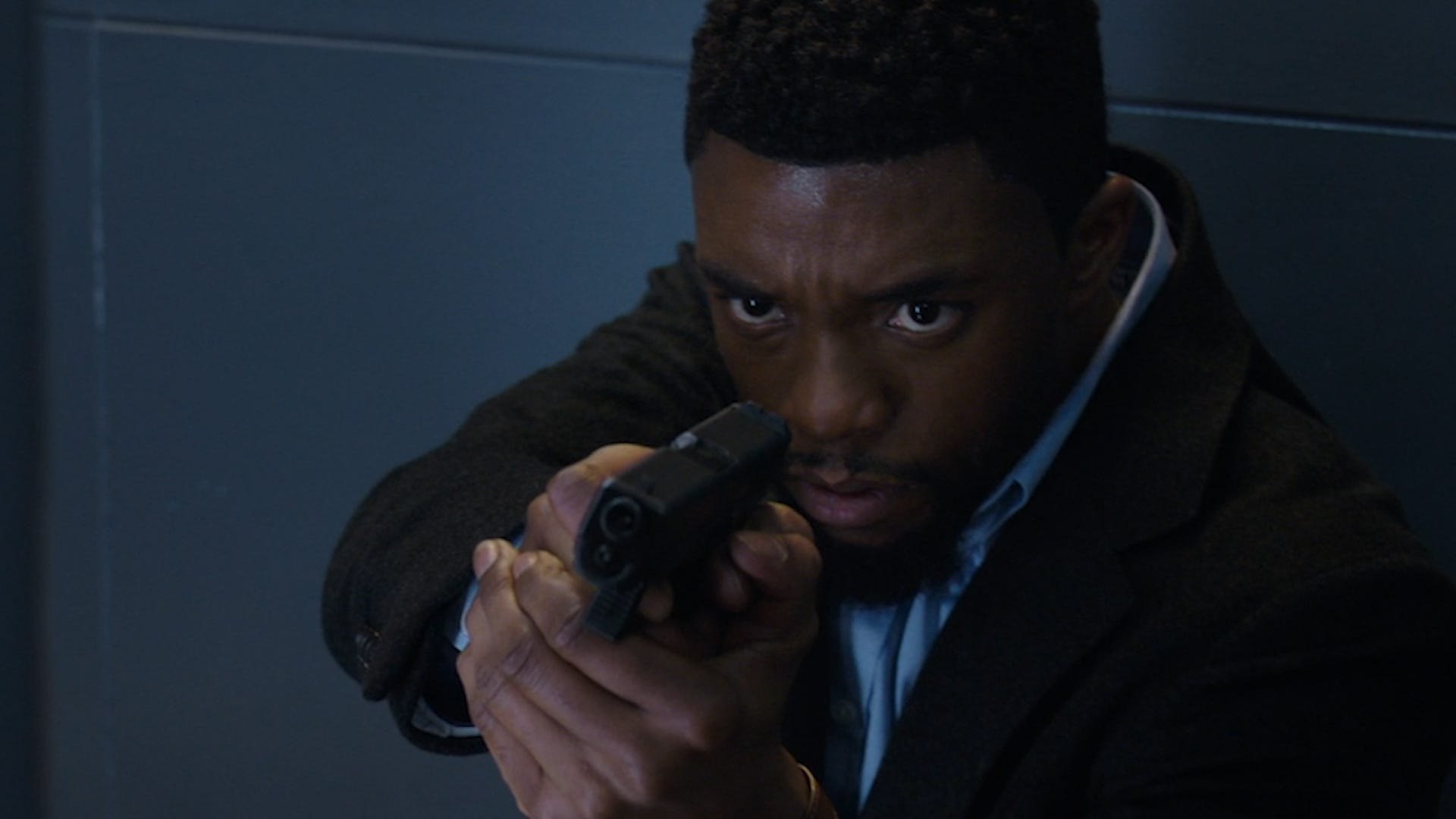 ‘Da 5 Bloods’ is an upcoming movie from Spike Lee, who has always made powerful films with messages of racial equality. His next project is slated to be an epic war drama that is bound to take a look at the role of black soldiers in the Vietnam war. Oftentimes in wars, the contributions of certain people are forgotten as they are subsequently denied a space in the mainstream narratives or policies that come after the war.

In Lee’s film, we will see a group of Vietnam veterans who return in search of their lost comrade and some buried treasure. Back in Vietnam, they have to find the squad leader and their riches, but before that, the group has to battle the forces of nature and man, even as they try to confront the immortality and the very consequences of the Vietnam War.

Chadwick Boseman is attached to the project and Lee is known for extracting the best out of the actors, leading us to believe that this will be a fantastic collaboration. 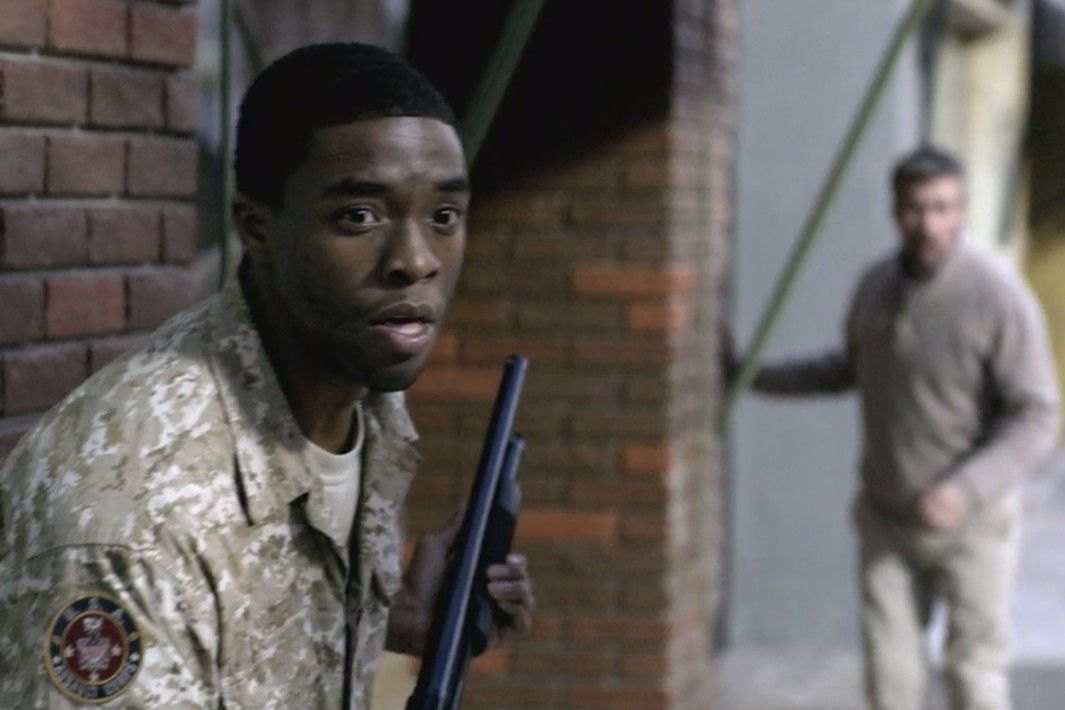 ‘Yasuke’ is an upcoming adventure movie whose premise could be straight out of an Akira Kurosawa movie. We follow the story of Yasuke, the only known samurai of African origin. Set in the 16th century, the plot is based on a true story of honor and redemption as the samurai becomes caught up in a power struggle in feudal Japan.

Yasuke was a native of Portuguese Mozambique and was brought to Japan by Jesuit missionaries, as a slave. As the first black man to set foot on Japanese soil, he aroused the interest of a warlord seeking to unite the country under his banner. The movie explores Yasuke’s friendship with the man and his rise to power.

Doug Miro and Gregory Widen have written the story and Chadwick Boseman is set to star in it. The actor will have to deliver one of the most powerful performances of his career, so the emotions of the 16th-century warrior become clear to a present-day audience.

Knowing Boseman’s caliber, this should not be too much of a challenge and we expect great things from the actor in the upcoming project. Boseman commented on the project, saying, “The legend of Yasuke is one of history’s best kept secrets, the only person of non-Asian origin to become a Samurai. That’s not just an action movie, that’s a cultural event, an exchange, and I am excited to be part of it.” 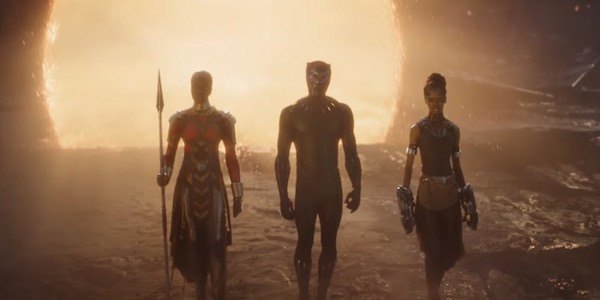 Chadwick Boseman reprises his role as T’Challa/Black Panther in this movie, which released in the United States on April 26, 2019, in IMAX and 3D. The sequel to ‘Infinity War’, ‘Endgame’ had a lot to live up to, in terms of audience expectations. Without a doubt, the movie delivered splendidly, as far as actions and emotions are concerned. The plot follows the Avengers who are reeling from Thanos’ snap in the first movie. They decide to avenge the fallen comrades and kill the Mad Titan. However, this does not help them undo the aftermath of the snap.

Out of options, the heroes resort to time travel and go back trying to bring back their teammates. They clash with Thanos again, but this time it is an epic showdown between armies. The fight for survival ensues and there are heavy losses. However, the heroes end up saving the day. 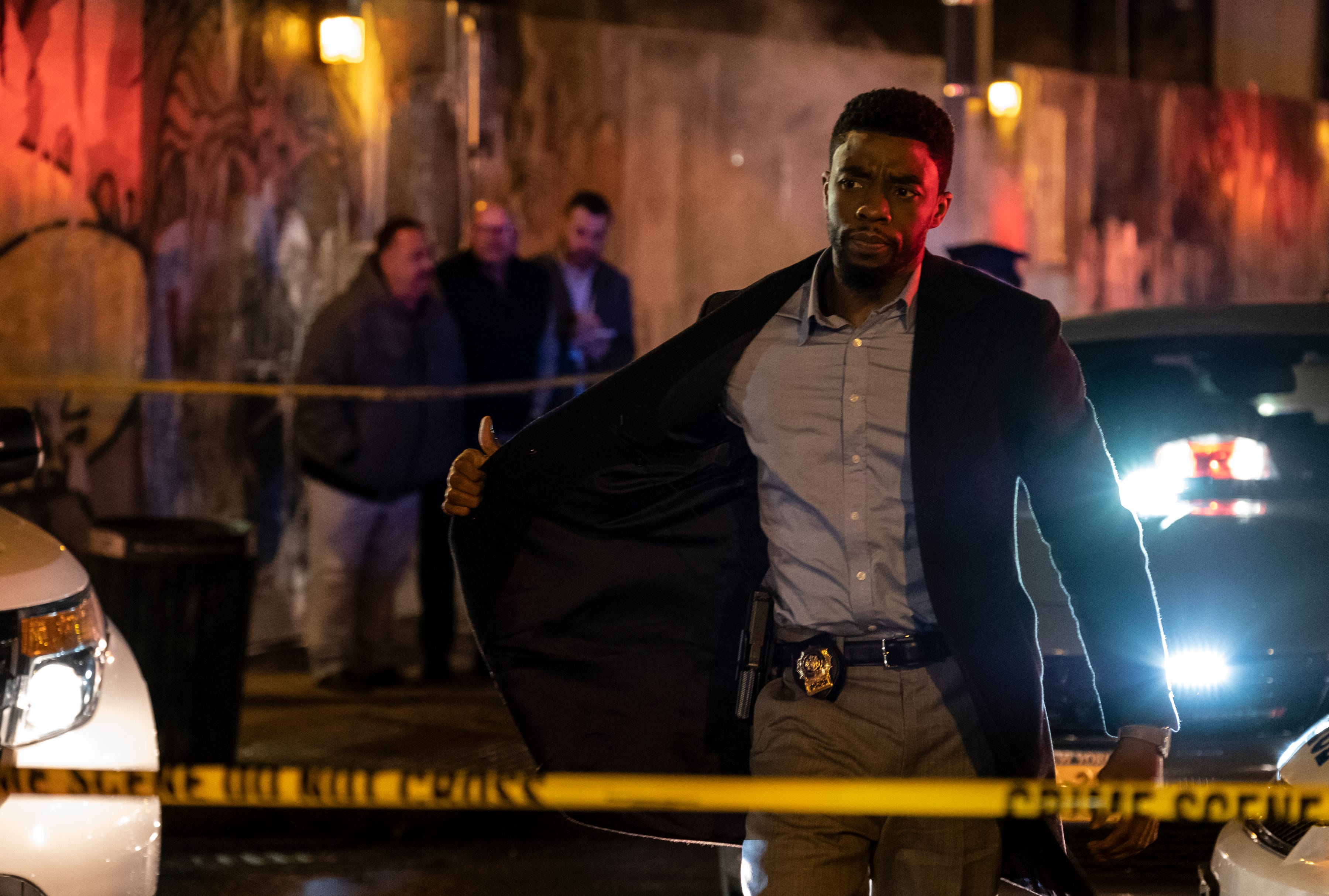 Anthony Russo and Joe Russo, the directors of ‘Avengers: Infinity War’ join Boseman who has produced and acts in ’21 Bridges‘. The story follows an NYPD cop whose reputation is sullied. A chance to catch much sought after perpetrators may be the holy grail that vindicates our troubled lead.

Boseman is joined by a stellar star cast that includes J.K. Simmons and Sienna Miller. This movie gives Boseman fans a break from his superhero role and allows us to see him as a flawed human seeking redemption. It released on November 22, 2019.