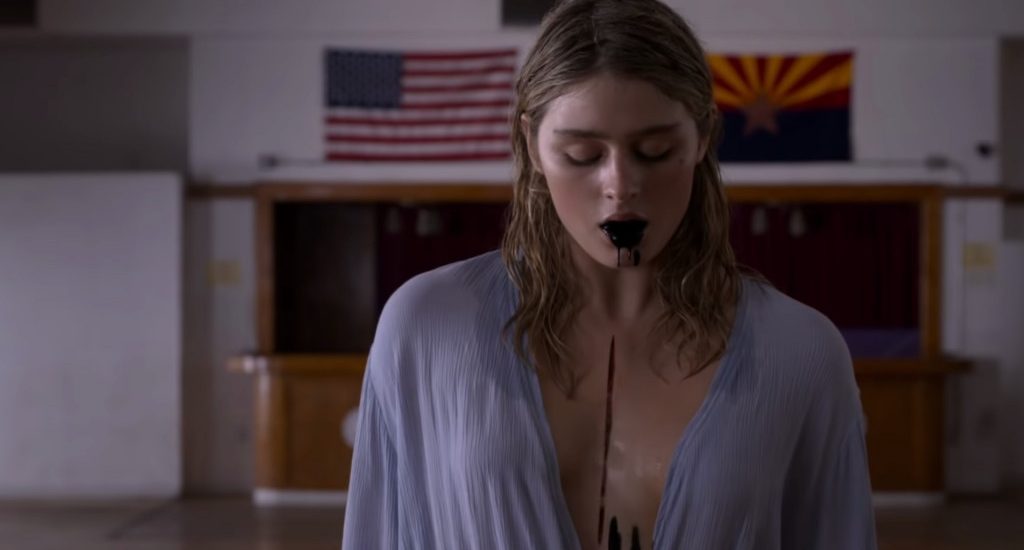 ‘Chambers’ is an American supernatural series that airs on Netflix. The show first premiered on the streaming network on April 26, 2019. Created by Leah Rachel, the series manages to blend elements of psychological horror, a bit of body horror, drama, mystery, and thriller into a heady cocktail that leaves viewers on the edge of their seats. Akela Cooper serves as the showrunner, while Super Deluxe and Super Emotional are the companies backing the project. Leah Rachel, Stephen Gaghan, Akela Cooper, Jennifer Yale, Wolfgang Hammer, Winnie Kemp, and Alfonso Gomez-Rejon are on board as the executive producers.

The show revolves around a girl who survives a heart transplant, only to begin to develop the personality traits of the person whose heart beats in her chest. As the story unfolds, she begins to believe that the donor’s death may not have been all that natural, and she might now be possessed by the dead donor. Needless to say, with a narrative as intriguing as this, audiences were drawn to the show. However, some critics felt that the story could have been neatly packaged into a movie instead of letting it drag on as a series.

Chambers Cast: Who is in it?

The main cast of ‘Chambers’ includes:

Sivan Alyra Rose stars as the protagonist Sasha Yazzie, a 17-year-old girl, who receives the heart transplant before realizing her new lease on life might come with its set of supernatural terms and conditions. Lilliya Reid appears as Becky Lefevre, who was the prom queen at a posh school, before dying mysteriously, and becoming the donor.

The really well-known cast members of the show are Uma Thurman and Tony Goldwyn. They play the roles of Nancy and Ben Lefevre, the parents of Becky. Uma is, of course, best known for her frequent collaborations with acclaimed director Quentin Tarantino and appeared in the both the ‘Kill Bill’ movies, and ‘Pulp Fiction’. She also recently appeared in Lars Von Trier’s deliciously controversial exploration of art, ethics, and aesthetics, that is, ‘The House That Jack Built’.

Goldwyn has appeared in the acclaimed ABC series, ‘Scandal‘, and the Demi Moore starring film, ‘Ghost’, which received wide acclaim when it first released 90s.

Nicholas Galitzine plays the role of Eliott Lefevre, Becky’s brother. While these are the main characters, they are joined by other supporting characters in Becky and Sasha’s lives.

Hopefully, in the upcoming season, we will see all the main cast members return, and we hope for new faces to be added to make the already intriguing show even more exciting.

Chambers Plot: What is it about?

‘Chambers’ centers around Sasha who suffers a heart attack and wakes up to find that she has been saved by some donor named Becky, who tragically passed away. While a new lease on life might seem like good news for a woman who suffered a heart attack while losing her virginity, Sasha feels like this might not be a blessing after all. Not only does she meet Becky’s parents, but she also finds her life being eclipsed by Becky’s. She begins going to her school, hangs out with her brother and her friends. She even begins to hear the song in her head that Becky would listen to. All of this convinces her that she is channeling Becky somehow, and must be possessed by this dead girl. Moreover, she begins to try and unravel the circumstances surrounding Becky’s death.

Firstly, what stands out in the show is how it seems to combine elements of two other Netflix successes, ‘13 Reasons Why‘, and ‘The Haunting of Hill House‘. It attempts to include the mystery of young adult life that pervaded the former show, while also including the supernatural vibe that made the latter a success. However, in attempting to be an offspring of the two, it gets the pacing wrong. While ’13 Reasons Why’ takes an easy way out with the pacing, letting the taps dictate the episodes, ‘The Haunting of Hill House’ shows masterful pacing, inducing turns in the narrative at pivotal points to make the viewer go on until the end.

‘Chambers’ falls short here, and viewers are questioning why the entire thing could not be a movie instead of a series. Speaking of movies, the idea is not very novel either, and those of you who have seen Robert Wiene’s ‘The Hands of Orlac’, or the more recent film ‘The Eye’ will be aware of the potentially evil characteristics of the late donor manifesting themselves on the blissfully unaware recipient. It is a plot that has been used before, and ‘Chambers’ does not offer anything new here.

Perhaps the show could have dug deeper into themes of appropriation, and perhaps even imposter syndrome, as Sasha finds herself knocked into a completely different life with Becky’s heart. These themes could have saved the season into being more relevant. The series is not smart enough to recognize its own potential and goes another way, focusing more on the circumstances surrounding Becky’s death, not that we mind the mystery. The saving grace in all of this is Uma Thurman. However, she does a lot with very little screen time and the way she embodies a grieving mother is bound to leave a mark on the viewer’s mind.

Hopefully, in the upcoming season, the show will do away with the jump scares which have become so cliched, and will instead focus on social relevance through horror, asking questions about Sasha’s similarity to Becky being supernatural in the first place. Perhaps, it is just her sudden socioeconomic change that leads her to be more like Becky. It is indeed a fascinating rabbit hole to go into, and maybe the future of the show will lead us there, with better pacing of course. Come to think of it, I have been rather sparing with my praise regarding the show, but do give it a watch, it does bring a degree of intrigue that might fascinate viewers.

Chambers Season 2 Release Date: When will it premiere?

‘Chambers’ Season 1 premiered on April 26, 2019. As far as the next season goes, we have bad news for the fans. On June 19, 2019, Netflix announced the cancellation of the show. It seems like the show didn’t do as well as Netflix expected it to.  Though, fans should not lose all their hopes. There’s still a slim possibility that some other network picks up the show. If that happens, we will update you about ‘Chambers’ Season 2 release date.

While we wait for any positive news on ‘Chambers’ Season 2, check out the season 1 trailer to refresh your memories. If you haven’t seen the show yet head over to Netflix to catch all the episodes of the first season.