Was Charlie Balducci Married? Who Are His Kids?

MTV’s reality show ‘True Life’ documented the life struggles of a lot of people throughout its run from 1998 to 2017. Charlie Balducci appeared on the show in 2002, in the third season, and created ripples on the internet for delivering one of the most infamous rants ever caught on television. Often referred to as Charlie B, the name he gifted himself on the show, Charlie left for his heavenly abode on July 27, 2020, at the age of 44. However, he left quite an indelible impact on the lives he touched and the people he met during his time on the face of his earth.

Charlie was born in 1975 or 1976 in Staten Island, New York. Throughout his life, he was very close to his mother, Venus Balducci, and often took time out of his schedule to spend time with her, as she grew older. The whereabouts of Charlie’s father are unknown but his mother always stood beside him through all the ups and downs in Charlie’s life. It has been reported that Charlie’s last words to his mother before his unexpected passing were that he was grateful to be a father to his kids.

Along with two other couples, Charlie and Sabrina Balducci appeared on the ‘I’m Getting Married’ episode of ‘The True Life,’ back in 2001. They were discovered by one of the show’s producers at Sabrina’s dress fitting. The show documented their personal lives as the two geared up for their grand wedding. However, just a few hours before the wedding, Charlie blasted his limousine driver for arriving late to pick him up. The clip went viral and made Charlie the pioneer of reality television.

Even after all the chaos, Charlie and Sabrina exchanged their vows and got married on May 19, 2002. After over a decade of being together, the couple appeared on ‘20/20: Wedding Confidential’ to give an update on their married life.

On the follow-up interview, the two revealed that they do have their highs and lows but they overcome it with love and understanding. Charlie also opened up about the incident, explaining that he freaked out only because the priest had warned him against being late. 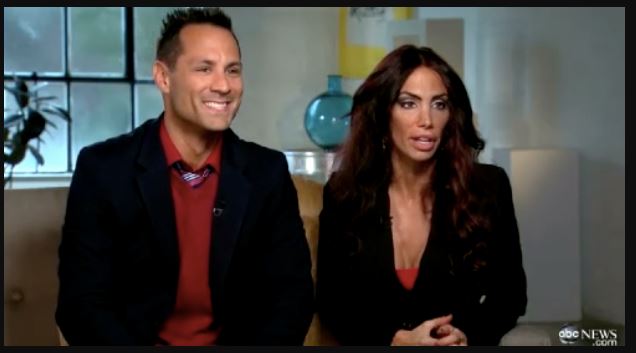 Unfortunately, the couple reportedly divorced a few years ago. Despite their separation, Charlie and Sabrina shared a great relationship and would always come together for their kids.

On the professional front, Charlie founded NYC Arts Cypher, a non-profit community that works towards providing a platform to young artists of Staten Island, to spread positivity and express themselves through arts and entertainment programs. He even conducted virtual classes from his home, amid the COVID-19 pandemic. Sabrina, on the other hand, is a hairstylist who works on various hair-related projects at a salon in the borough.

With old and new faces alike, me, Cynthia and Ray welcome our interns to the @nycartscypher

Charlie was a proud father of two kids – Louis and CJ – whom he shared with his ex-wife Sabrina. The elder Balducci kid is 19-years-old while the younger son is 17. Here’s a picture of the doting father, flashing an ear-to-ear smile while holding his sons!

Charlie and Sabrina raised their sons together with all their heart and were always present to celebrate the multiple milestones of their lives.

Following their separation, Charlie would still take time out to spend ample time with Louis and CJ.  The kids are close to their grandmother, who bestows all her love upon them, whenever they visit her.