Written and directed by Ross Venokur, ‘Charming’ is a Canadian-American animated musical comedy film that centers on the hilarious backstory of Prince Charming, the famed rescuer of fair maidens and damsels in distress. In ‘Charming,’ the Prince finds himself engaged to three princesses and needs to pick one as his true love before his 21st birthday, or else a terrible curse will engulf his kingdom. The film features several foot-tapping musical numbers, and the voices of Demi Lovato, Wilmer Valderrama, Sia, Ashley Tisdale, G.E.M., and Avril Lavigne make up the main cast. If you’re looking for a deeper insight into the film’s fairytale ending, you’ve come to the right place. Here’s the plot synopsis of ‘Charming,’ followed by an explanation of its ending.

Prince Philippe Charming is in trouble. With his excessive chivalry and a smidge too much charm, he has managed to capture the hearts of more than a few women in his kingdom. As a result of a penchant for rescuing damsels in distress and an inability to turn the charm off, Prince Charming finds himself in a situation where he is engaged to marry all three princesses – Snowhite, Cinderella, and Sleeping Beauty. As the ditsy, simpering princesses sing about how much they want to make Philippe their “trophy boy,” the man in question goes about town, charming the hell out of every woman he comes across. 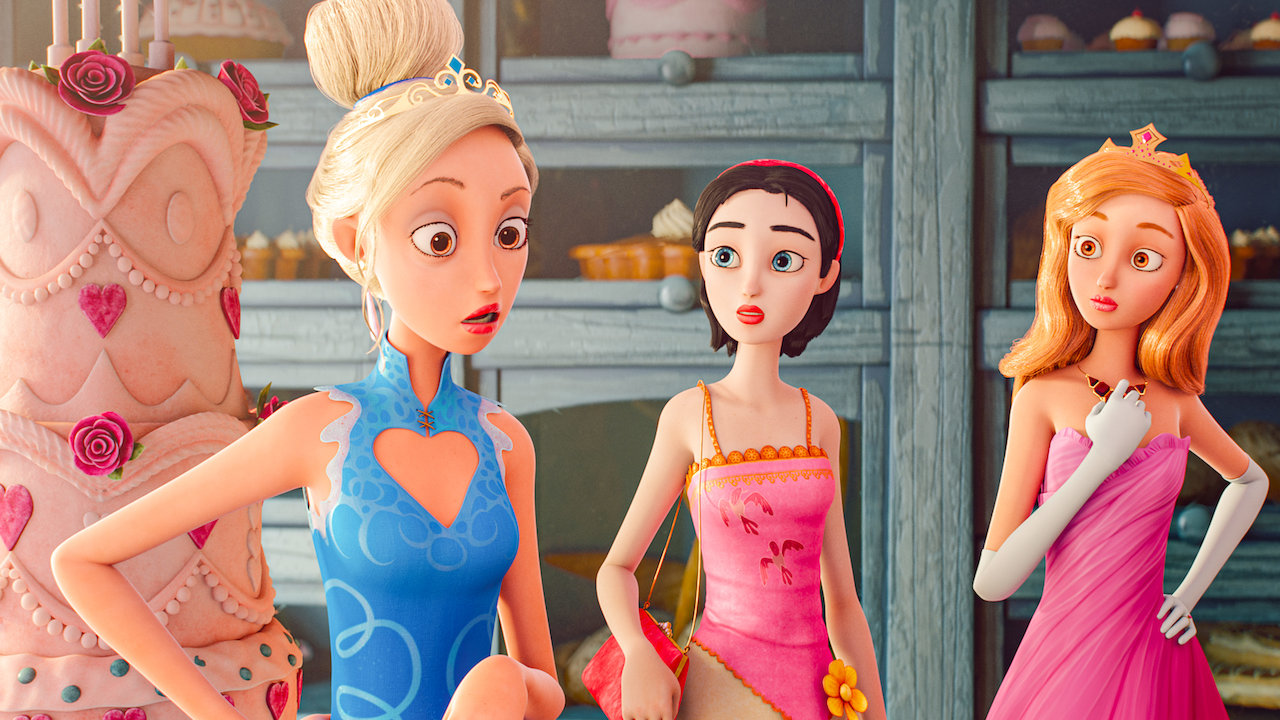 While the female half of the population cannot help but throw themselves at Philippe’s feet, the male half hates him for stealing the affections of their wives and girlfriends. His father, the King, brings us up to speed – when he’d met and married Philippe’s mother, his adoring right hand, Nemeny Neverwish had been heartbroken and extremely jealous.

Nemeny had turned into a total witch and cursed the baby Philippe with “too much charm.” Every woman who looks into his eyes instantly falls in love with him, and therefore, he cannot tell cursed infatuation from actual true love. And if Philippe doesn’t find and kiss his true love before the sun sets on his 21st birthday, all the love will disappear from the entire kingdom. 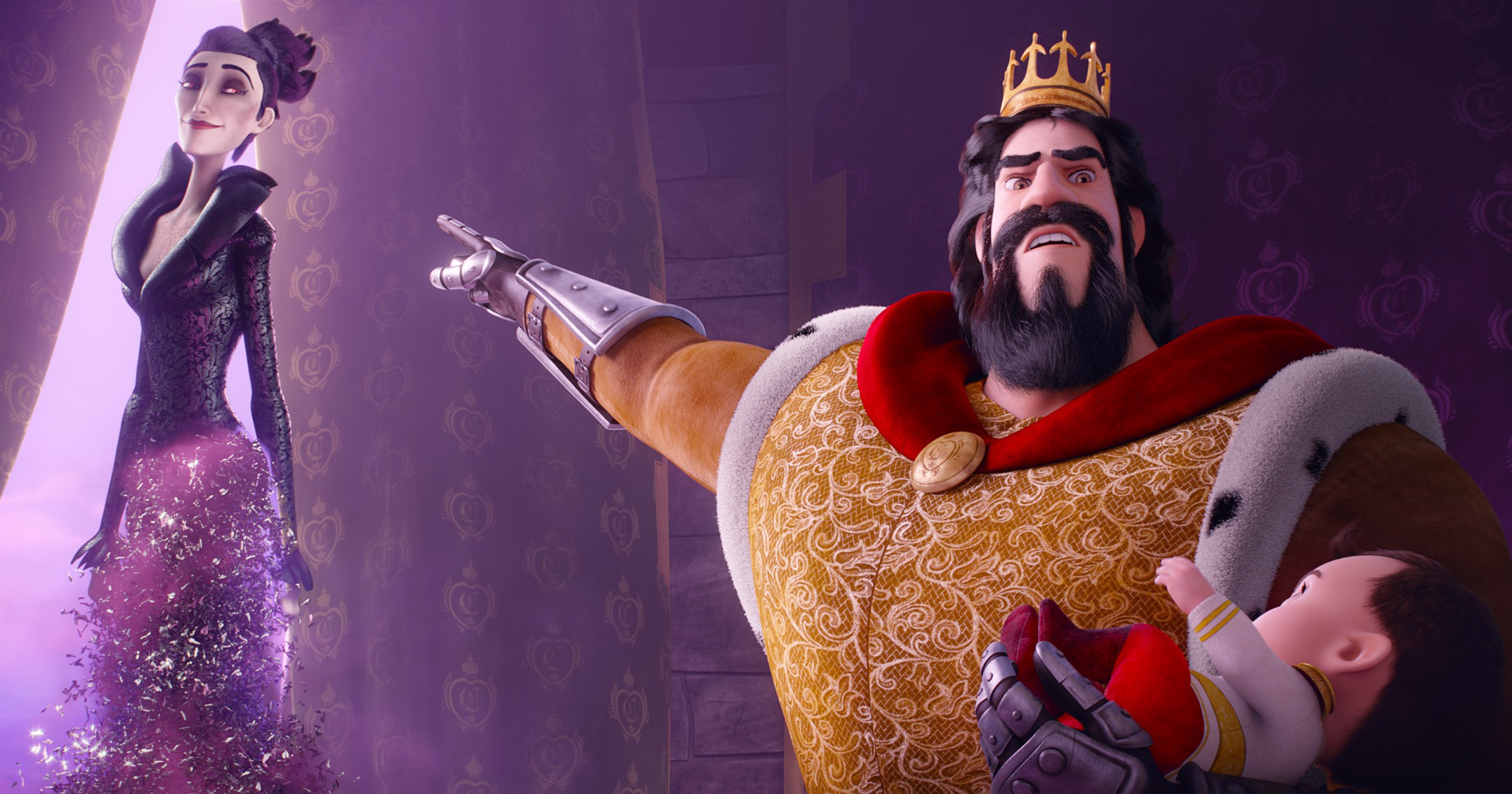 Prince Philippe has only three days before his 21st birthday to decide which one of his fiancees he thinks is his true love, and thus save the kingdom. To find his true love, Philippe has to run the Gauntlet, a quest comprising of three impossible tasks. The first is to pass an impassable pass, the second is to survive an unsurvivable attack, and the third is to conquer an unconquerable beast. And then, Philippe and his true love will have to take a blind leap of faith before they seal the deal with a true love’s kiss.

To run the Gauntlet, Philippe accepts the help of Lenny, a self-proclaimed Gauntlet guide. But unbeknownst to Philippe, Lenny is actually Lenore Quinonez, a sure-footed girl thief who was raised at sea and is cursed to never fall in love, and therefore, is immune to Philippe’s irresistible charm. Lenore has made a deal with the three princesses’ families that, in exchange for a lot of gold, she will make sure that Philippe completes his quest safely.

Charming Ending: Why is Philippe Being Hanged at the Gallows?

After realizing that he is in love with Lenore, Philippe breaks off his triple engagement with Sleeping Beauty, Cinderella, and Snowhite. He decides that the only way to stop the curse from taking over the kingdom is to end his own life. So Philippe writes a bunch of letters, all to his bewitched fans, telling them that he has found his true love and hopes they will find theirs when the curse is lifted. He even apologizes to the townsfolks for disrupting their relationships with his charm and then willingly walks to the gallows to end the curse. 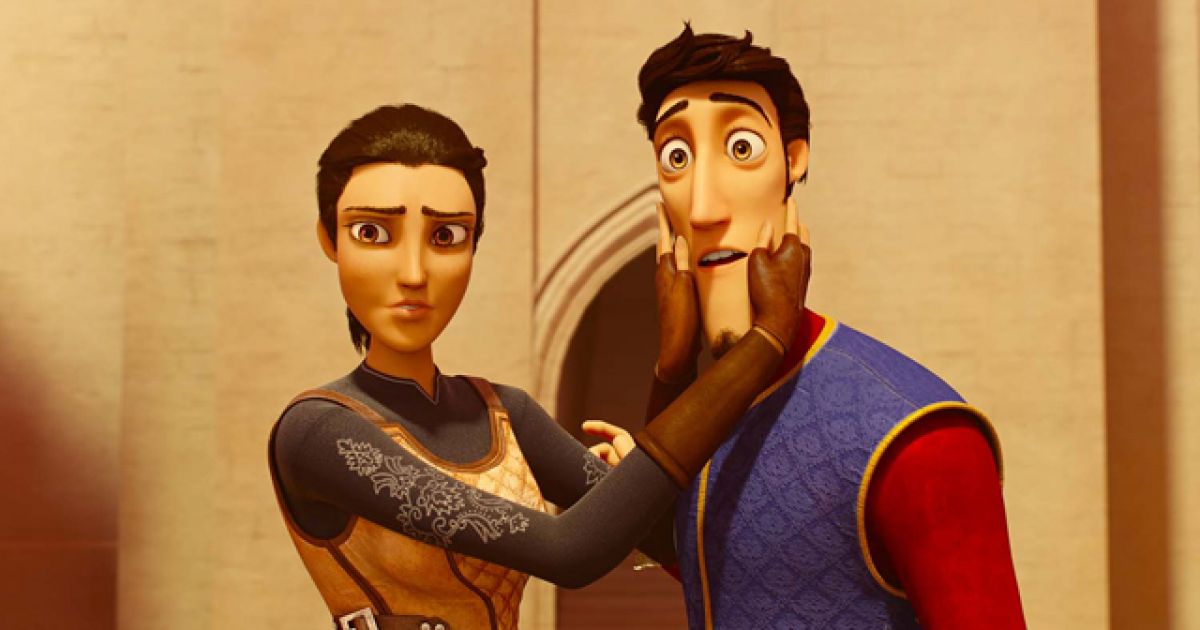 Just as he is about to be hanged, Lenore arrives and saves him. They confess their love for one another and are about to kiss, but Nemeny Neverwish arrives, enveloping the couple in a blinding purple fog so that they cannot find each other. As Nemeny attempts to kill Lenore, Philippe jumps in front of her (his blind leap of faith) and is hit by the witch’s murderous spell. Lenore’s tearful kiss of true love brings him back to life, banishes Nemeny, and lifts the curse off of everyone. The movie ends with Philippe and Lenore happily married and expecting their first child.

‘Charming’ never depicts Philippe as gay or even bisexual. All the while that Lenore is pretending to be Lenny, Philippe never once looks at him in a romantic way. It’s only after Lenny reveals that he’s actually a girl that Philippe falls in love with Lenore. When we compare this couple’s lackluster, unconvincing romance with that of Disney’s classic ‘Mulan’ (not the highly problematic live-action one), one thing stands out – Li Shang’s and Mulan’s electrifying chemistry (even when she’s pretending to be Ping). It is widely speculated and generally accepted that Li Shang is bisexual and is genuinely attracted to Ping as well as Mulan. 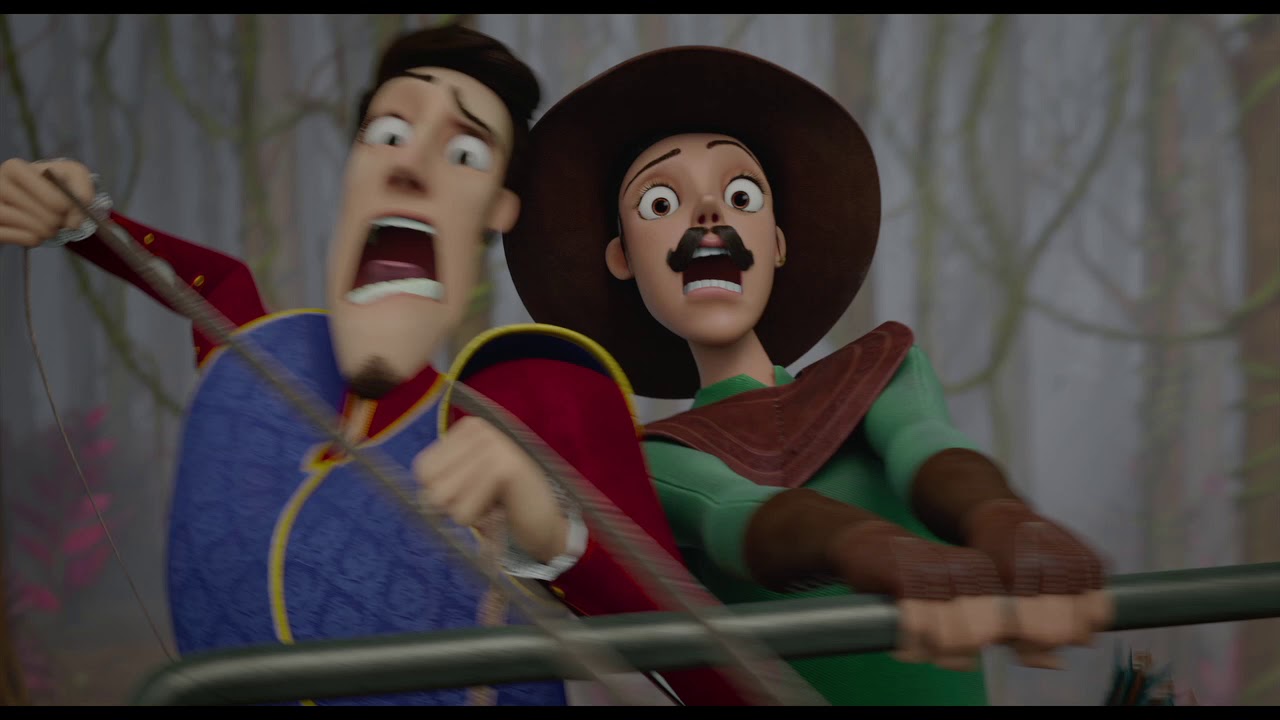 The fact that Philippe only views Lenore as a romantic partner and does not feel anything more than a friendly bond with Lenny makes for an unconvincing, rather sudden love story. We get that this is a kids’ movie, and it cannot be too explicit, but even vaguely implying that Philippe is also drawn to Lenny romantically would have worked better for the overall story. Shouldn’t we anyway be teaching kids the message that true love transcends gender? Food for thought.