Who is Chase Looney on Fixer To Fabulous? What Happened To His Eye? 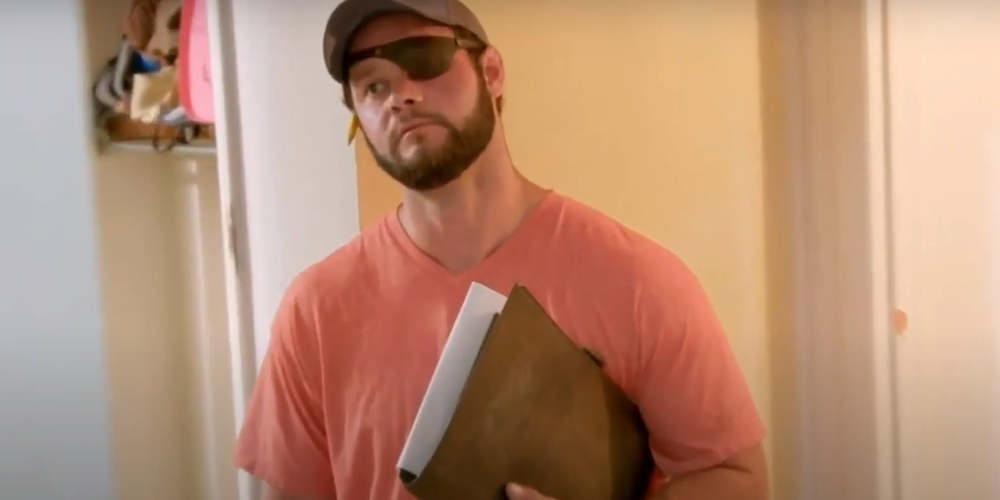 Chase Looney is the eye-patch-sporting carpenter and construction manager on HGTV’s popular home renovation show ‘Fixer To Fabulous.’ The show, which took no time in garnering a massive fan following since its inaugural season released in 2019, follows power couple Dave and Jenny Marrs (of Marrs Developing) who restore and renovate homes, both historical and modern, in the northwest region of Arkansas. With Chase’s assistance, Dave and Jenny take on home rehabilitation projects in and around the small town of Bentonville.

Chase Looney is the go-to guy for all things carpentry on the show, and with his dependability and expertise, he is a great support to the Marrs. Along with working on ‘Fixer To Fabulous’ projects, Chase also runs his own woodworking business called Chisel and Sawdust. Apart from that, Chase enjoys hiking and hunting and spending quality time with his wife and kids. Of course, viewers of the show are often curious about why Chase wears an eye-patch. Chase took to his social media last year to address the question and revealed the story behind the eye-patch.

What Happened To Chase Looney’s Eye?

Shortly after filming the pilot of ‘Fixer To Fabulous,’ on a fateful Fourth of July in 2017, Chase Looney had a tragic fireworks accident that cost him his left eye. Chase, who previously worked as a firefighter for several years, was setting up the fireworks display when the accident happened. There was a storm forecasted that night, so Chase and his group decided to light up a series of large 3” mortars before the downpour of rain started.

Things went sideways when Chase hurried forward to get the fifth mortar off the ground after he had lit the fourth one already. According to his blogpost, Chase believes that the concussion from the fourth tube exploded and tipped the fifth tube over after he had lit it, causing an explosion close to his face. Chase only remembers a burst of light accompanied by a deafening boom, and then all went black.

When he was rushed to the Bentonville hospital, the doctors there said that he needed to be airlifted to a better facility in Springfield, Missouri. Owing to the stormy weather, they couldn’t airlift him, and he was transferred to the Springfield hospital by ambulance instead. Chase underwent hours of surgery before the doctors told him that he had lost his left eye (it had to be removed) and that there might not be any movement on the left side of his face.

Chase was also informed that the scarring might be permanent. Understandably, he was crushed, but he found solace in faith, and soon, his natural good humor returned. When Dave and Jenny Marrs visited him in hospital, bringing with them various things that they thought his wife Chelsie might need, Chase told them that he didn’t have the face for TV anymore. The Marrs jokingly reassured him that it didn’t matter because he never had a face for TV in the first place.

It has been more than two years since the incident, and now, the father of two has come to accept God’s plan completely and believes the incident to be a beautiful lesson from his maker. Chase Looney is full of optimism and good-naturedly jokes about being the guy with one eye, not letting an accident dampen his sense of humor and spirit. More power to him!

Read More: Where Is Fixer To Fabulous Season 2 Filmed?