‘Christmas Chateau’ is part of Hallmark’s Christmas movie lineup that inspires one to get back in touch with what they love. Margot (Merritt Patterson), a world-renowned pianist, comes back home to Chateau Neuhaus to celebrate Christmas. She unexpectedly bumps into her ex-boyfriend and former fellow musician, Jackson (Luke Macfarlane), who encourages her to lead the Christmas Concert.

Surrounded by music and working together make the two wonder if they have another chance at love. What is special about the film is the music as Luke Macfarlane, the actor who plays Jackson, is a classically trained cellist. Directed by Michael Robinson, it promises a feeling of warmth and a musical Christmas. Without further ado, let’s get straight into discussing the filming details!

‘Chateau Christmas’ is a big, wintery Christmas treat. It received the stamp of approval from the audiences because of its stunning and appealing visuals. If you are wondering where one can find this Winter Wonderland, we are here to help you out!

‘Chateau Christmas’ was filmed in just one location, considering the Covid-19 pandemic, and it is the town of Whistler in British Columbia, Canada. Whistler is about 87 miles north of Vancouver and is famous for its ski resorts, winter sports as well as hiking and mountain biking in the summer. It also hosted a few events during the Winter Olympics in 2010. Every year Whistler is visited by millions of tourists, mostly families looking to celebrate a perfect Christmas and New Year.

A large part of the ‘Chateau Christmas’ was filmed at the Fairmont Chateau Whistler, which is a luxury resort located at 4599 Chateau Boulevard. During filming, standard safety protocols were followed regarding health in light of the global pandemic. Most of the actors in the film are Canadian and finished a two-week quarantine before they started shooting. 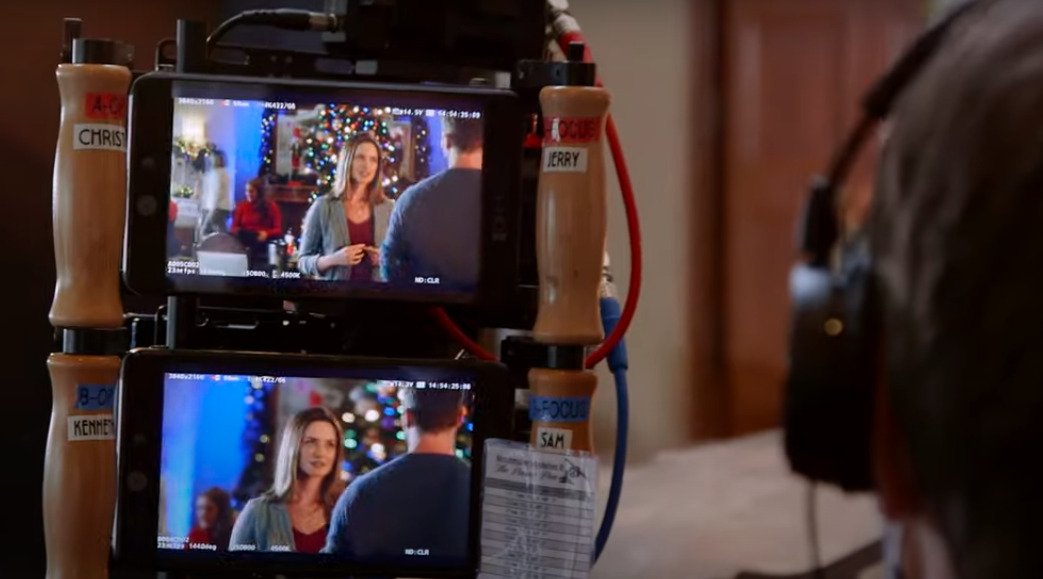 Merritt Patterson plays the female lead Margot in ‘Chateau Christmas.’ She is best known for her lead role in ‘Ravenswood,’ a spin-off of ‘Pretty, Little Liars.’ Apart from this, she is widely recognized as Ophelia Pryce from ‘The Royals’ Her most successful run has been in the six Hallmark films she has done, including ‘Wedding March 4: Something Old, Something New’ and ‘Forever in My Heart.’

Luke Macfarlane plays Jackson, a cellist. The interesting thing is that when the role was offered to him, Jackson’s character played the violin. Being a trained cellist himself, Jackson’s character was then made to play the cello instead. He is best known for playing Scotty Wandell on the show ‘Brothers & Sisters’ and Agent D’avin Jaqobis in ‘Killjoys.’ He is also known for several theatre projects and nine Hallmark films before ‘Chateau Christmas.’