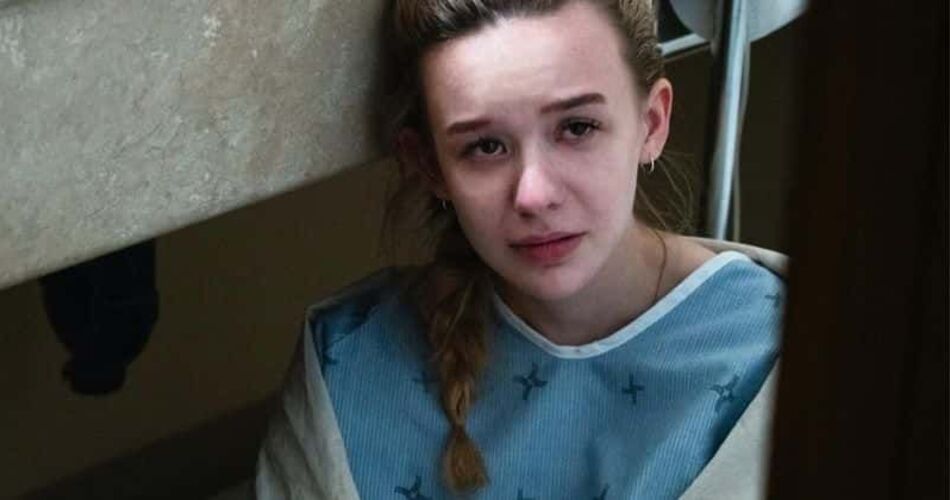 ‘Cheerleader Abduction’ is a made-for-TV thriller that is part of the “Fear The Cheer” series of Lifetime TV’s fall lineup. ‘Cheerleader Abduction’ pretty much gives away the premise of the movie in its title itself. At its heart, the film is about a mother and daughter’s love for each other and the extent to which each will go to keep the other safe and happy. ‘Cheerleader Abduction’ revolves around Olivia, a beautiful and popular high-schooler with a 4.0GPA, who is also the captain of the cheerleading squad. Olivia has a bright future ahead of her until it all goes to hell when she becomes pregnant. Olivia decides she cannot let anyone find out about her pregnancy because her mom, Trish, is running for governor and the scandal would ruin her mom’s gubernatorial campaign. Olivia turns to an underground adoption ring for help but that leads to her disappearance. When Trish finds out about her pregnant daughter’s abduction, she races against time to find and bring back Olivia and her grandchild.

Manitoba emerged as one of the safest places to shoot films after the pandemic hit, as evidenced by its super low number of COVID-positive cases. In early July 2020, Manitoba opened up film productions, starting small with documentaries and TV movies only, because the crew is smaller and therefore easier to handle (from a health and safety point of view) than feature film or TV show productions. Their strict social distancing guidelines and low COVID-positive cases must surely be the reason why Winnipeg was chosen for principal photography of the movie ‘Cheerleader Abduction’.

Though I dreamed, I never thought I would ever get to play the lead in a movie. To be honest, when I first got the casting notice I didn’t want to audition for Olivia and asked if I could read for something else, because I thought I wasn’t good enough to play the lead. I feel honored to have been chosen to tell such an important story, and play an emotionally challenging character. Not only that, but to have had the opportunity to work with the most phenomenal cast, director, production team, and crew who have all been working so hard to make this project come to life during a literal pandemic. This movie is thought to be possibly the first union production in North America to have filmed since COVID shutdowns, and I feel privliged to have been apart of this milestone. As a final goodbye to what was a dream character of mine to play, I thank everyone who has supported me in my acting career and in this production. I cannot wait for everyone to see this project and am looking forward to spilling more details when I can! 🖤🖤🖤