How Did Dom Die in Chemical Hearts? What Happened to Grace’s Boyfriend? 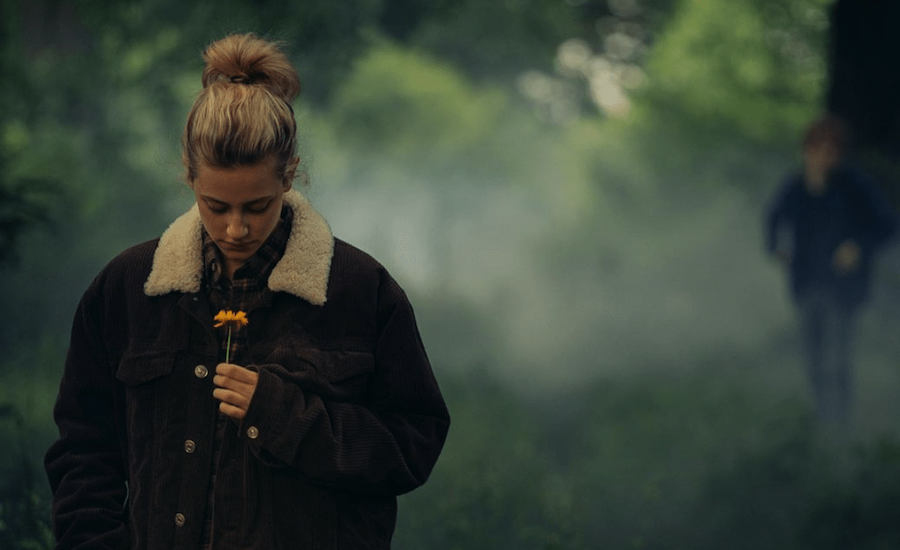 ‘Chemical Dreams’ tells the story of Henry and Grace, as both of them fall in love and suffer a heartbreak by the end of it. While Henry’s first love comes in the form of Grace, she has already met her perfect match. When she meets Henry, she is coping with the loss of someone who had been very important to her. Her grief becomes an important factor in her relationship with Henry and eventually, he has to accept that Grace needs to deal with this on her own and is not his to fix or repair. What is this loss? Who is Grace grieving over? SPOILERS AHEAD

What happened to Grace’s boyfriend Dom?

Henry meets Grace after she has been through a deadly accident. She walks with a cane and is insistent on walking back home rather than driving around, even though she has a car. Henry later discovers that Grace had been in a car crash. She had been in the passenger seat and the crash led to an injury on her leg. In a conversation about why she doesn’t write anymore, she reveals that she had lost someone very close to her and had been asked to write a eulogy for them. When she couldn’t do it, she decided that she was better off not writing anything.

These little bits and pieces from Grace’s life come together when Henry follows her to the cemetery and finds out that she visits the grave of a boy named Dominique Henry Sawyer. A little research on the Internet reveals that Dom had been Grace’s boyfriend. The accident that had injured Grace was the one that claimed Dom’s life. It was to get away from her previous life that Grace had changed schools, and had completely flipped an otherwise social and outgoing personality of hers.

The extent of Grace’s struggle with her grief is revealed to Henry in several instances. She gets mad at him for replaying the song that she had shared with Dom. Despite her liking for him, she feels at a tug-of-war about letting go of her past and moving on with him. Eventually, Henry realizes that Grace is so deeply buried in her grief that she has moved in with Dom’s parents and now lives in his room. Not just that, she also wears his clothes. It is then that Henry accepts that Grace will never love him back, not completely.

The reason why she had been so desperately holding on to anything that would keep her connected to Dom was that she felt responsible for his death. It is revealed at the end that when Dom had been driving, she was teasing him. She was being playful and he had asked her not to be because it meddled with his focus on the road. But she just wanted to make him smile and one moment of losing attention led to the car swerving and flying off the road. Since then, Grace feels responsible for Dom’s death. Had she listened to him, he would still be alive.

The guilt takes such a strong hold of her that she stays stuck in that day when the accident happened. When Henry finds her on Dom’s birthday, at the abandoned warehouse, she finally lets go of some of her regrets by leaving behind the dress that she was supposed to wear on their wedding day. This signifies that she has acknowledged that she needs professional help to deal with her trauma, and on the last day of school, she tells Henry that she is taking a year off to focus on getting better.