How Did Cheryl Araujo Die? 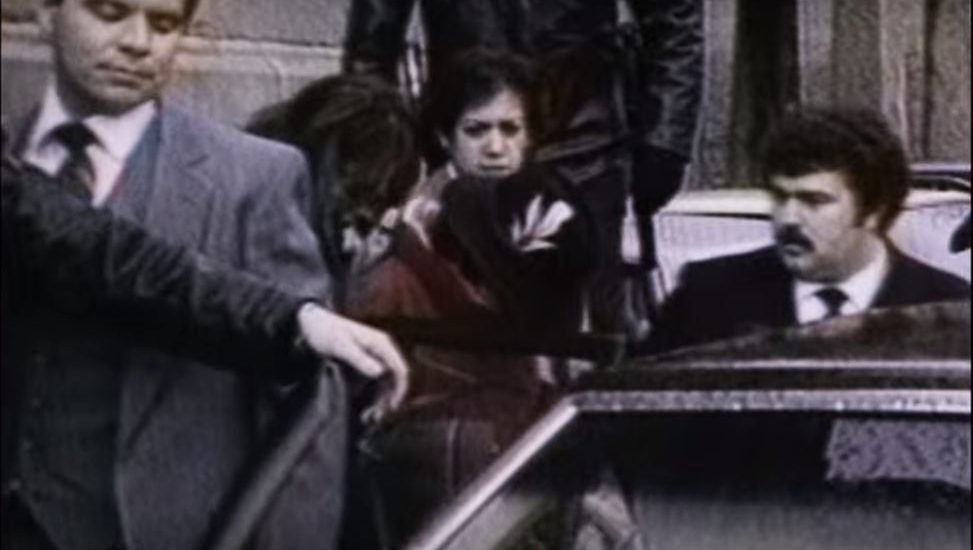 Netflix’s ‘Trial by Media’ is an insightful docu-series that presents several cases that received widespread media coverage. By doing so, the show manages to depict how the media might alter justice. The fifth episode depicts the most disturbing case of the anthology docu-series. It revolves around the gang rape of a New Bedford resident, Cheryl Araujo. The episode sheds light on the voyeuristic attitude and the prevalence of ignorant opinions brought about by the televised trial.

Cheryl Ajauro was a resident of New Bedford, Massachusetts, and a mother of two daughters. One night, she ran out of cigarettes and decided to buy some at a nearby bar, Big Dan’s Tavern. Unfortunately, just as she was about to leave, she was stopped by a man who began to rape her. Her hellish experience continued as she was put on a pool table where three other men also joined in on the gruesome act.

The rapists were Joseph Vieira, Danieal Silva, Victor Raposo, and John Cordeiro. What is even more shocking is the fact that the other men in the room watched and even cheered on, instead of stopping the heinous crime or calling the authorities. The two men identified for cheering were Virgilio Medeiros and Jose Medeiros. Unfortunately, Araujo (the VICTIM) suffered more when she decided to press charges: an ugly reminder of everything that was flawed about the case and society, in general.

The Trial By Media

After Araujo decided to press charges, the judge, William Young decided to allow the media to film the trial: a mistake he regrets to this day. The trial, like most rape trials, turned out to be grueling and disturbing for the victim, Araujo. However, the difference, this time around was the fact that the court proceedings were being FULLY televised. This led to a national conversation with some opining that Araujo was “asking for it” and should have never gone to a bar alone at night.

Araujo was grilled by the defendant’s lawyers, who were trying to poke holes in her story and cast reasonable doubt. “Cheryl Araujo was required to testify for hours at a time over a period of several days,” according to ‘The Harms of Crime Media: Essays on the Perpetuation of Racism, Sexism, and Class Stereotypes.’

Arrangements had been made to NOT televise Araujo’s face during the trial. However, due to an oversight, her name was televised. Hence, her identity did not remain undisclosed, especially in a tiny community like that of New Bedford.

Virgilio and Jose Medeiros were deemed to be NOT guilty. The four rapists were adjudged to be guilty for the crimes, by a jury. However, none of them ended up serving more than six years in prison.

Even in a half-sensible society, that is where Araujo’s troubles should have ended. However, a massive protest was what took place AGAINST the decision. The Portuguese community felt that they had been victimized and that the four rapists had not been guilty. “Catherine Gabe, a journalist, interviewed women marchers and found unsympathetic blaming attitudes toward the victim of a brutal gang rape. “They did nothing wrong to her. Her rights are to be home with her kids and be a good mother.” “She should get punished too. If they raped her, she was the aggravator”” (New Bedford Standard Times, cited in Chancer, 1987, p. 251, as cited in ‘Attitudes Toward Rape: Feminist and Social Psychological Perspectives’ by Colleen Ward).

Araujo felt unsafe in her own hometown and decided to leave with her family. It was understandable, given the unfairly risky atmosphere in New Bedford. A caller had even called her “dead meat” on a local radio station (ibid.). She shifted to Miami, Florida. There were multiple other threats against Araujo, including a bomb threat.

Unfortunately, in December 1986, Cheryl was found dead due to a road accident. Her car had crashed onto a utility pole, killing Araujo. However, her death did not get enough news coverage: definitely nowhere close to how much her rape trial was covered.

Cheryl Araujo is featured in the 2nd row, 4rth column.

Posted by In Memory of Cheryl Ann Araujo on Monday, April 3, 2017

Moreover, there had been conflicting reports about her death initially. The Associated Press reported that “investigators said alcohol or drugs were not involved.” Soon, there were contradictory news reports about how Araujo “had a blood alcohol level nearly three times the level at which one is considered legally drunk when she lost control of her car in south Miami.

An article in the Washington Post reported how Araujo suffered from alcoholism and that is what led to the accident. The article also reported how “it is known that she was abandoned by her mother and raised first by her great-grandmother and later by her grandparents. After the trial she was unable to face the hostility of the town, including bomb threats and other threats against her life, and she fled to Florida. She entered an alcoholic rehabilitation center there and reportedly did well for a time.”

Posted by In Memory of Cheryl Ann Araujo on Thursday, March 9, 2017