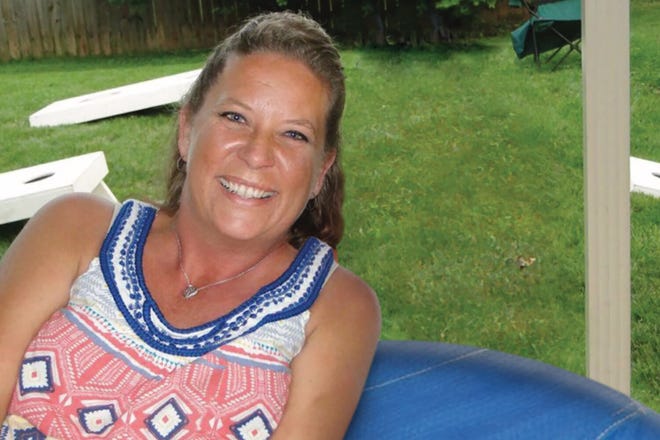 Investigation Discovery and People magazine partner up in ‘People Magazine Investigates’ to chronicle some of the most high profile true-crime cases in American history. Each one-hour episode in this intriguing series is riddled with betrayals, buried secrets, and shocking twists, along with exclusive interviews with everyone involved so as to give us a complete account of a case. And, ‘Suburban Secrets,’ highlighting the disappearance of Cheryl Coker, is no different. Its synopsis reads: “After doting mother Cheryl Coker vanishes from Riverside, Ohio, numerous searches turn up nothing; as police take a closer look at the case, they uncover some disturbing information.” Curious? Here’s what we know.

What Happened to Cheryl Coker?

Cheryl Coker was seemingly living a blissful life – she had two wonderful daughters and a loving husband, William “Bill” Coker, with whom she’d spent almost two decades with. The couple had tied the knot in 1998, after Cheryl’s first marriage, resulting in the birth of her first daughter, Marisa, was short-lived. In the years that followed, she and Bill welcomed her second daughter Mikayla into this world and became grandparents to Marisa’s daughter as well. To everyone outside, the Coker’s were the perfect blended family, but Bill’s frequent infidelity led to a lot of bumps in the road. And, in the end, on September 21, 2018, Cheryl filed for divorce. She didn’t want to lose him, and he wanted to keep up their pretense until Mikayla, then 15, was an adult, but Cheryl did what was right for her.

About six days after Cheryl filed for divorce, Bill and Mikayla went ahead with their preplanned family vacation to Orlando, Florida, while Cheryl stayed behind to attend a family wedding. Unbeknownst to Cheryl, though, accompanying them on this trip was Bill’s alleged girlfriend. According to police records, it was on October 2, 2018, the morning after the party of three returned, that Cheryl disappeared, never to be seen or heard from again. That morning, she dropped Mikayla to school, returned to the home she and Bill still shared, and logged onto Facebook until about 7:45 a.m. Then, three hours later, CCTV footage shows that her SUV entered the parking lot of a strip mall about a mile away from her place. It is unclear if she drove it there herself or not.

It was out of character for Cheryl to be out of touch. After all, she had two daughters, a granddaughter, and a mother who was suffering from cancer. So, as the day wore on and Mikayla couldn’t reach her mother, she contacted her relatives, who, in turn, worried, began a search. They used the find-my-phone app in the hopes of tracking Cheryl down, but eventually, what they discovered was just her phone and other personal belongings locked inside her abandoned car in the mall’s parking lot. Cheryl, or even a trace of her presence, was nowhere to be found, and so the authorities were contacted.

Was Cheryl Coker Found? Has She Been Killed?

The officials almost immediately began their missing person’s investigation and questioning anyone they could think of about Cheryl’s possible whereabouts. Bill Coker was, of course, one of them. After being called to the scene for interrogation, he apparently referenced to the couple’s open marriage and implied that Cheryl had been engaging in risky behavior just shortly before her disappearance. He seemed to be cooperative, but a detective pointed out that he didn’t show any interest in how the case was proceeding as time went on. The clues that the officers managed to gatherer made it seem as if foul play was involved from Bill’s side as well, but they could never prove any of it, especially without Cheryl or her remains.

Nevertheless, there was other evidence. The same footage that captured Cheryl’s car entering the mall’s parking lot also caught a man dressed in all black, wearing a hood to cover his face, walking out from it shortly after. Then, a 911 call from the same day reported that someone saw a similarly dressed man walking in Cheryl and Bill’s neighborhood. Another surveillance footage caught this man walking along a fence line toward their house. Video from later in the day, from a grocery store, shows Bill, dressed in a dark-colored shirt, shorts, and shoes, with a gash on his arm and elbow. This could mean that he was the mysterious man, but again, there’s no proof. When the police questioned Bill about his injury, he gave a half-hearted explanation and refused to elaborate on it any further.

It was only on April 25, 2020, that the case gained serious traction once again. More than a year and a half after Cheryl Coker vanished from the face of the earth, her remains were found by a mushroom hunter in a remote, wooded area, on a private property, in Greene County, Ohio. This property places about a 15-minute drive from the Riverside mother’s home. The forensic autopsy on the skull and few bones discovered could not determine the exact cause and manner of Cheryl’s death, but the coroner’s office did suggest that it was related to foul-play, and was, in fact, a homicide. The bones, “near complete skeletonization,” showed no apparent signs of trauma. Following this, in June, the local police department requested the Ohio Bureau of Criminal Investigation to become the lead agency in Cheryl Coker’s murder case.

To this date, with no charges or arrests being made, the investigations are ongoing. In saying that, though, the Riverside police did name Bill Coker to be the prime suspect in February of 2019, so he remains to be a person of significant interest. However, Bill maintains his innocence and denies that he had any involvement in his wife’s death. (Featured Image Credit: ID’s People Magazine Investigates)