When Will Chesapeake Shores Season 5 Premiere on Hallmark? 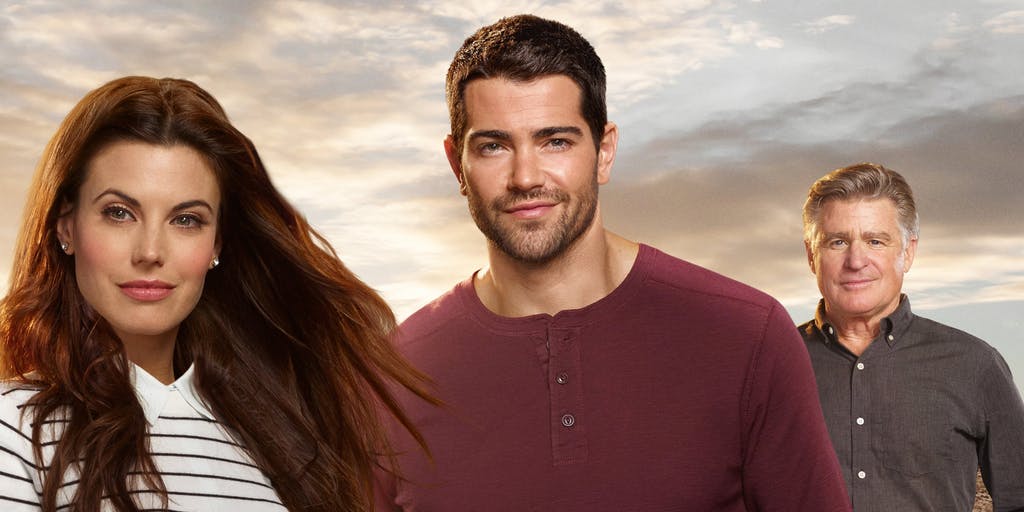 ‘Chesapeake Shores’ is a Canadian/American drama series that airs on the Crown Media-owned Hallmark Channel. Developed by Dan Paulson, the show is based on American author Sherryl Woods’ novel series of the same name, which were published between 2009 and 2017. The show, which is set in the titular town of Chesapeake Shores, follows a young woman who moves to the town to help save her sister’s failing inn. However, things get complicated for her when she has to confront her past.

Season 4 of the show released in August, 2019. Now, you must be wondering, will there be a Chesapeake Shores season 5. Here’s everything we know.

Chesapeake Shores Cast: Who is in it?

The show primarily revolves around the O’Brien family, and Meghan Ory plays the role of the main protagonist, Abby O’Brien-Winters, who moves from New York City to her hometown of Chesapeake Shores to help out her sister. Joining Ory as a very important cast member is Jesse Metcalfe as Trace Riley, a musician a Abby’s first love.

In Season 5, we expect all the main cast members and most of the recurring cast members to make a comeback and reprise their roles.

Chesapeake Shores Plot: What is it about?

The show takes place in the fictional town of Chesapeake Shores in Maryland, and revolves around the O’Brien family, their past, and their relationships with other characters in the show.

The story starts off when Abby, living in New York City with her two daughters, receives a panicked phone call from her youngest sister, Jess, who is renovating the Inn at Eagle Point with the aim of turning it into a bed & breakfast. Upon receiving the call, Abby is reminded of her past and her hometown of Chesapeake Shores, which had completely slipped from her mind owing to her extremely demanding career, divorce proceedings, and the task of bringing up her daughters.

Abby, however, does agree to help Jess out, and heads to Chesapeake Shores to save her from bankruptcy. Upon returning to the town that her father built, Abby has to deal with her fractured family, which consists of one struggling playwright sister, one wannabe innkeeper sister, a brother who is on leave from Afghanistan, a brother who is an aspiring and ambitious attorney, estranged parents, and the matriarch, Nell.

Abby also has to deal with with Trace Riley, her first love whom she had abruptly abandoned 16 years ago. What follows is much family drama and the kind of unattainable romance that Hallmark Channel is known for. While the show uses many familiar tropes, even to the point of becoming cliched, it is saved by stellar performances by its cast members, especially by Treat Williams as Mick and Diane Ladd as Nell.

In season 4, we saw Trace returning from tour to an uncertain future with Abby, whereas not happy with running David’s family inn together.  Bree, on the other hand, meets with potential producers for a new play after penning a national bestseller. Trace’s efforts to win Abby back doesn’t go anywhere and subsequently, he decides to move on. Abby, on the other hand, finds herself in a mess when she blows lids of a Ponzi scheme. After a stressful deposition, she reconsiders her priorities and the future of her career with Jay’s support.

If season 5 is greenlit, it is expected to continue following the interesting families of Chesapeake Shores.

Chesapeake Shores Season 5 Release Date: When will it premiere?