Cheyenne Clough Murder: Everything We Know 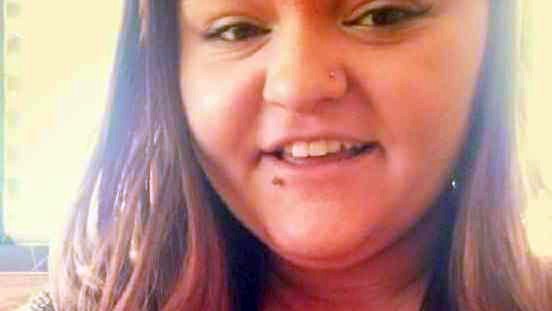 ID’s ‘Dead Reckoning’ follows certain murder investigations that are more akin to solving puzzles. The police investigators, most often need to put together a series of links before motive and suspects come to light. Its first episode titled, ‘Murder in the Park’ follows the murder of a single mother under very unusual circumstances.

Cheyenne Lee Clough was found fatally wounded and unresponsive on 1 June 2016, in Crow Springs County Park. Clough was discovered by a girl on her way to school. She was then taken to North Memorial Medical Center, but she passed away subsequently due to the grave injuries she suffered. She was shot in the back of her head, neck, and shoulders. She was also beaten up quite badly. She was 19 years old at the time of her death and had a three-year-old son, Elijah.

The investigation soon followed with the arrest of six people, who the police believed were linked to the murder of Clough. Initially, three of them were charged in Wright County District Court with respect to Clough’s murder. As per the charges, the authorities stated that Clough had an argument with the defendants in the case about them snitching on her boyfriend, who had an outstanding warrant.

The argument is believed to have taken place at Justin Jensen’s residence at Maple Lake on the evening of 31 May. It was stated that Clough threatened to have one of them, Callie Anderson, arrested on her outstanding warrant. It was after this that Justin Jensen ordered Clough to be killed. He is believed to have provided a .22 pistol that was stolen during a break-in to Shawn Benson and Edward Zelko to put the plan into action. While a lot of specific details have not been revealed, it was stated that they were all friends.

In addition to this, it was also reported that they often abused drugs like LSD and methamphetamine. After Clough’s death, her family set up a GoFundMe page to raise funds to help out with taking care of her son.

After this, Benson and Zelko were stated to have gotten a vehicle under the guise of dropping her home. However, she was taken to Crow Springs Park, where she was beaten and shot to death. As per reports, some of the residents nearby reported hearing gunshots and a woman screaming around 3:00 AM. Benson and Zelko then went back to the residence at Maple Lake and told Jensen that they had carried out the job.

Jensen, Benson, and Brandenburger were arrested at International Falls, while they were attempting to flee. Zelko was arrested in Todd County. Later, Thomas F. Nicholson was arrested and charged with aiding an offender to avoid arrest. Jensen and Zelko were charged with aiding and abetting to murder along with second-degree murder charges. Benson, however, was charged with second-degree murder. Brandenburger and Anderson, who were also arrested, were charged for lesser crimes in connection to Clough’s death.

In June 2018, both Jensen and Benson were sentenced to 40 years in prison for their respective roles in murdering Cheyenne Clough. Benson had entered a guilty plea, while Jensen, pleaded guilty and entered an Alford plea. Assistant County Attorney Brian Lutes explained the Alford plea with respect to Jensen’s case. He said, “allows him [Jensen] to maintain innocence to some degree, but admit the jury would find him guilty.”

Edward Zelko pleaded guilty to aiding and abetting murder and was sentenced to 30 years in prison. Nicholson was sentenced to 12 months in jail, but the execution was stayed to three years of supervised probation and two years of unsupervised good behavior. He was also mandated to do community service and pay a fine. (Feature Image Credit: Gofundme.com)

Read More: Where Are Jensen and Benson Now?