Chi Chi DeVayne Passes Away at 34 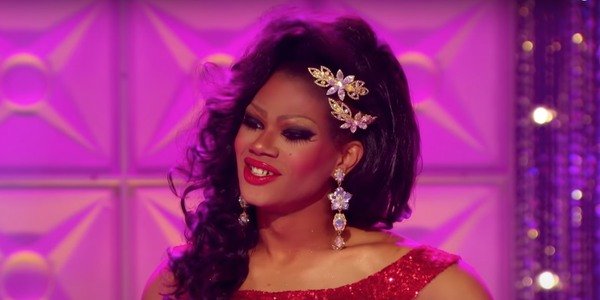 Chi Chi DeVayne, known offstage as Zavion Davenport, has passed away at the age of 34 on August 20, 2020. Chi Chi was recently admitted to the hospital for pneumonia. Family members have confirmed the news of the drag queen’s death via an Instagram post from Chi Chi’s account. It reads, “It is with tremendous sorrow that my family and I announce the passing of my beloved son, Zavion Michael Davenport, the world-renowned Chi Chi DeVayne.” Chi Chi’s final words to fans were never to give up.

The official notification from his family!

The entertainer is a person of their word, and remained hopeful during the hospitalization, saying that fans should keep Chi Chi in their prayers and the return would be swift. The video showed DeVayne on a hospital bed, attached to medical equipment. Even during the last hospitalization, Chi Chi’s condition was not too great. In July, Chi Chi was rushed to the hospital with high blood pressure and suspected kidney failure. DeVayne reached out to fans telling them there were catheters to Chi Chi’s heart, and the kidneys were surgically installed before DeVayne underwent dialysis treatment.

Overall, 2020 had been a rough year for Chi Chi, medically speaking. The entertainer revealed earlier that DeVayne had scleroderma. The chronic and incurable illness causes the skin to tighten, and thick scar tissues start forming around the internal organs, which impairs their ability to function. Chi Chi lost weight due to this, and could not perform at her peak dancing abilities. DeVayne rued at the time, saying, “It’s hard when you go from being at the top of your game and then … something like this hits.” Here’s a short video of Chi Chi’s moves.

The video is out 🤗 and is available on mostly all the steaming platforms. Thanks @thedragstop_ for my complete look and a special thanks too @randyboo222 for allowing me to do a lil sum sum on your fab song GFY link in the bio

Chi Chi’s appearance in two seasons of ‘RuPaul’s Drag Race,’ made the entertainer a household name. The drag queen from the south blew everyone away with her moves, unique dresses, and effervescent personality. Chi Chi hails from Shreveport, Louisiana, but the reality show made her a global icon, and she’s formerly shared several updates of her travels, as you can see here.

Just as i thought… Trash💅🏽 👗@Chauchicdesigns 💋

The impact Chi Chi had on everyone around her is undeniable. RuPaul tweeted via the show’s handle, saying, “I am heartbroken to learn of the passing of Chi Chi DeVayne. I am so grateful that we got to experience her kind and beautiful soul. She will be dearly missed but never forgotten. May her generous and loving spirit shine down on us all.” RuPaul’s also extended condolences to Chi Chi’s family during these trying times.

"On behalf of VH1, World of Wonder and the cast and crew of RuPaul’s Drag Race, I extend my deepest sympathy – from our family to hers." –RuPaul (2/2)

Others in Chi Chi’s world of drag queens, like Peppermint, also expressed how wonderful DeVayne was. You can see the post celebrating Chi Chi’s best qualities.

So much joy so much light. Such I caring, empathetic and beautiful soul.
I love you Chi Chi. Rest in Power pic.twitter.com/a69JK8wvvT

Even those outside this lifestyle, like Padma Lakshmi, have taken the opportunity to mourn the untimely demise. Padma’s praised Chi Chi for being down to earth and incredibly humble. You can check out her post, where she’s lauded DeVayne for influencing the young LGBTQ community.

So deeply sad about the loss of Chi Chi DeVayne. She was an incredible performer, so down to earth and a bright light in the drag community.

She brought such Louisiana warmth & personality to @RuPaulsDragRace & I'm sure inspired countless young people in the LGBTQ community. pic.twitter.com/PmcALwLRFF

DeVayne has touched several lives with traditional Louisiana warmth and will be sorely missed by family and friends. Our deepest condolences go out to her family members during this trying time.