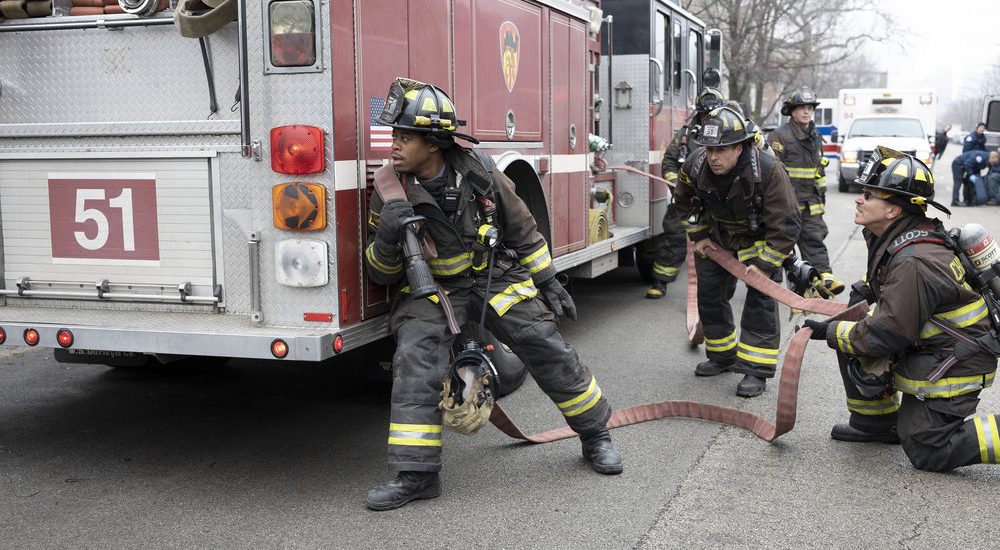 The current eighth season of Chicago Fire has managed to retain its position among NBC’s most-watched shows — especially since it forms a part of the channel’s One Chicago universe that is a staple of the 3-hour-programming block, airing on Wednesday nights. However, this week’s episode managed to surpass all numbers, considering the fact that it featured an epic crossover with Chicago PD.

Well, after airing its latest 15th episode this week on February 26, 2020, now it is all set to release its next episode. Read on to know how and where you can watch ‘Chicago Fire’ season 8 episode 16.

Chicago Fire Season 8 Episode 16 Release Date: When Will It Premiere?

Here’s how the synopsis goes for the upcoming episode: “Boden is on edge after starting a new fad diet. Casey and Severide disagree on a call. Brett’s birth mother shares life-altering news. A familiar face has a proposition for Herrmann.”

We guess the next story will feature a lot of comedic moments from Boden. After all, who does not turn sour after embracing a new diet? And Sylvie will have further life-changing moments. It is yet to be seen how the appearance of her birth mother affects her future decisions.

In episode 15, called ‘Off the Grid’, Matt asks Sylvie if she has communicated with her birth mother yet. Sylvie responds by saying that it would be better to go and meet the woman in person. Soon, the team receives a call about a number of victims who have OD’d on drugs. The team gives them Narcan and oxygen but one of the girls, a 17-year-old teen, does not make it. Her name is Brandi and they manage to track her boyfriend, Travis, who claims that the drug dealers care only about cash and not about who lives or dies.

Sean Roman arrives at Firehouse 51, saying that his sister Sarah is missing and she happens to be the best friend of the girl who OD’d on fentanyl. Further investigation reveals that Sarah had been going out with an older guy called Logan, who is involved with the West 7 Crew (South Side Hustlers).

The crew tracks Logan down and there is an ambush. However, Logan escapes and Voight reaches the scene. Sean then tells Kim that he wanted to take matter into his own hands since he knew Sarah was dealing drugs and is also an addict. Kim requests Sean to trust her at the moment and she will see that things get sorted.