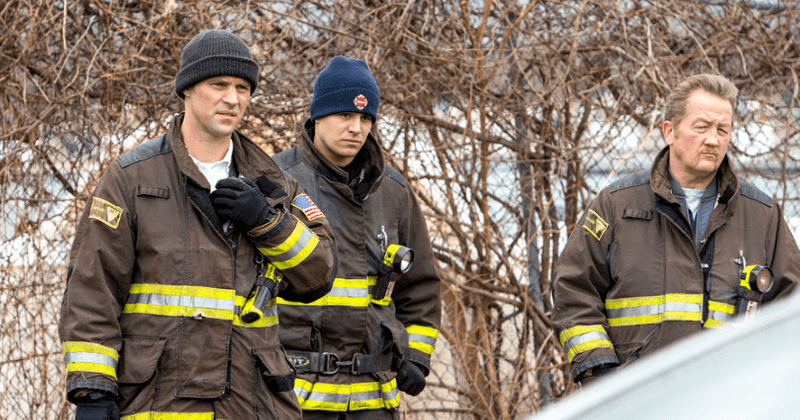 Are you eager to know what the next episode of Chicago Fire holds for viewers and when it will land on NBC? First things first though. The season has again gone on a hiatus — taken a brief break to be apter. Well, after airing its latest 16th episode this week on March 4, 2020, all the three shows from the Chicagoverse will take a vacation. Read on to know how and where you can watch ‘Chicago Fire’ season 8 episode 17.

Chicago Fire Season 8 Episode 17 Release Date: When Will It Premiere?

Here’s how the synopsis goes for the upcoming episode: “Things get personal for Casey and Gallo in the aftermath of a suburban house fire involving a mother and her young son. Herrmann campaigns for more respect. Kidd has an idea for giving back to her community.”

The case of the week begins with Chief Wallace Boden informing the crew that they need to be tighter and focus on their jobs. Something is off with Bolden. Well, his wife has put him on a diet, and this is the sole reason for his sour behavior. The team then gets a call and reach a site where a vehicle is partially submerged in icy waters for more than 45 minutes.

Kidd pulls up the car safely on-shore but there is nobody inside it. The one driving the car is a 38-year-old lady named Lisa Burke. Later, it is also revealed that the woman is alive. She informs 51 that her fiance, Gary had driven the car this morning and since then, there is no news about him.

Casey next discusses with CPD about the body. But CPD tells her that although they did not find any corpse, it seems the car was tampered with. So this means that this was not an accident but a murder. Later Lisa barges in and informs the crew that Gary is, in fact, a con artist who had laundered her money from her bank account. She had fallen in love with him after meeting him online and knowing him as an aviation engineer. But this very morning, her car was found in the lake and her cash disappeared. Everything is very confusing for her.

So, the team launches its own investigation. After making some calls, Matt discovers that Gary is still alive and he also has a wife and a son.

Read more: Chicago Med S05 E17: How And When To Watch Online?