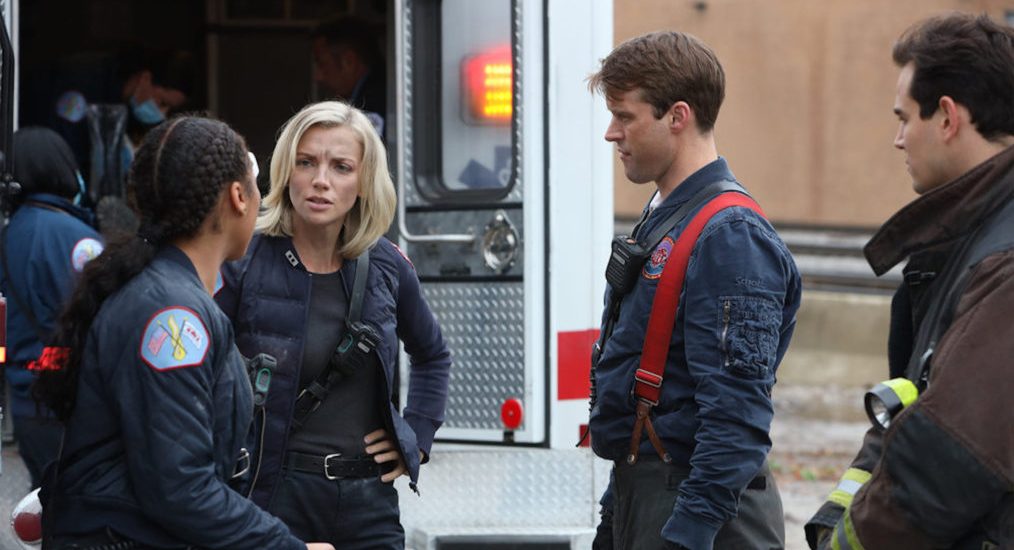 ‘Chicago Fire’ fans waited a long time for their beloved show’s ninth season and then when it finally premiered, the excitement was short-lived. Last week’s season 9 opener sees Brett getting a new paramedic partner in Gianna Mackey but the pair’s ambulance goes off a bridge and the episode ends with their fates unknown. This week’s season 9 episode 2 shows us that Brett and Mackey are both fine as they climb out of the ambulance. There is a detailed summary of the episode at the end of this article but first, let us take you through a quick preview of the next episode of ‘Chicago Fire’.

The reason the fans’ joy was short-lived is that after only two episodes, season 9 of ‘Chicago Fire’ is going on a winter break and new episodes will return next year. ‘Chicago Fire’ season 9 episode 3 will air on Wednesday, January 6, 2021, at 9/8c on NBC.

You can simply tune in to NBC on your TV and watch the next episode on the date and time mentioned above, as long as you have an active cable subscription. Additionally, people who would rather watch online can stream the episodes on NBC’s official website. Other options include live-streaming the season on Fubo, DirectTV, and YouTube TV. You can also catch up on previous episodes on Hulu or buy them as VOD on Amazon Prime Video.

There is no official synopsis provided yet by NBC for the next episode of ‘Chicago Fire’. But as far as we can guess, the show might see Stella Kidd take the lieutenant’s exam while newbie Mackey adjusts to life at the Firehouse 51. We can also expect to see Casey and Brett trying to figure out where they stand with each other.

After Brett and Mackey survive their ambulance crash, Brett and Casey share an awkward moment where Brett almost confesses her feelings to him. Later in the episode, Casey goes over to Brett’s house and they kiss. Just as we think these two are finally going to be a couple, Brett asks Casey if he is completely over Gabby (his ex-wife and her BFF). Casey is unable to answer this question favorably and so Brett hits the break on the Casey-Brett romance train.

Elsewhere, Mackey doubts if she is the right fit for Firehouse 51 but Joe Cruz convinces her otherwise. Chief Wallace Boden is impressed with how well Stella’s Girls on Fire program is going and advises her to take the lieutenant’s exam. Ritter gets his moment in the sun and is hailed a hero when he puts his life in danger while rescuing a woman from the train tracks.