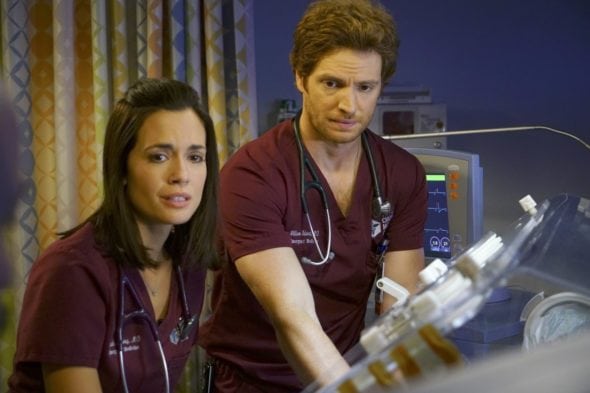 ‘Chicago Med’ is an American medical drama that airs on the NBC and first premiered on November 17, 2015. The show has been created by Dick Wolf and Matt Olmstead. The former is best known for his ‘Law & Order‘ franchise. ‘Chicago Med’ specifically is the third installment in Wolf’s new brainchild, that is, the ‘Chicago’ franchise.

The franchise, itself, is focused on various public services in Chicago, Illinois. Thus we have shows about firefighters, cops, legal professionals and medical professionals, who are all dedicated to serving the city of Chicago. Some of the other shows in the franchise include ‘Chicago P.D.‘, ‘Chicago Fire‘, and ‘Chicago Justice‘.

Notably, there is one unifying theme throughout the franchise, and that is a small bar called Molly’s that is frequented by characters from all the four shows. The shows all try to end most of their episodes at the bar since it is a great note to end the episode in a manner that somewhat connects it to the other shows. There have also been some crossover episodes, so fans of the franchise are immersed more than even in this universe Wolf has woven.

A professional life in the hospital is very chaotic as you never know when you get a call for an emergency. ‘Chicago Med’ tries to keep that surprise going for the viewers by featuring the newest type of emergencies and cases. We see the highly skilled medical team trying to save lives while they also have to manage their interpersonal relationships. If you like shows like these, we also recommend that you check out ‘Grey’s Anatomy‘ and ‘Code Black‘, which not only shows the drama and the medical aspects involved but also addresses the issue of how bureaucracy can sometimes get in the way of the medical profession.

The show has had four successful seasons so far and is in the middle of its fifth season. Over the last few seasons, the show has garnered a loyal fan base.

As far as the future of the show goes, fans should know that the show enjoys a brilliant rating and has a large viewership. Given this fact, NBC is unlikely to pull the plug on the show, and it would not be wrong to expect more seasons in future.

Chicago Med Cast: Who is in it?

The cast of Chicago Med is led by Nick Gehlfuss as Dr. Will Halstead, who is former plastic surgeon. Halstead is the younger brother of Detective Jay Halstead of ‘Chicago P.D.’. Yaya DaCosta plays the role of April Sexton, who is an ED nurse in the hospital. Torrey DeVitto plays the role of Dr. Natalie Manning, a pediatrician doing a fellowship in emergency medicine.

Other stars like Rachel DiPillo appears as Dr. Sarah Reese, a fourth-year medical student, who actually wants to be a pathologist; Colin Donnell as Dr. Connor Rhodes who plays the role of a cardio-thoracic fellow but changes his specialty in the second season. Brian Tee appears as Dr. Ethan Choi, an emergency room chief resident whose specialty is treating infectious diseases, and S Epatha Merkerson as Sharon Goodwin who plays the role of Chief of service at Gaffney Chicago Medical Centre. Oliver Platt appears as Dr. Daniel Charles, the chief of the psychiatry department. Marlyne Barrett is seen as Maggie Lockwood, the nurse in charge who is seldom afraid to speak her mind. Norma Kuhling appears as Dr. Ava Bekker, who is a South African trauma surgeon.

All the main cast members returned for season 5, except Kuhling and Donnell, who exited their roles. The former addressed this, saying, “Thank you ‘Chicago Med’ for two amazing years. Really going to miss this family, but feeling nothing but gratitude. A huge thank you to NBC and Dick Wolf for bringing me on board, to the best cast and crew imaginable, and, finally, to the fans for making these shows what they are. Can’t wait to cheer #OneChicago on in its future seasons with you!”

Donnell said, “Sorry to say that this is true. I love my #ChicagoMed #OneChicago family dearly. And a special thank you to all the fans that have made these last four seasons so amazing. It’s been an honor to be a part of such a great trio of shows and in the [Dick Wolf] family. I know that there’s great things coming for Season 5 and I can’t wait to see what they are along with all you fans.”

Read More in TV Preview: The Durrells In Corfu |  The Last Ship

Chicago Med Plot: What is it about?

‘Chicago Med’ revolves around the busy and hectic lives of doctors and nurses working at Gaffney Chicago Medical Center. It’s all about emergency cases and how officials at the hospital strive hard and fast to save the lives of the patients. Every new episode comes with a new emergency within the premises of the hospital. The best thing is that this show works in conjugation with ‘Chicago P.D.’ and ‘Chicago Fire’ and mixes up the stories of the miss-happenings in these three shows. Most of their plots are interlinked and get the attention of the viewers accordingly.