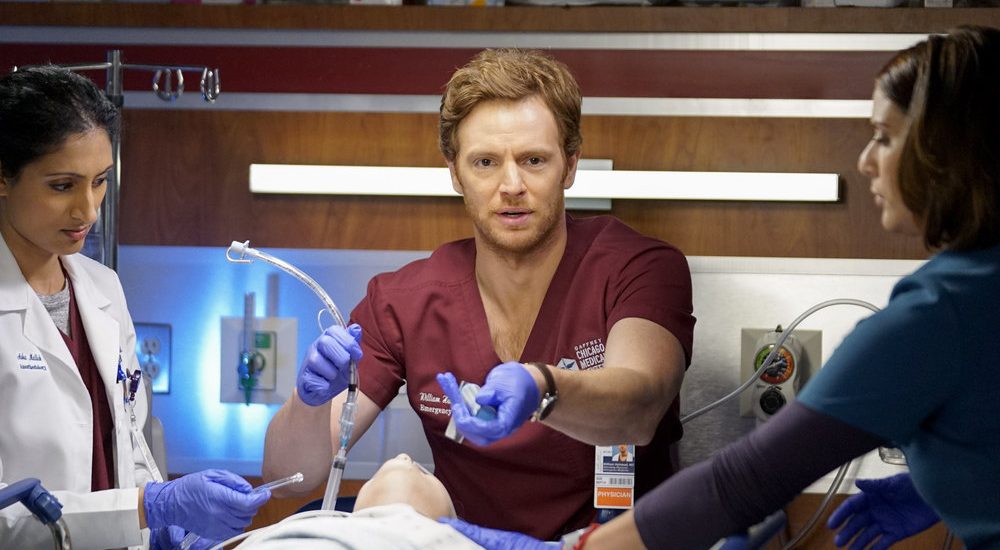 Last week on Chicago Med’s 10th episode from season 5, we witnessed Dr. Will Halstead as he goes on a guilt trip, laden with remorse. After discovering that a woman whom he had prescribed Oxytocin became addicted to drugs, Will is at a loss. To add to his woes, she passes away, leaving behind her son — who is then referred to CPS by Dr. Natalie Manning.

Will, quite shaken after the events in episode 10, makes a comeback in this week’s episode 11 with a new agenda. We will come to that later in our detailed recap. But if you done with the last episode, you might wish to know more about how the story will take off from its intriguing conclusion. Read on to know the details of the upcoming installment, i.e ‘Chicago Med’ season 5 episode 12.

Chicago Med Season 5 Episode 12 Release Date: When Will It Premiere?

Here’s what to expect from the upcoming episode as per the official synopsis: “The team deals with the aftermath of a school bus crash. Dr. Charles worries Dr. Halstead is putting his medical license in jeopardy. Maggie helps a friend in need.”

If you wish to resort to online viewing, you can watch the episodes on NBC’s official website. Other options include live-streaming the season on Fubo, DirectTV, and YouTube TV. Previous seasons are available on Hulu and on Amazon Prime Video (after purchase).

‘Chicago Med’ Season 5 landed with its 11th episode, called ‘The Ground Shifts Beneath Us’ on January 15, 2020. It begins with Wil who has come back with new spirits after conceptualizing a great program. He wants to pitch an idea where the hospital could open a safe injection site, which could be visited by addicts in order to get a safe dose of drugs when they get desperate. According to Wil, this will put an end to the multiple cases of a drug overdose.

However, Wil’s plans get postponed when he reaches the hospital, which is packed with patients, injured after an accident at the airport. Dr. Sam Abrams is also among the badly burned victims. There’s additionally an expecting mum who safely delivers a baby with a genetic disorder, requiring a liver transplant. Both the parents get tested and it is revealed that the husband is not the father!

Meanwhile, Wil’s plan is not accepted by the board and he thinks about opening an illegal site to help drug addicts. On the other hand, the parents with the baby are told that they are not the infant’s biological mum/dad. In fact, the embryo got exchanged during IVF. The team contacts the actual biological parents and they arrive to help with the liver transplant while settling the matter amicably.