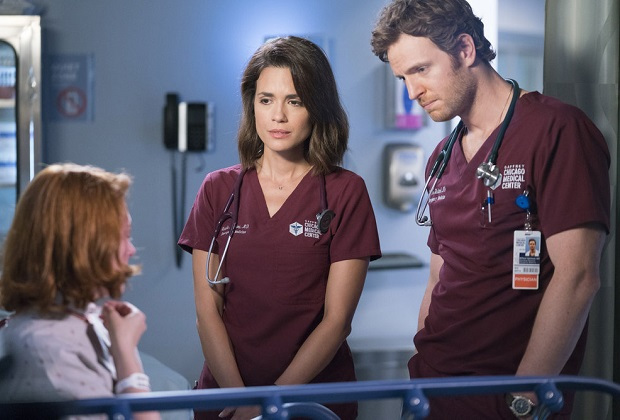 ‘Chicago Med’ Season 5, which aired its mid-season finale (episode 9) on November 20, 2019, is definitely packed with tears and heartbreaks. The main characters’ personal and professional lives go through several transformations.

In ‘I Can’t Imagine The Future’, we see Dr. Natalie Manning who gets back her memories and takes a huge decision related to her ex, Dr. Will Halstead. Meanwhile, Dr. Ethan Choi agrees to take up the six-month military deployment and April Sexton receives a terrible bit of news.

No wonder, after witnessing their favorite couples go through so many setbacks, fans waited with bated breath for the season’s winter comeback. Episode 10 landed on January 8, 2020, and we finally heaved a sigh of relief. But we want to know more about how the story will take off from the last episode’s remarkable finale. Read on to know the details of the upcoming installment, i.e ‘Chicago Med’ season 5 episode 11.

Chicago Med Season 5 Episode 11 Release Date: When Will It Premiere?

Here’s what to expect from the upcoming episode as per the official synopsis: “After a major accident at O’Hare, the E.D. is concerned one of their own is in mortal danger. Will’s proposal for a safe injection site goes to the board for consideration. Natalie and Goodwin become concerned for Gwen.”

If you wish to resort to online viewing, you can watch the episodes on NBC’s official website. Other options include streaming the season on Hulu, Fubo, DirectTV, and YouTube TV.

‘Chicago Med’ Season 5 landed with its 10th episode, called ‘Guess it Doesn’t Matter Anymore’ on January 8, 2020. And we could not imagine a more befitting start to our winter viewing. One of the main themes is, of course, the conflict between Will and Natalie. But this is just a part of the tale.

Dr. Charles is completely grief-stricken over Cici’s death, who was suffering from a terminal illness and finally succumbed to her disease. But Charles comes back to resume his duties and guides Elsa on how to address her sickness.

The episode also gives some hints of Sharon seeming a bit more affectionate toward Charles. On the other hand, Will and Natalie decide to cut off all future communications. Lynn is still a heavy addict and as a result, Natalie, having no choice, calls CPS, to take possession of Jesse.

But in the midst of everything, Will is overwhelmed with guilt. After all, he was the one who had prescribed opioids to Lynn, leading to her addiction. In fact, he is so guilty that he interferes with the proceedings of CPS and puts Lynn in a high-risk detox program. Now, with Lynn’s death, Will will definitely take the blame game to higher levels.

On the other hand, there’s also April’s relationship drama. After kissing Marcel and having complications with Ethan, she is still not ready to disclose the truth to Ethan (even after he proposes). Maggie and Ben are really sweet with the former being happy that Ben’s cancer is in remission while hers isn’t. Their start of a love story might be one of the best parts of this episode and we simply can’t wait to know how the relationship blooms in the future.