Chicago Med S05 E16: How And When To Watch Online? 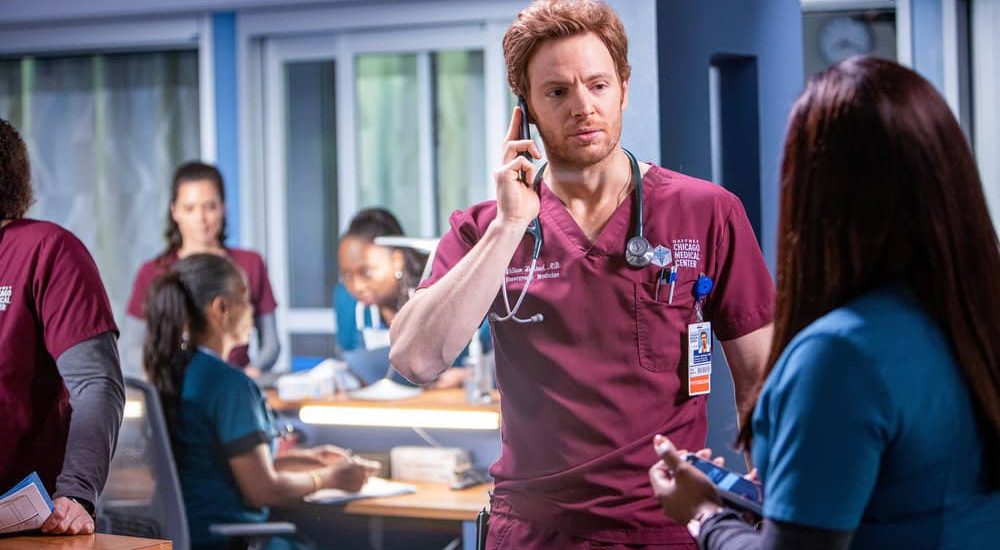 This week, in ‘Chicago Med’, we get to see a series of the most interesting medical emergencies. And what’s more? Each case has a story behind it, bringing in a dose of strong emotions. On the other hand, romance is brewing between Hannah and Will. But can Hannah be trusted with her drug addiction? Read on to know the details in our recap segment.

Now, if you are done with the last episode, you might wish to know more about how the story will take off from here. Read on to know the details of the upcoming installment, i.e ‘Chicago Med’ season 5 episode 16.

Chicago Med Season 5 Episode 16 Release Date: When Will It Premiere?

Here is what to expect from the upcoming episode as per the official synopsis: “A convicted murderer’s escape hits close to home when several members of the team find themselves in danger. Dr. Charles and Dr. Halstead continue to clash over patient treatment plans. Dr. Choi and April discover the truth about a patient’s scam. Maggie finally receives some good news.”

After the last episode’s conclusion, when Hannah asks Will to come over to her place, the latter indeed agrees and spends the night with her. He then asks her the next morning to report about her drug addiction to the board. Dr. Natalie Manning attends her patient Lewis, who is suffering from stomach ache. Will is visited by a pregnant patient, Sienna, whose OB is Dr. Hannah Asher. When Hannah does not receive Will’s call, the latter goes to look for her.

Will enters Hannah’s office and discovers that they canceled her first appointment. In the Lewis case, it is unveiled that he has not only poisoned himself but he is another guy named Derek, who is under this alias to pretend that he is Harper’s dad. The entire arrangement was orchestrated by Harper’s mum Elaine.

On the other hand, Sienna is having serious complications and Will tells Maggie that he will call Hannah. But Will cannot find Hannah in the safe injection site and informs Sienna that she and her baby are not getting enough oxygen and if she doesn’t agree to the c-section soon, both of them will die. Finally, Sienna agrees. Meanwhile, Derek also reveals that he had taken cyanide.

Sienna’s c-section is successful and she gives birth to a healthy though premature baby girl. Daniel, Natalie, and Elaine then reveal real truth to Harper about the identity of her real father.