Chicago Med Season 6: Everything We Know 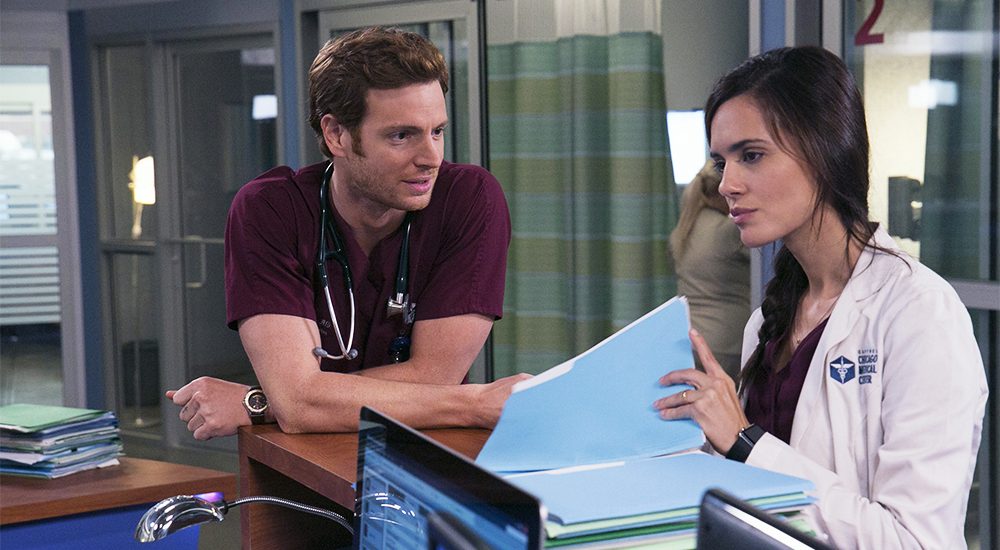 ‘Chicago Med,’ the third installment of the ‘Chicago’ franchise, is a medical drama television series that follows the day-to-day chaos of the city’s newest state-of-the-art facility, Gaffney Chicago Medical Center, and the strength holding it all together – the doctors and nurses of its emergency department. On February 27, 2020, NBC officially gave three-year pickups to the high-performing franchise, comprising ‘Chicago Fire,’ ‘Chicago P.D.,’ and ‘Chicago Med.’

The multiple-season renewal takes ‘Fire’ through season 11, ‘P.D.’ through season 10, and ‘Med’ through season 8. So, what can the viewers expect from the medical drama when it returns for its next installment? Here’s everything you need to know about the ‘Chicago Med’ season 6!

Earlier this year, the show – along with the other two ‘Chicago’ series – had to end its season a couple of episodes short because the production was shut down due to the lock-down restrictions imposed on a global scale in the aftermath of the coronavirus outbreak. With the number of patients going through the roof on the daily, there has been a two-month-long delay in the filming of season 6’s premiere.

Chicago Med Season 6 Cast: Who is in it?

With season five’s new cast addition, Dr. Crockett Marcel (Dominic Rains), you can expect more back story to come in the upcoming season. When asked to provide insights into the character, Rains said, “I think right now we’ve been so focused on making sure that people see Crockett as a doctor.” He added, “They were introduced to him as a doctor and to see how he works. Then I think slowly things will unfold for him in his personal world.”

Chicago Med Season 6 Plot: What can it be About?

‘Chicago Med’ season 5 was poised to end with a bang of a cliffhanger, by the same token, as we’ve seen it concluded the previous seasons (Case in point, season 4’s gruesome and tragic closure for both Dr. Connor Rhodes and Norma Kuhling). However, the last season ended on a quieter note owing to the COVID-19 pandemic sweeping the world and affecting TV and film production across the United States. Given the premise of the show, we might get a window into the real-life events that are currently taking place. It could potentially be a fresh scope for the show to shed a light on the ongoing situation while also grounding the story in reality for a change.

As far as the personal trajectory goes, the new season will likely explore a budding relationship between Natalie and Crockett which had been hinted at in the latter half of season 5. Meanwhile, April and Ethan might give it another go. We have seen Will going steady with his latest paramour, Hannah Asher, so we will have that to wait and see how that dynamic plays out in the sixth season.