Chicago Med Season 6 Episode 2: How And Where to Watch Online? 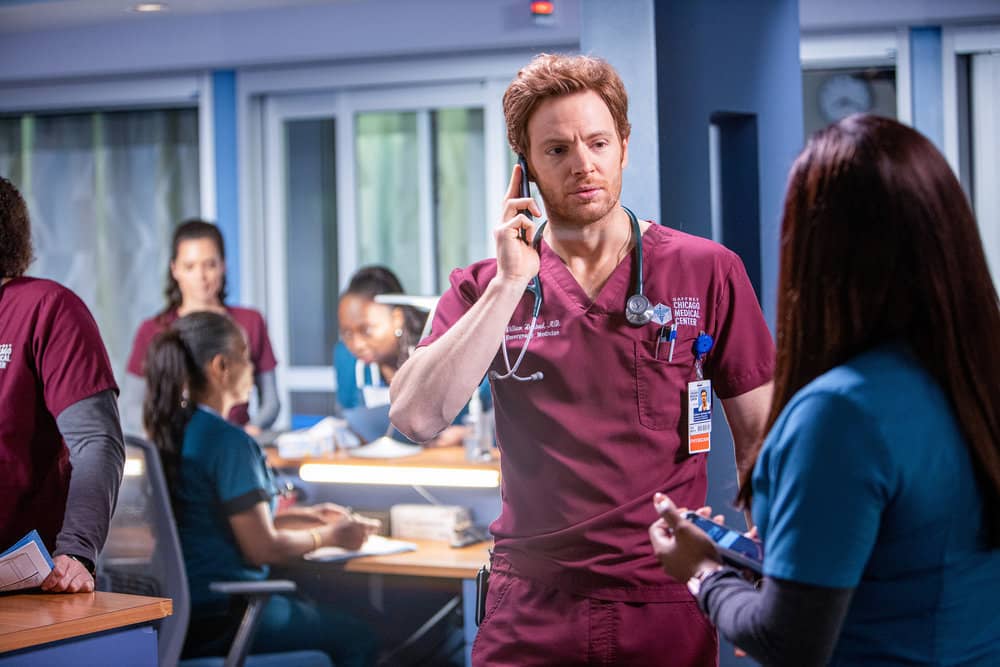 ‘Chicago Med’ season 6 made its much-awaited premiere on November 11, 2020, with a COVID-themed episode. And one of the doctors even gets infected with the virus after contracting it from a family member. The ED dons a full-fledged pandemic mode, complete with PPE kits, UV light machines, safety protocols, and mandatory testing. In the midst of everything, the docs also face their own relationship drama. Well, we will get to the details of the premiere in our recap section. But before that, here is a quick rundown of the second episode.

Chicago Med Season 6 Episode 2 Release Date: When Will it Premiere?

The upcoming episode is called ‘Those Things Hidden in Plain Sight’. The episode sees Goodwin announcing the name of a new ED Chief. However, not everyone is happy after receiving the news. Dr. Manning decides to stand up for one of her patients and finds herself dealing with the repercussions. On the other hand, Dr. Charles attends to family-related issues. You can also check out the official promo for week 2 of the ‘Chicago One’ franchise below:

Television nerds can catch the latest episodes of ‘Chicago Med’ immediately when they are released by tuning in to NBC at the above time slot with a cable subscription. If you wish to resort to online viewing, you can watch the episodes on NBC’s official website. Cable-free options include live-streaming the season on Fubo, DirectTV, and YouTube TV. Previous seasons are available on Hulu and on Amazon Prime Video (after purchase).

A few days after the pandemic hits, Will is finally relieved that all the safety protocols are in place and are proving to be effective. Even the PPE kits are enough. Dr. Charles is recovering from COVID, and since he contracted it from his daughter, she thinks that he is angry with her. Meanwhile, Goodwin is working from home after being diagnosed with diabetes.

When Hannah falls unconscious after self-injecting a syringe, Will admits her in ED. They have moved in since the quarantine and Will confesses that he loves her in the ambulance. Charles warns him that some addicts replace drugs with romance. Hannah wakes up and says that she will go back to rehab. However, their relationship has problems — Hannah resorted to drugs when they had an argument. And Will is just waiting for a relapse.

Hannah insists that Will accompany her to LA to the rehab. She fears that without him, she will start using again. Will denies and states point blank that she needs to be sober — with or without him. Else they should go their separate ways. On the other hand, Ethan, even after breaking up with April, is concerned when he sees her working for the third consecutive week in the COVID ICU. But April does not agree to quit — saying that the patients need her attention.