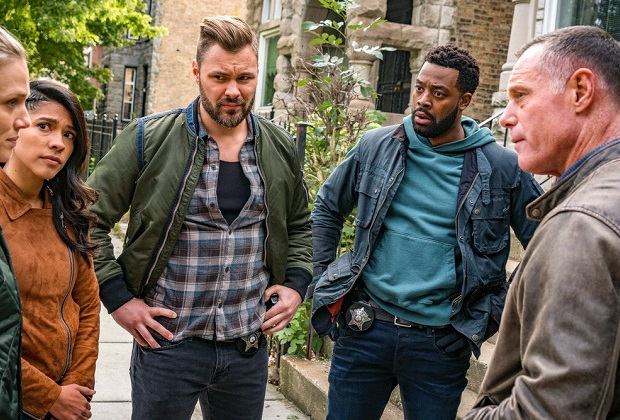 We all know that there are two types of bad cops — one who crosses legal boundaries for his own gains and needs to be taken down. The other is someone who resorts to dirty means to do what needs to be done and still manages to walk free because of his power. Well, this conflict forms the focal point of this week’s episode. We will come to that later.

Now, if you are already done with the last episode, you might want to know when and where the next part will be available for fans. Scroll down to get the details of the upcoming episode, i.e Chicago P.D season 7 episode 13.

Chicago P.D. Season 7 Episode 13 Release Date: When Will It Premiere?

Here’s what to expect from the upcoming episode as per the official synopsis: “After receiving a distressing 911 call, Burgess enlists the team’s help to track down a girl caught up in a sex-trafficking ring.”

The episode starts with the team executing a major drug bust. But then, Upton recognizes the leader as one of their own – Kelly Tyler who had attended the academy together with Upton. The crew thinks that maybe Kelly was on the site because of some other mission. But they know that there’s no additional sting operation undergoing nearby. So, he must definitely be dealing with drugs.

Further probing reveals that Tyler had bought several properties using only cash. A storage locker under his name is discovered to hold huge quantities of cocaine, which were supposed to go to the Drug Vault for Chicago PD. The additional investigation points to the involvement of a second cop. And since Sergeant Jake Gibbs runs the vault, he becomes the main suspect.

When the team follows him, they find Darius Walker, CI to Voight, on the site. After Voight asks Darius what is going on, the latter demands a price for divulging the names of the involved officers to Intelligence. The crew then organizes a sting operation to reveal the dirty cops and is shocked when Lieutenant Mike Packer turns up during the drug deal.

Voight conveys this information to Crawford and they together approach the State’s Attorney, who says they don’t have a strong case and would need to name the CI in order to prove his credibility. Voight hesitates since he had earlier assured Darius that the latter would stay clear of all this. But having no choice, Voight gives his name to the SA and informs about this development to Darius. But it seems Darius has his own plans.

When Intelligence tracks down the dirty cops to the site where the drug bust was to be executed, all of them are found dead. Since Darius did not want his name to be dragged into this mess, he ended up killing everyone. Crawford and Voight cover up the case, claiming that the cops had died heroically in the line of fire.

But Upton, unable to overlook everything, discloses Darius’ true identity. And later, his body is discovered. Apparently, he had been tortured to death.