‘The Unremarkable Juanquini’ is a silly Spanish comedy-drama that surprisingly follows a reasonably elaborate plot. The show blends several genres in its runtime, and if not anything else, it keeps you entertained with its reels of gags and punchlines. It eventually ends on an ambiguous note, and as a viewer, if you’re not paying close attention, you’ll find yourself scratching your head in its climactic moments. So in case, you missed all the subtle details of the show that later align with its end, here’s an explainer for you.

Juanquini is the main titular protagonist of the show, who struggles to keep his family afloat with his unremarkable magic skills. But despite his failures, his family supports his knack for magic and he keeps his head above water by landing a few gigs here and there. Unknowingly, Juanquini gets his “big break” when a mafia is impressed by his magic skills. He is then invited to the Mafia’s party to perform his magical tricks for a very menacing crowd. As expected, none of the guests are impressed by Juanquini’s tricks and they start booing him. But even during these moments, the mafia, Nato, supports him and gives him the opportunity to pull off an impressive trick that would win over his crowd.

While Juanquini performs this life-changing magic trick, the police force starts surrounding Nato’s home to arrest him. Back at Nato’s home, to everyone’s surprise, Juanquini makes Nato disappear but is not able to bring him back. Later, when the cops get there, Juanquini is held responsible for Nato’s escape and is arrested. Realizing that his life will never be the same, Juanquini tries to prove his innocence, while his family goes through its own set of dilemmas. In the meantime, back the police department, cops wallow in their own snags after they fail to find to Nato.

Since Nato was a renowned drug cartel, foreign police forces also get involved in the case. When they, too, fail to track him down, they decide to send Juanquini to a US prison, since he seems to be an abettor to Nato’s crimes. However, along the way, even Juanquini disappears. Later, it is revealed that he was simply rescued by Nato because Juanquini had helped him escape when the cops were hunting him down.

Nato also reveals it to him that he had not technically disappeared. Juanquini had just made him invisible using his magic. Nato later takes Juanquini to his home and makes him stay with his own family. He hopes that Juanquini would help him escape the police again by making all of his black money invisible. But since Juanquini fails to justify Nato’s motives, he is not able to perform his magic.

The Ending: Who Was the Priest in the End? 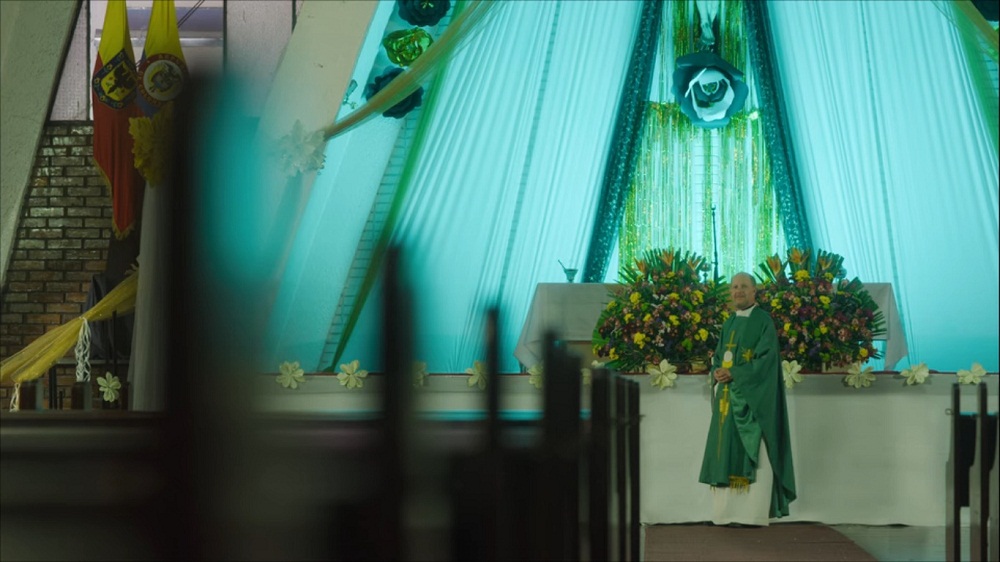 After watching the show, most viewers would first start wondering if Juanquini was actually some kind of a sorcerer or he had some brilliant trick up his sleeve. The ending scene of the series makes it pretty evident that Juanquini was actually a magician with real supernatural abilities. In the final moments of the show, Juanquini tries to make an escape from Nato and the cops. He meets them at a church and tries to leave town, hoping to never look back again. But his son’s teacher, who tags along with them, discloses their whereabouts to Nato and he catches them. 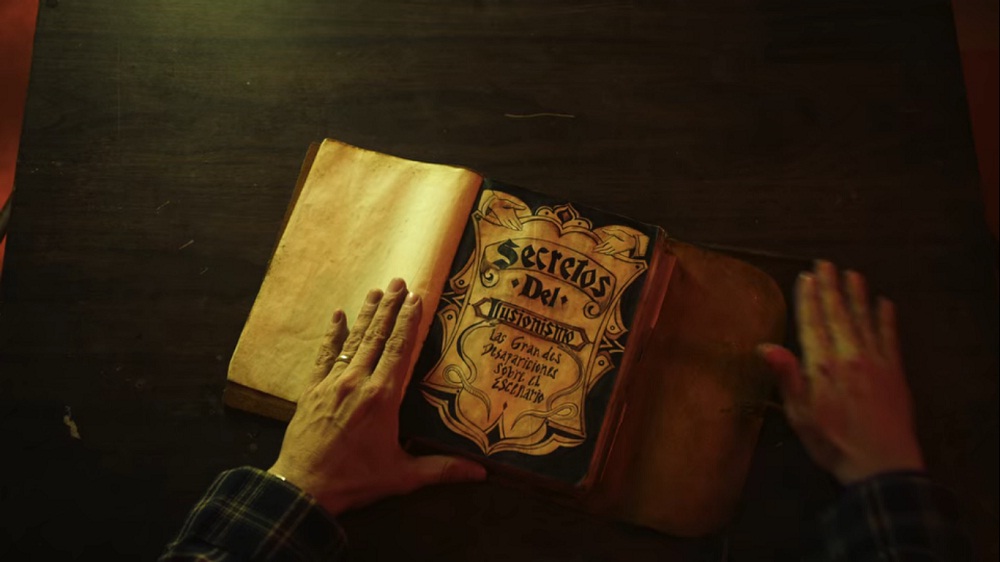 In the meantime, two cops, who were hoping to catch Juanquini in the church, arrive there just after he leaves. Disappointed by their efforts, as they make their way out of the church, a priest standing behind them disappears into thin air. If you can recall, in the first episode itself, Juanquini first practices his disappearing act on his cat. He uses a strange hand-drawn book of magic to practice his spells. Even after his cat disappears, he is able to hear her but not find her anywhere. This explains that just like Nato, even the cat had become invisible.

Moreover, in the 4th episode, one of the cops investigating the case meets a priest to find out more about Juanquini. The priest tells him that he was born in a very poor family and his mother died right after giving birth to him. Soon after this, even Juanquini’s father disappeared and he later grew up in a parish. The priest also tells him that he taught him magic and even calls Juanquini the heir of the greatest magician, Merlin. All of this makes it pretty evident that Juanquini is a real sorcerer, that too, a very powerful one. The priest in the closing scene could either be Merlin or Juanquini’s father who had disappeared right after his birth. And since the ending suggests that Juanquini is a very strong mage, he’ll eventually be able to escape Nato as well.