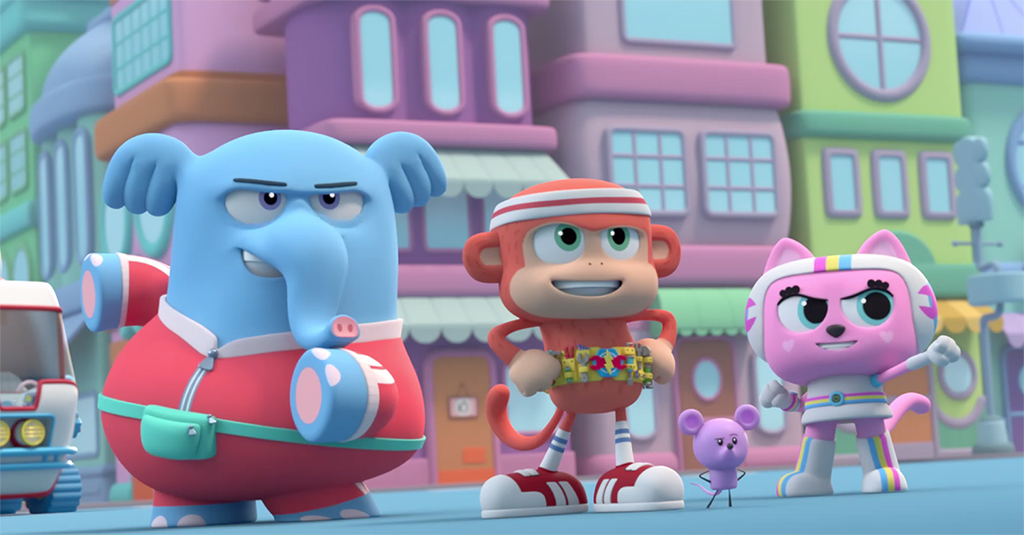 Netflix kids’ show ‘Chico Bon Bon: Monkey with a Tool Belt’ is the animated adaptation of Chris Monroe’s illustrated series of picture books. Monroe’s understated collection is definitely witty and is filled with fun, intricate line drawings, and the streamer does justice to this source material.

The titular character is a smart wiz-monkey who can fix almost anything with his quick, handy tools and genius mind. Featuring a hapless town, inhabited by mindless dorks and bringing with it bright, cheery animation, ‘Chico Bon Bon’ even features some joyful musical scores. No wonder, the show is a hit with pre-school kids and hence, has spawned two remarkable seasons. If you wish to know when its third season will hit the streamer, we have you covered!

‘Chico Bon Bon’ season 2 released on July 1, 2020, on Netflix. It consisted of 10 14-minute episodes. Because of its combo of educational and entertaining content, especially geared toward children, both the seasons of the show were well-received by fans. Moreover, when the series was originally commissioned by the streamer, it was ordered for a whopping 4o episodes. And Netflix is releasing the episodes in parts. And now, we have the release date of the next batch of episodes. ‘Chico Bon Bon’ season 3 premieres on September 22, 2020!

Chico Bon Bon Season 3 Cast: Who Can be in it?

Chico Bon Bon Season 3 Plot: What Can it be About?

The star of ‘Chico Bon Bon’ — the titular monkey — is a very resourceful character, who can fix almost anything. Netflix describes it as a story about a “monkey mechanic Chico Bon Bon and his Fix-It Force, who, armed with tools and mechanic smarts, helps the people of Blunderberg solve all of their problems.”

Helmed by Bob Boyle, Michael Goldberg, Kurt Mueller, and Gabe Pulliam as the creators, this fast-paced, quirky animated series, directed toward 3-5-year-olds, revolves around Chico and his Fix-It Force as they help their technically challenged hometown in tackling engineering problems. Each episode also brings with it a short lesson on science — which makes the show informational as well. Season 3 will stick to the same premise and continue to follow Chico and gang as they tend to the needs of their townsfolk in fixing serious and sometimes, silly engineering problems.