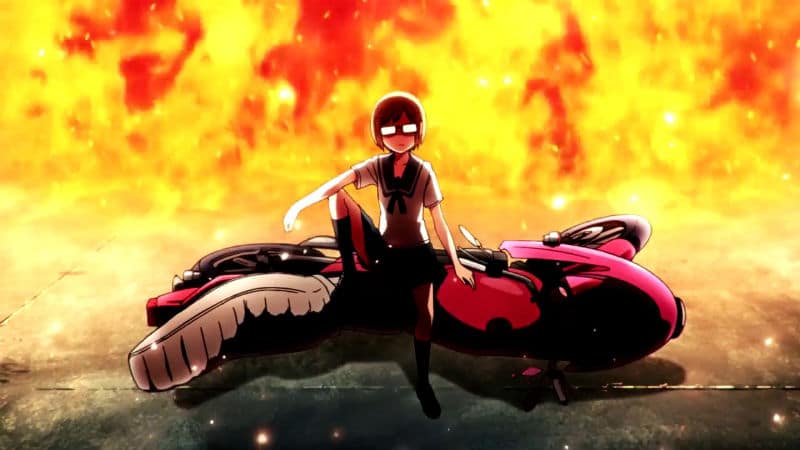 Chio’s School Road (also known as  Chio-chan no Tsūgakuro in Japanese) is a comedy anime television series which is based on a manga series of the same name. Written and illustrated by Tadataka Kawasaki, the manga series was first published on April 5, 2014 and it ran till September 5, 2018. Towards the end of the lifespan of the manga series, an anime studio called  Diomedéa announced plans to adapt it into an anime television series, and Season 1 of Chio’s School Road premiered on July 6, 2018. It was an immediate hit among fans of the manga series and new viewers alike, and since then, fans have been waiting to hear news on a second season. Here’s everything we know about Season 2 thus far.

Chio’s School Road Season 2 Release Date: When will it premiere?

Chio’s School Road season 1, consisting of 12 episodes, premiered on July 6, 2018 and ran till September 21 of the same year. However, in spite of Season 1 being quite a hit, a second season has not been announced yet.

That being said, there’s no reason to get worried just yet. Anime shows sometimes take five years to renew, and hence, there’s plenty of time for Diomedéa to announce a second season. Further, Season 1 of Chio’s School Road adapted 27 chapters of the 53-chapter manga series, which means 26 chapters are yet to be adapted. Given this fact, we think there’s a good chance of the show being renewed as there’s enough source material for a second season. If that happens, our best guess is that Chio’s School Road season 2 release date could be sometime in 2021. We will update this section as soon as we hear more. We’re keeping our ears open for news on Season 2 of Chio’s School Road, and we’ll update this section as soon as we hear something reliable.

Since there are plenty of references to Western culture in Chio’s School Road, an English dub of the show was ordered from the start. The English dub does a good job of capturing the essence of the show, and if you want to watch the show in English you can find dubbed episodes on Funimation, Crunchyroll, Hulu, and Amazon Prime.

As the name of the show suggests, Chio’s School Road is all about the titular character Chio’s commute to school.

While walking to school can be a chore for any average student, for Chio, the commute to school always turns out to be an adventure which is never short on variety. Always running late due to her late night sessions of playing video games and reading books, nerdy bookworm Chio is forced to come up with new, innovative routes to the Samejima Private Academy if she is to reach school on time.

As a result of the weird routes Chio sometimes takes to school, her journeys are never boring and frequently bizarre. Be it having strange conversations with her friend Manana, dealing with overzealous biker gangs, navigating detours, or performing death-defying feats of parkour, Chio is always up to the task and will do anything to avoid her school’s harsh penalties for arriving late.

The show, in each episode, depicts these adventures, and follows Chio as she tries to reach school on time. Despite this extremely simple premise, Chio’s School Road is a hilarious show, especially for those who can relate to Chio and her antics.

Chio Miyamo: One of the two main characters in the show, Chio is a nerdy high school student who loves playing video games and is also a bookworm. Her video game addiction is declared at the onset of both the manga and the anime series, and it’s implied that Chio quite some time playing video games at night. Chio particularly likes shooter games and is a legendary assassin called Bloody Butterfly in one of the games she plays. As a result of her extensive gaming experience, quick thinking, and willingness to try all sorts of crazy things, Chio comes up with innovative ways of reaching school on time despite starting late almost every day. As far as Chio’s personality is concerned, she is shown to be a shy person who does not like going to school. Understandably, Chio hates drawing attention to herself and does everything she can to avoid barging into class late, which attracts harsh penalties.

Manana Nonomura: The second main character in the show, Manana is Chio’s childhood friend and the two have known each other since elementary school. She is perhaps the only one in the show who is at least willing to keep up with Chio’s antics. Unlike Chio, however, Manana is not a video game addict but instead likes spending her time consuming television content and partaking in everything the internet culture has to offer. Despite her closeness to Chio, the two sometimes try to backstab each other. However, this hardly puts a dent in their friendship and they continue to be good friends.

Mayuta Andō: A delinquent and the leader of a biker gang, Mayuta had a fearsome reputation and people in his neighbourhood used to fear him as they would a demon. However, life for Mayuta changes when Chio runs into him one day and convinces him to leave the biker gang and lead a normal life. This conversation precipitates a behavioural change in Mayuta and he quits the gang to earn an honest living as a convenience store clerk. At the same time, Mayuta also develops a crush on Chio, and often goes to extreme and bizarre lengths to try and become the centre of her attention.

Chiharu Andō: Mayuta’s younger sister and also a member of the biker gang, Chiharu’s life is turned upside down after Mayuta quits the gang and becomes a convenience store clerk. Out of love for her brother and their biker gang, Chiharu vows to find the woman responsible for convincing Mayuta to quit the gang. Chiharu is also shown to have a bad habit of poking other peoples’ bottoms.

Gotō: Another frequently recurring character in the show, Gotō is a teacher at the Samejima Private Academy and stands at the gates of the school every morning to mark all those who arrive late. Although he cares deeply about the students, he also enjoys his job of disciplining them.

Momo Shinozuka: A second year high school student at the Samejima Private Academy, Momo is part of the disciplinary committee of the school and assists Gotō in finding students who are late and disciplining them.