Chip and Agnes Hailstone From Life Below Zero: Everything We know

“Life Below Zero” documents the fears and fights of those who spend more than half their lives surviving in the thick Alaskan forests that are covered with inches of snow. Along with the danger of being frozen to death, they look for ways to cope with the nights that are even more terrifying, abound in wild beasts. BBC Worldwide has been following six such lives which include the riveting story of Agnes and her husband Chip Hailstone.

The show mainly follows the daily struggles of Agnes who did not choose this lifestyle but was born into it. The otherwise peaceful family life led by the couple and their 7 children hit a rough patch in 2017 when her husband, Chip, got arrested and charged for perjury and making false statements. She carried on with the hunting duties assisted by their younger daughters. Here is what we found about them before they appeared on the four Primetime Emmy award-winning show!

Chip and Agnes Hailstone: Age and Where are They From? 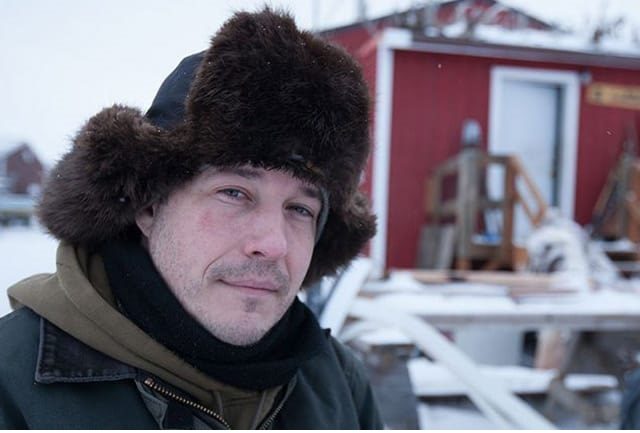 Edward V Hailstone, known as Chip Hailstone on the show, was born on 5th March 1969 in Kalispell, Montana. At a very early age, he learned various survival skills like fishing,  hunting, and basic crafts from his father, Daniel Franklin Hailstone. Lured by the adrenaline rush he felt while hunting, Chip visited Alaska in 1988 and decided to never go back to Montana. The 19-year-old boy permanently moved to Noovrik, by the Kobuk River, and also found his one true love in an Alaskan native, Agnes. 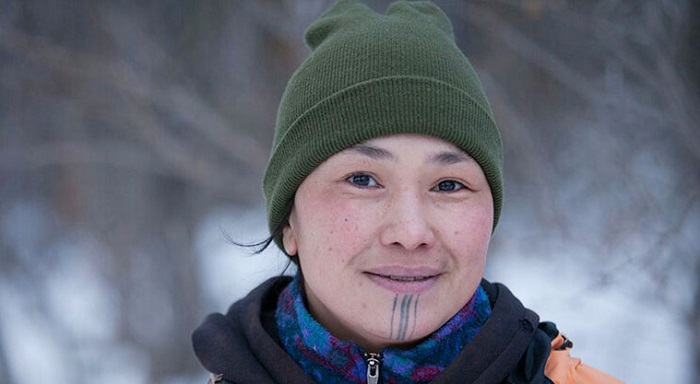 Three years younger to him, she was already married when she met Chip and had two sons from her ex-husband. Her childhood was spent residing in the remote region of Noorvik with her family and learning their traditions. She is an Eskimo and belongs from a Northern Alaskan tribe, Inupiaq. It is a hard possibility that she ever received any formal education. The formative years of her life taught her ways to hunt animals and tan them to use body fats for oil, and remaining parts for handicrafts and household materials. She is well aware of interesting tips and tricks of tackling the difficulties posed by her hometown posed for instance use of Ulu, an all-purpose knife. The audience gets to see a completely different side of the world through her.

The exact details of their first meeting remain unknown yet the viewers have been told they the two tied the knot around 1992. During the 25 years of their marriage, Chip and Agnes have begotten five daughters, Tinmiaq, Iriqtaq, Mary, Caroline, and Qutan Hailstone. She also has two sons, Douglas and Jon, from her previous marriage and Chip treats both of them as his own. Despite living life in its most traditional sense, the Hailstones are providing for their children’s proper education. The eldest daughters, Tinmiaq and Iriqtaq, were homeschooled in the beginning but then moved to a local school in Noovrik. The children also play basketball and are active athletes. Recently blessed with a grand-daughter from their eldest girl, Chip and Agnes have lived a blissful life of companionship and mutual trust. The audience has witnessed their co-dependent equation for more than 7 years now.

Agnes works with Carol to rebuild a solid fishing net, while Chip makes his wife a new needle.

“Life Below Zero” came to Chip and Agnes Hailstone with an objective to chronicle the lives of subsistent hunters living off the beaten track. Since 2013, their fans have enjoyed learning more and more about the knowledge passed down to Agnes of sustainable ways to live a nomadic life. The passionate hunting of Chip even after the temperature dips below zero degrees keeps the audience hooked. He has been an active part of the show since its inception. But the fact that he did not feature in its 10th season got his fans all worried. 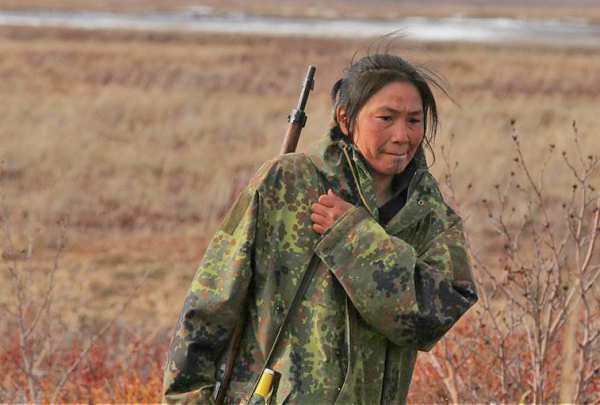 In 2011, Chip reported to the local authorities that an Alaskan state trooper, Christopher Bitz, physically assaulted his daughter Tinmaiq. Allegedly, he also disclosed another incident in which she was threatened with a pointed rifle in her direction after his stepson got into an argument with the same Noorvik resident. After being put on three years of probation for lying to police, he appealed the ruling but it back-fired. He got sentenced to 15 months behind the bars amid the filming of the show’s10th season. His family dearly missed having him around and had to perform most part of his hunting responsibilities. After spending only months in jail, Chip was released in the spring of 2017 and cleared of all convictions by end of the year. He got right back to the shooting, literal and figurative, and Nat Geo continues to showcase their co-existence with harsh nature that does not stop surprising them.

Read More: Where Is Life Below Zero Filmed?