Are Chris and Whitney From The Bachelor Still Together? 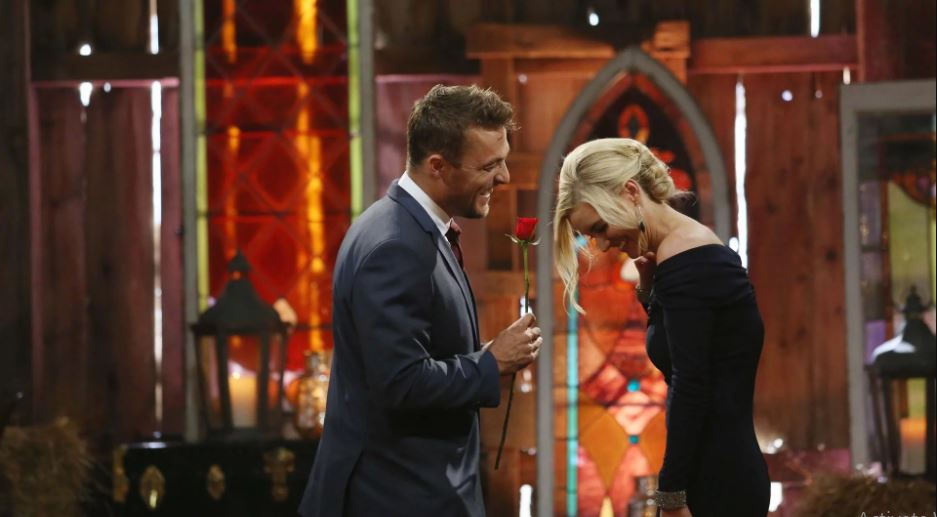 Ever since ‘The Bachelor‘ premiered on ABC in 2002, the way America sees love and dating has completely shifted. The long evening gowns, the adventurous dates, and the competition of it all just makes the reality dating series a perfect guilty pleasure watch. The concept is simple, to find his true love and life partner, a handsome bachelor dates a group of women over several weeks and tests his compatibility with each and every one of them.

When it comes to the couples who have found love on ‘The Bachelor’ and its various franchises, history has shown that the odds are almost always against an everlasting union. However, some couples like Sean and Catherine do manage to make it all work. Curious to know how Chris and Whitney from season 19 of the incredible series fared? Let’s find out.

Chris and Whitney: The Bachelor Journey

Christopher Douglas Soules, a farmer from Arlington, Iowa, is the youngest child and only son of Gary and Linda Soules. Having three older sisters, he always knew how to respect women and treat them like they deserved to be. After being unlucky in love, he ditched the traditional route and decided to switch things up. So, he appeared on Andi Dorfman’s season of ‘The Bachelorette‘ and became a fan-favorite which led him to be a bachelor with his own season.

Instead of the usual 25, Chris had a total of 30 women to choose from, and one of those was the fertility nurse from Chicago, Whitney Bischoff. Even though it took her a bit of time to come into the spotlight and Chris’s good graces, when she did, she didn’t let the opportunity go. She was a part of a few group dates and even one-on-one dates, but the highlight of their time together had to be when they crashed a wedding for their first one-on-one date and made up the story about how they were engaged.

There were a few family troubles, but they both navigated it in a very mature and civil manner. Chris’s father said that Whitney was a “sure thing” but that Becca, the other finalist, was the one his son really wanted. However, when the latter was unsure about moving to his hometown to start their life together, Chris got down on one knee and proposed to Whitney near his farmland in Arlington, Iowa. After he said, “Everything about this moment feels right and I want the world to know that I love you, Whitney Bischoff, will you marry me?” she just could refuse.

Look at my beautiful fiance @whitb624! Finally able to be in public with the love of my life! Thank you bachelor nation for stickin through it all.

Are Chris and Whitney Still Together?

Unfortunately, Chris and Whitney couldn’t make their relationship work and called off their engagement after just six months together. “Whitney Bischoff and Chris Soules have mutually and amicably decided to end their engagement,” the couple’s statement regarding their breakup read. “They part with nothing but respect and admiration for one another and will continue to be supportive friends. They wish to thank everyone who has supported them through this journey.”

No one knows the exact reason for their split but there have been speculations that their different beliefs and ambitions were what made their relationship crumble. While Whitney is driven, Chris wanted someone who would be a good wife and a “homemaker.” Thank god they waited to get to know each other first instead of rushing to the altar and getting married.

Now, Whitney still works as a fertility nurse and has happily found love with Ricky Angel. They got married in a beautiful ceremony in October 2017 and even have a child together. You can check out a couple of her wedding and family photos below:

A year later and this guy still brings me coffee in bed every morning (no exaggeration), laughs at my jokes, and lets me watch my shows on the big TV. Ladies- don’t settle for less than “a Ricky!” LOVE YOU @rickyrange16

First Christmas in the books. Best one yet 😇

Chris, on the other hand, hasn’t had much luck, in a relationship, or in his life in general. Apart from the fact that he is single, in April 2017, he was arrested and charged with leaving the scene of a fatal traffic accident in Aurora, Iowa. And two years later, in August 2019, he was convicted after pleading guilty for Leaving the Scene of an Accident. Although he didn’t get jail time, he is on probation for two years.

Feeling like I'm on top of the world! 🔝🌎 Thanks for the views @empirestatebldg !! 📸: @thejtsimon