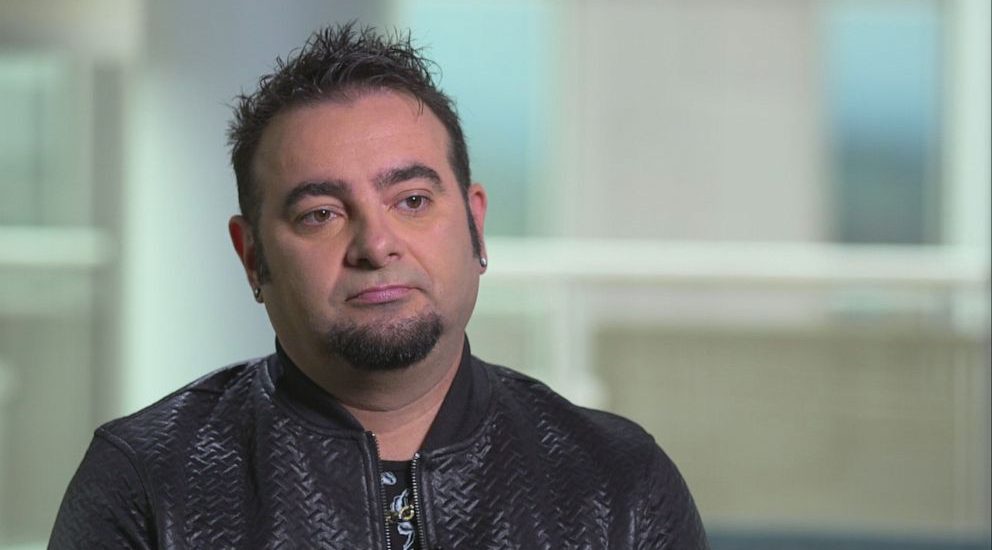 ABC’s ’20/20′ is an insightful program that focuses more on human interest stories rather than simply using international or political subjects as their focal point. With every new episode comes exclusive interviews and hoard of never before known information directly from the mouths of notable figures from all around the world. And the case is no different for ‘The Hitman: From Pop to Prison,’ a special broadcast episode for Lou Pearlman’s cons within the music industry. It featured old clippings of Lou himself as well as interviews from the people he managed, including Chris Kirkpatrick.

Who Is Chris Kirkpatrick?

Having a mixed ancestry, Chris Kirkpatrick was born in Clarion, Pennsylvania, on October 17, 1971, following which he moved to Ohio for school and then to Orlando, Florida, for university. While he was there, he worked at Universal Studios and sang in The Hollywood Hi-Tones troupe, a throwback doo-wop group that consisted of aspiring singers and actors. In 1995, he was introduced to Lou Pearlman, who, at that time, was managing Backstreet Boys, and then, together, they founded *NSYNC.

From 1995 to 1999, the group gained amazing traction, and yet, they were all financially struggling. They knew it didn’t make sense, especially when they were selling millions of records, so, they looked into their own management and found out how Lou was cheating them of millions of dollars. Even when Lou sued them as the “sixth member” of the band, he was the one who lost, and then, the band, including Chris, all finally got their freedom.

Happy birthday to my lil bro @lancebass! May the fourth always be with you!

Following this drama, *NSYNC released their sophomore album “No Strings Attached” that sold 2.4 million copies in its first week alone, making a world record (only to be broken 15 years later by Adele’s 25). With the group, Chris sang countertenor and sold over 50 million records worldwide. While that was going on, he even opened up a clothing line named Fu-Man Skeeto in 1998, which sold urban and skater fashion clothes. However, it subsequently closed down in 2001.

Happy 20th Anniversary to No Strings Attached! Reminiscing this week has been amazing! Thank you to the @thedailypopcast and @lancebass for making it happen. And especially thanks to the fans for your support all these years. Check out all the anniversary merch on nsync.com. I especially love the clown stuff! 🤡 #NSA20

5 years after *NSYNC disbanded, Chris starred in a reality television show by the name of ‘Mission: Man Band,’ and after that, still pursuing music, he participated in the second season of ‘Gone Country.’ He fared really well on there, but could not win, and so, he stepped back from music for a while. Chris remained active in the entertainment business, though. He started doing minor acting roles and lent his voice to various cartoons and video games over the years, with the most prominent one being the voice of Chip Skylark on ‘The Fairly OddParents.’

On November 2, 2013, Chris moved forward in his personal life as well and got married to his long-time girlfriend, Karly Skladany, at the Loews Resort Hotel in Orlando, Florida. More than 3 years after that, they announced that they were expecting their first child together, and in October of 2017, Chris became the father of a son, Nash. Now, residing in Nashville, Tennessee, Chris focuses on his family most of all, and once a week, he uses his Instagram to hold a Pop Trivia night, live.