Are Chrishell Stause and Justin Hartley Still Together? 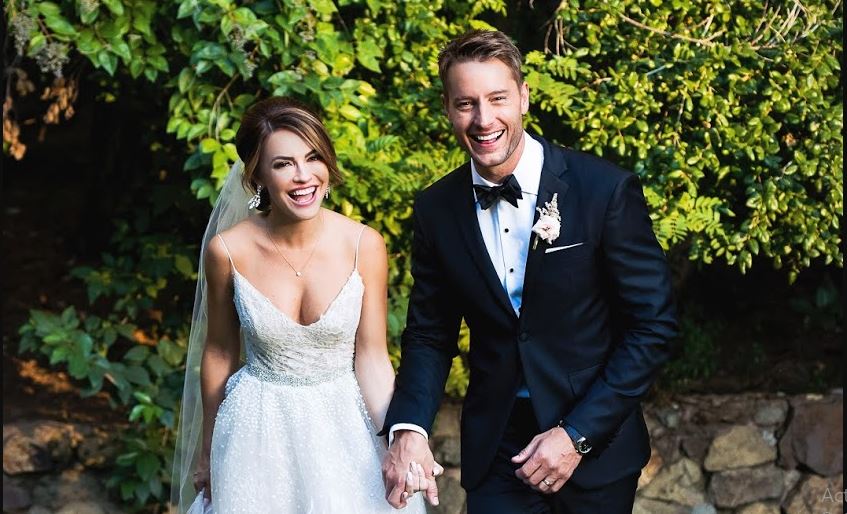 The lavish lifestyles, the drama and the catfights that have been shown on Netflix’s ‘Selling Sunset’ gives us the feel of Bravo’s ‘The Real Housewives of Beverly Hills,’ but when the originality of the working woman in the real estate business is added, the end result is a refreshing and entertaining, never before seen, reality series.

The show provides a huge insight into the personal lives of the glamorous, gorgeous, and hard-working women of the Oppenheim Group real estate brokerage. And Chrishell Stause is one such employee of the firm. The actress started working in the real estate business because she had so much downtime, but what it made her realize is that she had a knack for helping first-time homeowners find their dream homes.

Since we’ve seen every aspect of her life play out in the series, of course, it’s only natural to want to know more about her, especially about her personal life. So, keep on reading to know all about her relationship with the ‘This Is Us‘ star, Justin Hartley.

Both parties had been in two very publicly unsuccessful relationships, Justin, with his ‘Passions’ co-star Lindsey Korman, and Chrishell with the ‘Glee’ star Matthew Morrison, but thankfully, they decided to give love another chance again when they met each other. Although the pair had met in passing and knew of each other because of the fact that they are in the same industry, they had never had the chance to have a proper conversation. But, when they connected via a mutual friend and went on a date, the whole situation turned around for the better.

Chrishell and Justin found themselves at a concert for their first date and ended up talking all night long. “The next day I texted my friend: ‘I found him,'” Chrishell told People. And, the feeling was definitely mutual, because in the same interview Justin revealed: “I drove her home and called the next day. We haven’t been apart since. I knew right away [and] was like, ‘Oh boy, here we go.'”

After four years to the day since their first official meeting, on October 28, 2017, the couple tied the knot in a small and private ceremony. They had a total of 75 guests and had a very intimate and elegant wedding at Malibu’s Calamigos Ranch. Chrishell stepped up to become not only a wife but also a step-mother to Justin’s daughter, Isabella, that he fathered with his ex-wife, Lindsey. They started building a life with each other in the Valley, and it seemed like they were a match made in heaven and that nothing in the world could tear them apart.

The best day, the best friends and family, the best wife! Happy first anniversary to my @chrishellhartley!! Let’s do 300 million more! Thanks to @raynefilms for capturing the moment.

Are Chrishell and Justin Still Together?

Unfortunately, no. In November 2019, Justin shocked everyone, including Chrishell herself, by filing for a divorce, citing irreconcilable differences. The couple had both acknowledged that they were having issues, but they had never officially called it quits, so Chriselle only found out about him ending their marriage when every news channel was talking about it. Although some sources suggest that fame was a cause, they haven’t openly discussed why their married life crumbled apart.

Still, it doesn’t look like either of them are too hung up on the other. A month after Justin had filed for divorce, in December 2019, Chrishelle filed for the dissolution of their marriage and has since been focused on her career. She still works as a real estate agent with the Oppenheim Group and has even signed up with a talent agency by the name of United Talent Agency, which makes it look like she might have big plans for her future in Hollywood.

BIG news day today! So excited to share! Links are up in my stories for more info! Thank you @deadline @thehollywood_reporter @netflix @unitedtalent I am so excited to work together! Lots more to come 🥳🙌🏽💗 (If you are not in the business, the is the equivalent of being accepted into an Ivy league school 😆😉💗) A dream day today! And can’t wait for you guys to see what we’ve been up to for season 2 #sellingsunset 😬😅 We have a LOT to fill you in on! 😬😆 Streaming on Netflix May 22nd! * * #Netflix #TheHollywoodReporter #Deadline #UTA #Lionsgate #SellingSunset #Season2 #HolyShit #GRATEFUL

Justin is focused on his professional career as well. He is still acting and pursuing other roles, and he seems determined to work hard and do whatever is needed to provide the best for himself and his daughter. We do hope that both Chrishell and Justin are able to find their own happily ever after soon. (Feature Image Credit: Chrishell Stause, Netflix: Selling Sunset)

Read More: Are Christine Quinn and Christian Richard Still Together?