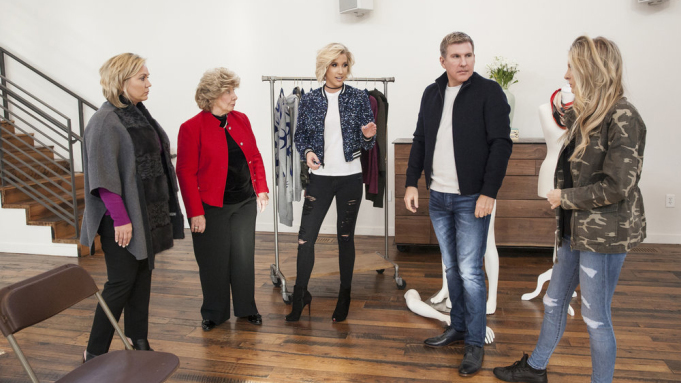 It seems fans in America can’t get enough of the Chrisleys! Following the debut of ‘Chrisley Knows Best’ Season 8 on July 9, 2020, the series has garnered an average of over 2 million viewers in each episode. We all know the premise of the reality drama — and in the current outing, the outspoken patriarch, Todd Chrisley, continues with his wild antics while being accompanied by his equally crazy fam. Across the episodes, we have seen Grayson acting out and irritating his mum Julie Chrisley. Even Nanny Faye is totally involved in the familial chaos.

The eighth edition, which aired its 10th episode this week, however, has gone on a break. And this is the tradition with the show — it airs its mid-season finale and then returns with new episodes sometime in a later month in the same year. So, now, let’s see when the 11th episode will land on tv screens.

‘Chrisley Knows Best’ season 8 episode 10 premiered on September 3, 2020, at 9 pm ET on USA Network. The 10th episode happens to be the summer finale. If you notice the pattern of the previous seasons, the show generally takes a break of around two-three months, following which it makes a comeback with fresh episodes. If the current installment follows a similar schedule, we can expect ‘Chrisley Knows Best’ season 8 episode 11 to premiere sometime in December 2020. We will update this section with the exact date as and when we learn more.

The new episodes of ‘Chrisley Knows Best’ Season 8 should stick to the existing schedule of releasing one episode every Thursday night at 9 pm ET. To catch up on the episodes, simply subscribe to the USA Network with the help of a cable subscription. Otherwise,  you can also watch the series online on USA Network’s official website. If you don’t have an active cable subscription, you can resort to the multiple live-streaming platforms. Some of the popular services are Fubo TV, DirecTV, Sling TV, and YouTube TV. Episodes are additionally available for rent on Amazon Prime Video.

‘Chrisley Knows Best’ season 8 episode 10 is titled ‘Snitchy Bitchy’. In the episode, Chase Chrisley and Nanny Faye are seen to be all geared up in prepping up for the upcoming Christmas celebrations. They even have decided on an elaborate competition idea. Chase explains to Todd that they have a golf cart that resembles Santa’s sleigh. They even have rein deers and everything!

Todd, seeing the set-up, thinks that he has seen this same idea being executed somewhere in the neighborhood. He tells Chase and Nanny Faye: “Well, that’s odd because I had at least 3 people tell me that they’ve seen y’all riding around the neighborhood peaking in people’s backyards.” Now, Todd wants answers! Nanny Faye then accepts that they did gather some tips while wandering in the locale. But she also says that she did not steal anyone’s idea but improved upon it.