Where Are Christa McAuliffe’s Husband and Children Now? 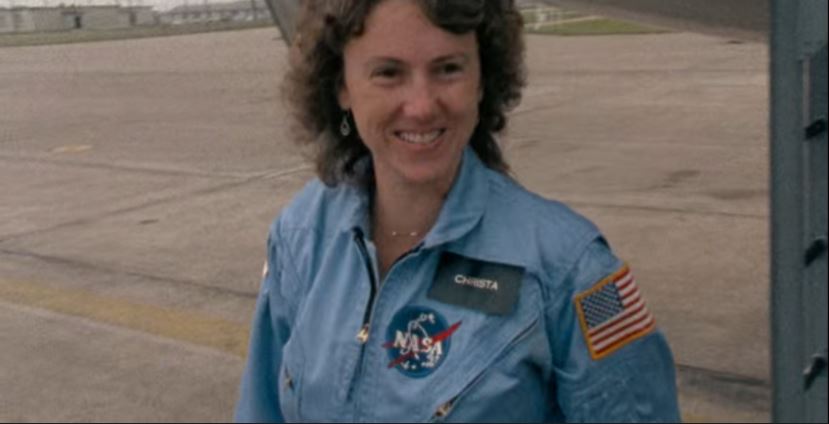 Created by Steven Leckart and Glen Zipper, ‘Challenger: The Final Flight’ is a four-part Netflix original docu-series that explores every aspect of the 1986 Challenger space shuttle disaster. It unpacks the unforgettable moment when America witnessed the national tragedy of the rocket exploding over Cape Canaveral, Florida, and killing all the crew members inside of it. Christa McAuliffe was one of the 7 who lost their lives. She was the first private citizen elected to go to space, but, unfortunately, she never made it. This series puts a bit of focus on her career, her journey to NASA, and her family life. So, if you, like us, are curious to know more about the latter, you’ve come to the right place.

Who Were Christa McAuliffe’s Husband and Children?

When Christa McAuliffe passed away as the shuttle exploded on January 28, 1986, she was the mother of two young children: Scott, who was 9 at the time, and Caroline, who was 6. Both of them were there in Florida, watching the takeoff with their father, Steve. In fact, Scott’s entire third-grade class had made the trip from New Hampshire for the launch. But, let us go back a little bit to completely lay down their relationship. Back when Christa and Steve were in high school – Marian High School in Framingham, Massachusetts – they met and fell in love with each other. They stayed together all through college, and shortly after they earned their Bachelor’s degree in 1970, they got married.

In 1976, while Christa was pursuing her master’s degree in education from Bowie State College, she gave birth to their first child, Scott. Then, after the family moved to New Hampshire and she landed a teaching position in Concord, the couple welcomed their second child, Caroline. Christa had been fascinated with space and its correlation with education for quite some time, so when the opportunity arose for someone to teach from space, she applied. When she got selected, almost everybody supported her, especially her husband, but it was her young daughter who didn’t want Christa to leave. Caroline wanted her mother to stay at home with her so that nothing wrong could happen. But, it did, in the worst of ways.

Where Are Christa McAuliffe’s Children and Husband Today?

Steve, or Steven J. McAuliffe, has made the most of what he has been dealt with in life. Of course, when he lost his wife, he was distraught, but he had two young kids to think and take care of, therefore, he completely immersed himself into his career and his role as a father. He had studied law from the Georgetown University Law Center and was even a captain in the JAG Corps from 1973 to 1977. When Christa passed away, he was working as an attorney in a private practice in Concord – a position that he held until 1992. Early that year, Steve, 44, President of the New Hampshire Bar Association, moved on and married Kathleen E. Thomas, 44, a reading teacher from Concord and mother of two.

Then, on September 9, 1992, Steve was nominated by President George H. W. Bush to have a seat on the United States District Court for the District of New Hampshire. He was confirmed by the Senate in October and received the commission that same month. Following that, he served as Chief Judge from 2004-2011, ultimately assuming the position of Senior Judge on April 1, 2013. Currently, at the age of 72, Steve McAuliffe continues to keep the memories of his former wife alive by serving as the Founding Director for the Challenger Center for Space Science Education. As for their children, they are all grown up now, in their 40s, and have also moved on with their lives.

Scott and Caroline live far away from the spotlight. They prefer to deal with their life and every aspect of it in private, and they rarely even take part in any public memorials for their mother. But, in saying that, Scott, a marine biologist, did attend Challenger’s 30th-anniversary ceremony, held by NASA in 2016, on behalf of his father and sister. And, we’ll be honest, that’s the last credible information that we have on them.