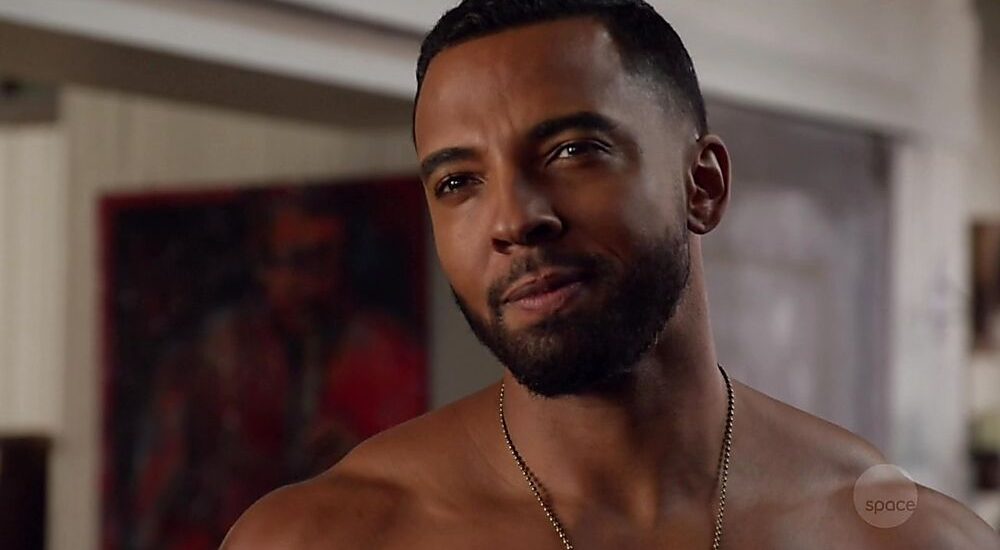 A native of Michigan, Christian Keyes is known as an actor, producer and author who has been around for nearly two decades. He started his acting career on stage with various productions in and around his hometown. Keyes also worked as a fashion model and fitness trainer for a while before making his feature debut in 2005 with the romcom ‘Diary of a Mad Black Woman.’ He played a small role of nameless man in the movie which was written by Tyler Perry. He played another minor, uncredited role in Perry’s follow-up to ‘Diary of a Mad Black Woman,’ the 2009 comedy ‘Madea Goes to Jail.’ The actor made his television debut with the family-drama series ‘Brothers & Sisters’ which premiered in September 2006 on ABC. Keyes played the role of a bouncer in one episode of the series.

The year 2008 brought the first credited roles for Keyes on film and television. He played the role of a physician named Harris in the televised play ‘What’s Done in the Dark’ from his regular collaborator Tyler Perry. He played the character of Dominic Michaels in the CBS series ‘Moonlight’, created by Ron Koslow and Trevor Munson. He also played a role in the Cinemax series ‘Zane’s Sex Chronicles’, which debuted in 2008.

Keyes played a series of guest roles during that period in popular television shows including ‘Family Time,’ ‘Beauty and the Beast,’ ‘Instant Mom,’ ‘Mistresses,’ and ‘Born Again Virgin.’ On the film side, his luck traced a similar trajectory with a number of uncredited of “invisible” roles in movies such as ‘Truly Blessed,’ ‘Perfect Combination,’ ‘Love Me or Leave Me,’ ‘Lord, All Men Can’t Be Dogs,’ ‘She’s Not Our Sister,’ ‘The Perfect Man,’ ‘The Bachelor Party,’ ‘He’s Mine Not Yours,’ and ‘Cheaper to Keep Her.’ Those minor roles helped him to keep up the momentum in the course of his career. Even though he was a reputed figure in the theater world, Keyes didn’t have any prior experience in acting in front of a camera.

“The biggest risk I’ve ever taken is packing up my whole life and moving to Los Angeles in 2006”, Keyes told Rollingout in a 2018 interview. “That was 12 years ago and I was unsure of what was going to happen. I had never done any real TV or film. I was wildly successful in the theater world and there was no guarantee that I was going to have any luck out here or any success out here. It was just in my spirit.”

Keyes got his long-awaited breakthrough with the 2011 rom-com ‘Let’s Stay Together’ on BET. Keyes joined the cast that includes Bert Belasco, Nadine Ellis, Joyful Drake, Erica Hubbard, and RonReaco Lee. The series went on to become a hit and his character Troy earned him critical acclaim and audience praise. The success helped the actor to land more roles in television shows.

He got his second breakthrough in television with the Bounce TV soap opera ‘Saints & Sinners.’ He plays the character of Levi Sterling in the show which depicts the turbulent relationships between the members of a Baptist Church in a small town. Keyes played his character for three seasons of the series, whose third season aired on May 27, 2018. Bounce TV announced that there will be a fourth season for ‘Saints & Sinners,’ in 2019. At this point you must be wondering what is the next Christian Keyes movie or TV show? Well, here’s the list of upcoming Christian Keyes films and TV shows scheduled to release in 2019 and 2020. We can only hope that the latest Christian Keyes movies would be as good as some of his recent ones. 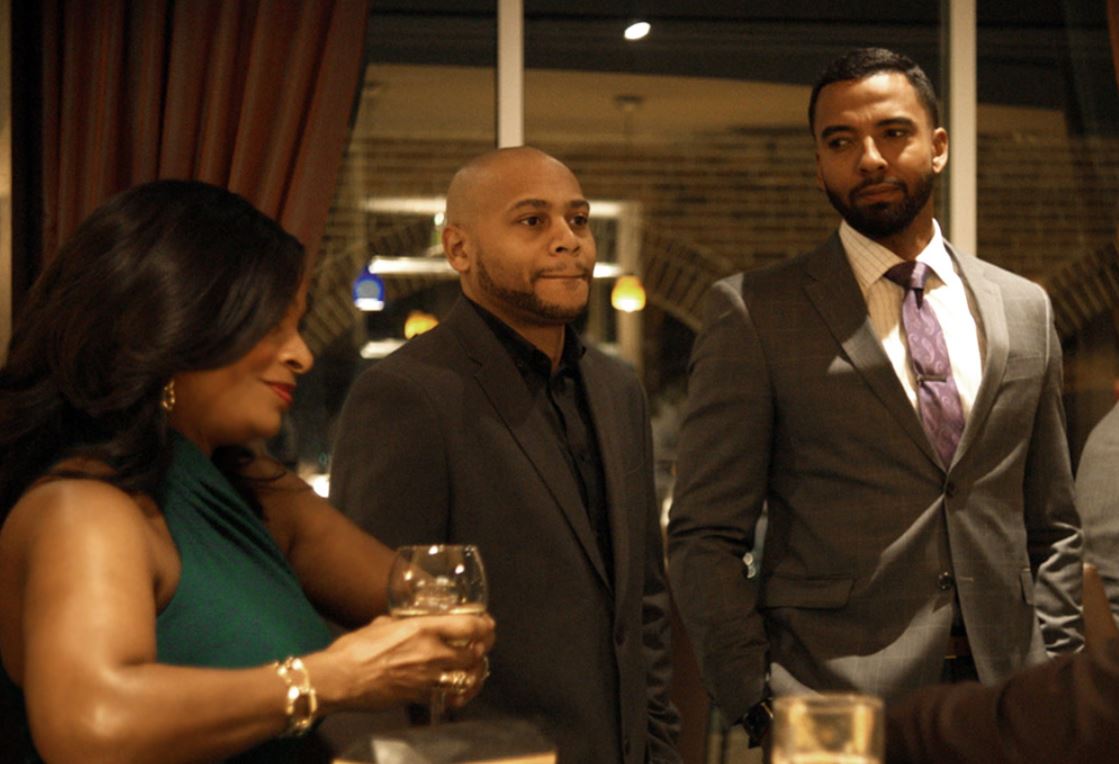 The highly anticipated fourth season of the hit drama series ‘Saints & Sinners‘ comes to Bounce TV on July 7, 2019. Greater Hope Baptist Church and its saints and sinners are expected to deal with more issues like lust, greed, and dangerous secrets in the upcoming season too. Created by Ty Scott, the show features Vanessa Bell Calloway as Lady Ella Johnson, Gloria Reuben as Mayor Pamela Clayborne, Jasmine Burke as Dr. Christie Johnson, Clifton Powell as Rex Fisher, and Keith Robinson as Miles Calloway, among others, along with Christian Keyes who plays the character of Levi Sterling. A recently released trailer for the fourth season reveals Mayor Ella Johnson navigating through the power hierarchy for a state senate seat using her influence. More details about season 4 are not known.

Christian Keyes plays the villainous demon Neron in ‘DC’s Legends of Tomorrow’ series which is based on the Arrowverse. It is the fourth series in the Arrowverse following ‘Arrow,’ ‘The Flash’ and ‘Supergirl.’ Neron is unwavering in his mission to “make Earth Hell again.” He makes a pact with Desmond to bind their souls together in return for leaving John unharmed. Though Neron manages to steal a few more souls before the final showdown with the Legends, John Constantine (Matt Ryan) throws him out of Ray’s body and kills him on the battleground. When the Rip Hunter’s ragtag team of heroes and villains return for a fifth season, Neron may come back with his hellish scheme to spread chaos as long as his pact with Desmond stands.

The main cast includes Maisie Richardson-Sellers as Amaya Jiwe/Vixen, Nick Zano as Nate Heywood/Steel, Tala Ashe as Zari Tomaz, Keiynan Lonsdale as Wally West/Kid Flash, Macallan as Ava Sharpe, Courtney Ford as Nora Darhk, and Ramona Young as Mona Wu/Wolfie, among others. ‘DC’s Legends of Tomorrow’ premiered in January 2016 on The CW. The network aired the fourth season of the series on October 22, 2018. In January 2019, The CW renewed ‘Legends of Tomorrow’ for a fifth season which is slated for an early 2020 release.

1. A Road to Daisies and Dandelions (TBA)

Christian Keyes will be seen alongside Tim Russ, Jonathan Chase, Tammy Townsend, Reggie Gaskins, Bishop Stevens, Tony Grant, and Jianyi Liang in the upcoming drama feature ‘A Road to Daisies and Dandelions.’ The movie is directed by Nicole Bowers Wallace from a screenplay she co-wrote with Allison Jordan. More details about the plot and characters of the movie are not known yet. The project is presumably trapped in development hell after the pre-production phase. As the filmmaker and cast members move on with other projects, the fate of ‘A Road to Daisies and Dandelions’ remains uncertain.